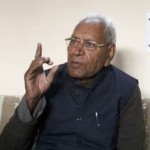 Janaki Nair reminds us that it’s really the tradition of sexuality in Indian culture that worries Batra and Co., not Western culture.

A 12-year-old girl in West Bengal set herself on fire after she was raped by a neighbour, and succumbed to her injuries.

A young woman was raped by a Lucknow businessman – a close friend of her family – in a horrifying, all-too-familiar chain of events.

It was reported that a woman was burnt to death by her husband for kissing (or returning late from a public event with) Rahul Gandhi. Reports since have said that she was not the woman who kissed him, and also that it could have been just for returning home late.

With elections around the corner, data shows that only 41% of the 18 and 19-year-olds registered to vote for the first time are women. 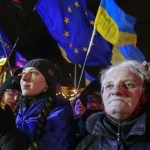 Women are standing on the frontlines of the protests in Ukraine, says this report. Interestingly, FEMEN – a Ukrainian feminist advocacy group – seems to be missing from the picture.

The hallowed halls of Vellore Institute of Technology get stupider and crazier. After expelling female students last year for protesting against discrimination, it issued a laughable circular telling students to “avoid physical contact except for handshake”.

An economics honors thesis claims that for men, the average salary increase after winning an Oscar is close to $3.9 million; for women, it’s less than half a million.

Bechdel fun: The New Yorker created a sooper quiz looking at which Oscar-nominated films this year pass the Bechdel Test, pitting them against older favorites. The detailed explanations and snippets of dialogue below make a happy bonus.

Oh, Google. It isn’t enough to not be evil. Spark Movement, a women’s activist group, has pointed that Google doodles drastically underrepresent women and people of colour. 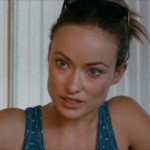 And now for some juice: Olivia Wilde is turning 30 and in her latest column, she makes a list of Dos and Donts for all women turning 30 in showbiz.

And VICE magazine decides to take a tour of the Museum of Contraception and Abortion. (Warning: Not for the faint of heart.)

Buzzfeed decodes the “Cool Girl” phenomenon in American pop culture with Jennifer Lawrence and other “Cool Girls” throughout history.

Let’s Get to Know Hima Das, India’s First Ever Gold Medallist in a Track Event

Firing Someone for Writing a Gender-Insensitive Memo is Fine. But What about Actually Addressing the Problem, Google?