We were painfully excited when we read about a brand-new Assamese short film on menstruation and menarche that’s going viral. Then we saw the actual short film, and now we’re just really very pained.

The warning signs came very early. The first frame of the movie looks like this: 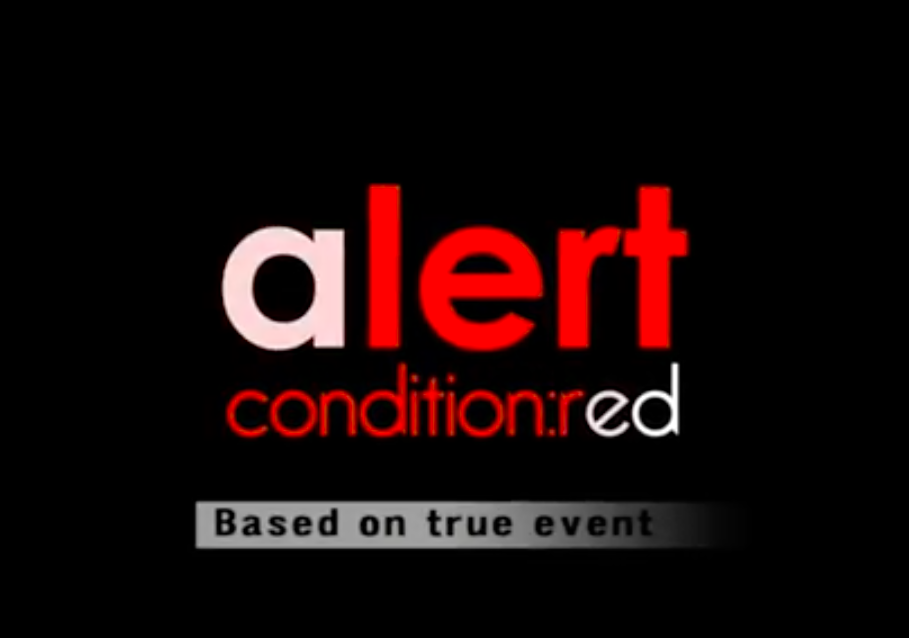 We’ll get back to the “based on true event” in a bit. Xahid Khan’s Alert Condition: Red follows a girl who looks well past menarche (to me) as she walks about a street in Assam. Her youth is signalled by her flouncy, white, baby doll dress, and we soon realise that Unnamed Child (let us call her Yoocie – y’know, UC, geddit? – for convenience) has just got her first period alone on the street.

It actually takes a while for the viewer to realise that this is her very first period, because she looks like she’s been riding the red wave for a few years now, but that could, of course, be highly subjective. Anyway, Yoocie realises she’s bleeding but isn’t sure what to do. No one helps her, so she sits on a parked Scooty crying and cupping her stomach for about half an hour until the scooter’s male owner pulls up and saves the day. Before she finds the Scooty, though, it’s interesting to note the reaction of a woman who sees Yoocie’s stained white dress from the back and acts as if she’s seen a stabbing victim.

The Scooty-owning young man enlists the help of a woman, who cleans the blood off the scooter (and then happily throws the soiled tissue onto the street with no qualms about littering), takes Yoocie to a restaurant and helps her put on a pad. The man then gives Yoocie money to take a taxi home (insisting that she take it despite her refusal because he is, of course, a brother to her). Then, amazingly, he and the woman who helped her, walk off into the sunlight flirting happily, as she asks him out for coffee and he, unnecessarily, reveals that no girl has ever asked him for coffee before.

This movie is perhaps the greatest walking talking example of the “male gaze” in cinema, or certainly, the best example this month. It isn’t just the fact that the filmmaker, Xahid Khan, wanted to preach to women about an experience that he could never have had. In an interview with OnManorama, Khan said, “Let the girls learn about menstruation from their own houses. They have to be aware of the physiological and psychological changes awaiting them. Let them know that menstruation is not a nightmare.” Okay thanks, you can sit down now.

The shots and frames scream “male gaze” too. We see Yoocie discovering her period by reaching into the depths of her nether regions and emerging with watery blood dripping from three fingers. When she’s trying to tell the Scooty-owner why she’s crying, she tremblingly sets aside the water bottle she’s holding to shield her crotch from view, and we see stained cloth and blood dripping down her young white thigh.

Most spectacularly, the movie ends, of course, with the male saviour getting the girl! It shows you, most importantly of all, that this is what good men look like, and if just being a good man isn’t enough for you, please remember that women dig good men. Of course, Khan also wants you to know that this based on a true story, which blows my mind not at all. What is this even supposed to be the story of? The time a girl got her period?

You can watch the full movie here. Don’t miss the inspiring moral at the end: “Alert her before condition gets red”.