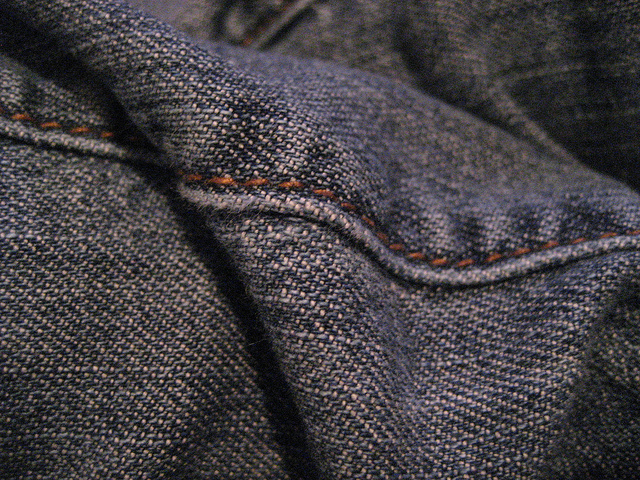 Have you ever had an experience that was both embarrassing and painful?

Last month an unfortunate woman in Australia made it to the news for all the wrong reasons. Her skinny jeans cut off blood flow to her calves and resulted in temporary nerve damage. She’d been doing manual labour all day, helping someone move house; she was alone in a park in the dark; she could not walk; she had to crawl to the road and wait for a cab.

Imagine yourself in the hospital in her place. They’ve cut the jeans off you and done the best they can with your legs. Now, which of the following would you prefer?

a) Have this incident broadcast all over the international press

b) Be written up in the Journal of Neurology, Neurosurgery and Psychiatry as a “fashion victim”

d) All of the above

f) Be nibbled to death by ducks

You’d probably choose (f). And I would choose (e). But we both know it’s (d) that actually happened.

This was all over the Indian news last month (more on that later). But the Australian Broadcasting Corporation’s report of the incident is interesting. It quotes a Dr Thomas Kimber (neurologist at the Royal Adelaide Hospital where the woman was admitted). One cannot help thinking that the writer must’ve felt some vaanthi rising, because this line from the report sounds like he/she tried to argue with the good doctor:

He acknowledged the woman had spent her day helping relatives move house, requiring a lot of squatting, but labelled her a ‘fashion victim’.

This eminent neurologist performed a wonderful feat of tautology too:

“When she got up that morning she decided to wear skinny jeans. She noticed they were somewhat tight, but I guess skinny jeans tend to be,” he said.

So the press starts telling women that skinny jeans are dangerous. By all means, let’s generalize from one case. Because we silly women, we don’t know our own bodies. We don’t know when we feel uncomfortable. We don’t know what clothes suit us. We do inexplicable things for fashion. We shouldn’t wear those skinny jeans (unless of course a man is off the record) and land ourselves in trouble, and it’s a lesson to all the rest of our tribe. After all, men don’t get into accidents with jeans, do they? Do they?

The British Journal of Urology International tells us that the topmost cause of penile injury is “zipper entrapment injury” (let’s say ZEI) as it’s called in medical circles. Man tries to zip, zip mauls his genitals, man goes to hospital. The statistics say that US emergency rooms see 1,700 men a year with ZEIs. And in case you think this isn’t as serious as the Australian woman’s nerve damage:

“Localized edema, superficial tissue abrasions, bruising, and pain are the most common complications of zipper injuries; skin loss or necrosis, is unusual.”

And yet we don’t see 1,700 articles a year telling Indian men to stop wearing jeans, do we? Certainly not with the following gleeful headlines (so gleeful that I’m beginning to think skinny jeans must be a threatening, powerful force of anarchy):

Why skinny jeans may land women in hospital

Attention girls: Skinny jeans can land you in hospital

Be careful ladies: Skinny jeans lands a woman in hospital

Too tight, not too right

Well, the joke doesn’t have to always be on us. I’ll spitefully leave you with a certain List I found in a book called Bonk by Mary Roach. It’s a list of foreign objects found in male urethras in hospitals, with a cherry on top. So without further ado, men who went to the hospital for embarrassing and painful reasons:

Urological Oddities, a 1948 compendium of memorable cases, includes an “elderly fellow” with a corsage pin that got away from him, a man who died from infection after inserting a twig from the family Christmas tree, and a farmer who “lost a rat’s tail.” There is always an explanation. The man toting three sets of three-inch surgical steel forceps, for example, insisted that Nos. 2 and 3 had gone in in an effort to remove Nos. 1 and 2, a story that collapsed upon examination, when all three turned out to be in there handle-first. As embarrassing as these hospital visits must have been, they pale in comparison to the Houston man who was taken away, on his back in an ambulance, with a large water tank from a public commode stuck on his penis. “The patient had attempted intercourse with the water-tank hole,” reports B. H. Bayer, M.D., in one of those rare, shining moments when urology approaches high comedy.

Attention, boys: Water tanks can land you in the hospital.

PS: ‘Nibbled to death by ducks’ is apparently an actual phrase. I first read it here but then found here that it could be legit.

One Response to “The Real Skinny on Skinny Jeans. And Urologists. And Ducks”