HomeLifeThe Trouble With Being A Goddess
September 10, 2013 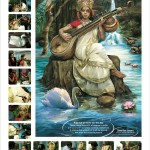 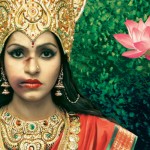 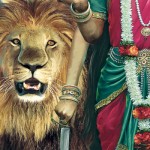 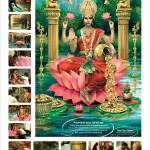 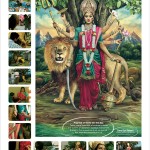 You must have seen the battered goddesses by now. It’s a strange set of images: startling at first glance but then settling into a forgettable blandness. The mild, vacant gaze of the goddesses behind their bruises are reminiscent of models in those edgy fashion spreads that invoke airbrushed rape, domestic violence, murder, the kind that you think are silly parodies from Ugly Betty’s world of extreme fashion. Except that they are not. We had a brief detour in that direction ourselves with those Ford Figo ads. (Ever wondered where the guy behind those ads is now? I’ve very little information about the people at Ford who approved those ads.)

Who is Save The Children’s anti-domestic violence campaign Save Our Sisters addressed to? Where did these ads actually run before the agency that made them won these awards? The small print indicates the imagined consumer of this ad is not the women who are getting beaten up. It’s not addressed to the men who are beating up women. It is to the ‘general public’, which includes women who are getting beaten up, men who are beating up women and the rest who know both populations but perhaps have not quite registered it as domestic violence. Save Our Sisters is addressed to the general public who will presumably conserve women like an endangered species. Hadd ho gayi, it seems to say. Or ‘enough is enough’ to invoke one of the emptiest and smuggest slogans in human history.

The term domestic violence in its monolithic glory doesn’t quite capture the mercurial nature of the encounter. It doesn’t predict which woman’s instincts for self-preservation will kick in and which woman’s will not.

A few years later another family member in a slightly drunken haze told my younger brother loudly, knowing that I was in hearing range, “If she doesn’t do what I tell her, if she doesn’t help me with the Christmas tree, I will punch her in the face. She will have to walk around with a swollen face.” This was followed by a Mogambo-ish (and in my memory, unconvincing) laugh. The man has never hit me and would be horrified if I remind him of this now. His pleasure in the threat and the graphic image he was conjuring up still makes me wonder whether he has hit someone else. I didn’t help with the Christmas tree.

Sometimes survival instincts kick in slowly. Young women from my extended family who have never even been pinched by their fathers and mothers have come home with bruises and broken bones. At least in one case the woman was persuaded to go back to her husband. She had her bones broken again. This time she left. A decade later if I prod my family I can still hear the opinions, quick and familiar like a jukebox. She should have never gone back. Her parents should have never sent her back. He seemed so nice.

Back when it happened, an aunt said, “The very first time he raised a hand to her, she should have been strong and threatened him. She was too soft-hearted.” Another aunt nodded fervently. Their “men hit you because they can” model of the world shook me. I was 20 and trying to refashion my world and my relationships with men into something that resembled an egalitarian model. My aunts watched television shows with heroines who sacrificed themselves and cried a lot. I had been stupid enough to think that’s how they thought of themselves.

Sometimes survival instincts kick in because you are old and unwilling to be dragged into other people’s messes. One of my aunts had a companionable relationship with her husband, a pin-up model of uselessness who dragged her through decades of penury and profligate drunkenness. As pleasantly as she discussed everything else, she once told me, “He tried to hit me once. I told him if you hit me I will hit you back.” She was complicit in many of his crimes but not in a crime against her person. It’s an odd line she seemed to have drawn in the sand. Embarrass me in every other way you can think of, make rent and meals an uncertainty and I will walk around being vaguely sweet. But hit me and I will hit you.

I am a pacifist. In theory. I struggle with remorse every time I snap at someone: a friend, my father, an auto-driver, my colleague. I spend my days trying to decide what manner of shame and remorse I am experiencing. Is it the remorse of a privileged person who has lashed out in petulance? Or is it the remorse of a girl who was told for two decades that her sharp tongue makes her unlikeable? I don’t want it to be the first kind. And when it is the second kind I am not sure what to do. Two decades of a strict upbringing has slowed my lightning instincts to put my fingers around the throats of idiots.  Only a little but I’m sure I don’t want it slowed any further.

PS. Thanks to Prem Panicker who commissioned this piece as part of his curation of @genderlogindia this week. Check out the wide-ranging discussions on violence against women on this timeline all this week.

Now that Mother’s Day is Long Gone, will Someone Explain what is Going on in this Ad?

Er, Shekhar Ravjiani, Thank You for Forgetting the Most Important Thing in Your ‘Heartfelt Tribute to Women’ Video

One Response to “The Trouble With Being A Goddess”