HomeCultureMusicThis Video is the Perfect Response to Modi: “ ... 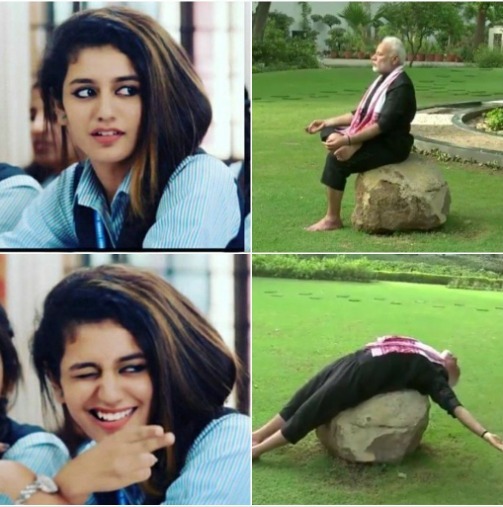 Sick of yoga being stuffed down your throat? Sick of how easy it is for Modi and company to set the popular topics of public sphere conversation? Wondering why we suddenly have to thumbs-up or thumbs-down yoga?

Well, you can’t help clicking on the 167th meme about Modi’s fitness schtick. (And the winking Priya is our fav)But after the memes we suggest that you spend the day watching a life-changing, sexed up, the visionary dance track by Janelle Monae called Yoga.

Thirty-two-year-old Janelle Monae, for the uninitiated, is only the most ingenious artist in pop music. She also owns her own record label — Wondaland records —  because she doesn’t let anybody fuck with her creative output.  She is two albums down. Her style (whether clothes or musical genre) simply cannot be classified. . Her musical scope is far-reaching, her vision is distilled and her albums are packed with precocious talent.

“Sometimes I’m peachy, and sometimes I’m vulgar/ Even when I’m sleeping I got one eye open/ You cannot police me, so get off my areola”

“Are we a lost generation of our people?/ Add us to equations but they’ll never make us equal/ She who writes the movie owns the script and the sequel/ So why ain’t the stealing of my rights made illegal/ They keep us underground working hard for the greedy/ But when it’s time pay they turn around and call us needy”

“So you think I’m alone?/ But being alone’s the only way to be/ When you step outside/ You spend life fighting for your sanity”