HomeCultureHave You Discovered the Crazy, Beautiful World of ...
August 22, 2016 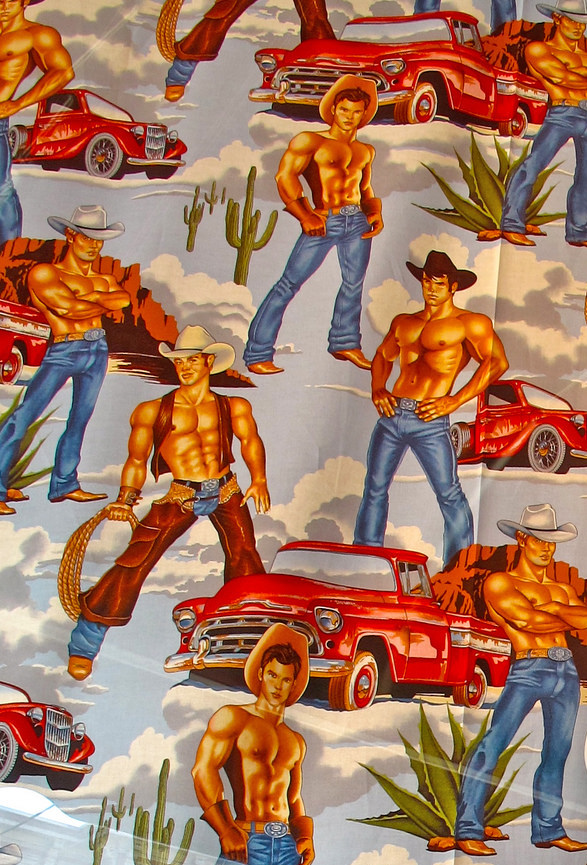 Have you ever felt disappointed or empty after finishing a book or at the end of a movie – with a void deep in the pit of your stomach that needs to be filled with an ending that you can approve of? For a long time, I felt like that and I struggled moving past certain books (Eragon, I’m looking at you) and movies (Eragon again, what is wrong with you?) because the plot didn’t satisfy me. Then one day in July 2014, a cricket journalist I follow called Jarrod Kimber posted a link on Twitter to a story about two legendary Sri Lankan cricketers. I clicked on it to discover the wonderful world of Fan Fiction, squealing in delight because I had discovered an avenue of reading that was extensive, interesting and that I loved. I felt like I had struck gold.

Now, two years later, I’m firmly ensconced in the fan fiction world. At any given time, I have about five tabs open in my browser with five different ‘fics’ waiting to be read. Being a huge sports buff, I was inclined to find like-minded people with whom I could discuss how a raucous celebration between two teammates on the cricket field could spur a 1,000-word fic about the two cricketers being unable to keep their blooming romance a secret from their teammates. The sports fandom is fiercely passionate and sometimes draining, and each sport has its set of crazy and loving fans who will stop at nothing to defend their favourite ‘ships’ or fantasy relationships, OTPs (One True Pairing) and teams. I’m a part of two such sub-fandoms – the cricket and Formula One fandoms, where we are primarily girls and women who can spout three different arguments about the DRS system and tyre strategy while gushing about a certain England cricketer’s scruffy beard that makes him look older than his age.

What makes reading or writing fan fiction about beloved sportspersons such an exciting prospect? For one, it gives you a chance to be part of their lives, and who wouldn’t want that? You even control their lives (in a fictional universe), pairing them romantically with their biggest rivals, or exploring alternate universes like fighting aliens or being spies. In my sub-fandoms, the characters being written about are largely male, and their romances (there is nearly always romance) are largely homosexual — perhaps because in fiction, you can subvert a field usually so homophobic.

So far, I’ve only ever read one fic across both fandoms with a lesbian couple as the central pairing, and I’m not sure why that is. Especially because at the moment, there are more than five websites I’ve read (and of course there are more) dedicated to fan fiction in general, and that’s discounting the websites that are dedicated to a particular fandom. There’s a seemingly infinite expanse of fanfic on the Internet, and on the website that I’m partial to, Archiveofourown.org, there are over 39,000 entries in the sports fandom alone, with over 200 in the cricket sub-fandom, and over 2,500 in F1. I haven’t yet figured out why women don’t feature as often in my particular sub-fandoms, either as central characters or main romantic interests, but I know this isn’t true of other fandoms, like women’s soccer.

The fandoms provide a place for women sports fans to gather and share their fantasies, a tiny online ‘fam’, or family, forged away from the general dismissal we often experience as female sports fans. And it gives us a space to write about issues like sexual abuse, sexism, racism, homophobia and other pertinent social issues through the eyes of real people in a fictional universe. Although none of us in the cricket and F1 fandoms (and other fandoms alike) want any of the real people we write about to see the fics — an unspoken rule across all fandoms.

During the Men’s World T20 tournament that happened in India in March and April 2016, I decided to write my first fic: a series of drabbles based on the tournament and the cricketers, placing them in the same universe but completely fictional situations of course. I knew the cricket fam were very supportive of new writers, but what surprised me more was the acceptance of my choice of romantic pairing (an Australian and a Kiwi cricketer), and the messages I got from people asking for more unconventional pairs. One Tumblr user even asked me if I could write more ‘slash’ (fic with a gay pairing) about the Indian cricket team because she had noticed that the cricket fam tended to write mainly about England, Australia, South Africa and the affable Kiwis, with only a smattering of the cricketers from the rest of the world. I began to think about it and realised that there was a clear prejudice against cricketers outside of these few countries when it came to writing cricket slash. We are totally comfortable writing about two guys going at it in the bathroom at Lord’s, but our fantasies leave out players from countries that don’t have white cricketers.

Happily, this isn’t the case in the F1 fandom, predominantly female again, where I read about so many drivers from so many eras that I sometimes get confused while watching an actual race (because I might have read earlier in a fic that a certain driver was still in team Red Bull and winning his fifth championship, and it stayed in my head, despite the fact that he’s now with Ferrarri). Several times, the line between reality and fan fiction has been blurred, which makes most of us laugh at how deeply invested we are in the fandom.

But aside from that, I marvel at the writing that I’ve come across in these fandoms because these women are graduate students, nurses, customer service managers, mothers and more across the world, each with busy lives. But they still manage to churn out eagerly-awaited stories on a regular basis, for the sake of the fandom.