HomeWatchlistCinemaWhat Hindi Cinema Speaks About When It Speaks Abou ...
August 8, 2018

(Note: This is a two-part primer on Women in Hindi films. Part 1 elaborated on Women in Love and Family Politics in Hindi movies. For more jolly braininess read it before you read this one.)

I have been candid about my consumption of Barjatya’s repertoire, but what about the rest of us? Does the ‘female film watching public’ toe Leblanc’s (1999)[5] observations regarding housewives encountering the political world – that is, women being conscious of acting in a manner that is neither a complete submission to a power system that dominates them nor a fair execution of what they want to do and believe that they should do? Do women buy the film ticket for a glimpse of other lives (encountering their dilemmas)  in other worlds—just  as their men watched The Angry Young Man during the Emergency years fighting the fights they may have yearned to take up, but never did? In women consuming Hindi cinema, I see parallels of what one reads about women and shrine culture. Women visit places of pilgrimage to have a good rant, attaining catharsis if they are very lucky, leaving the space hopeful that benign powers will come to their rescue. However, they will never question their unequal access to a happier life or entertain any aspirations of “subverting” the system. And as this GIF shows, Picture Ke Aakhir Tak Sab Theek Ho hi Jayega. Happy endings.

However, I will always be grateful to Barjatya films for conveying to us as ideal Indian femininity a character who exhibits no agency when it comes to her life choices, leaving it to a pet dog to choose her destiny for her. (Like in Hum Aapke Hai Kaun, where Tuffy delivers the female protagonist’s letter to the ‘wrong’ brother, which somehow made things right in the end).

You, dear Reader, may come up with your own examples from Hindi cinema that will negate the gloomy picture I am portraying, but as it is for religious texts, any discussion on this subject is tantamount to pulling one film reference/religious edict out from our hat which is sympathetic towards women, only to be challenged by another reference/ruling that our religious discourses and Hindi cinema can be quite regressive when it comes to women. For as it is with religious discourse, the overarching language will always be one that explains gender difference as biological determinism. And though different interpretations and traditions within Hindi cinema make it hard to generalize, it can be said that overall, our film scripts are sex-affirming, adhering to cultural and religious stereotypes. 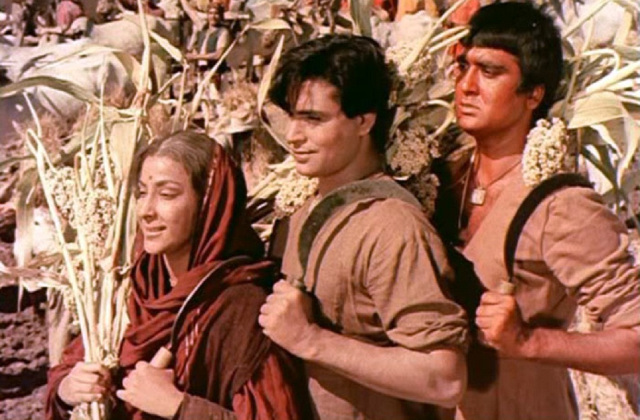 So naysayers will come up with their “women driven” Hindi film lists; a very dear friend suggested (amongst others) Trishul and Deewar – and quotes powerful lines from the two films where the mother shapes (or tries to change) the male protagonist’s outlook towards the tussle between good and bad (in both films Amitabh Bachchan plays the Angry Young Son to this determined woman). In Trishul, the mother makes the son promise that he will take revenge on her behalf: “Main tujhe rehem ke saaye mein na palne doongi… Taaki tap tap ke tu faulad bane, maa ki aulad bane… Main doodh na bakhshungi tujhe ye yaad rahe.” In Mother India of course, we have the larger-than-life Mother who takes it upon herself to rid Bharat Mata of the bad son.

However, these powerful mums are not as genre-defying as they may appear at first glance. Rousseau[6] may have been the first to honour Spartan mothers by reproducing tales that constructed the Spartan woman as a mother who reared her sons to be sacrificed on the altar of civic need. Such a martial mother was pleased to hear that her son ‘died in a manner worthy of (her)self, his country, and his ancestors than if he had lived for all time a coward’. Sons who failed to measure up were reviled. Nationalism and militarism are built on the edifice of motherhood, its pillars are women who exhort their sons and brothers to take up arms to defend them. So in Hindi cinema, too-good patriotic women are willing to sacrifice their men; for in the end these wars and revenge dramas, and taking up arms are all about their (the women’s) protection – of course no one asks these women whether they want to be protected or not.

Some of you may also offer as examples of the New Indian Woman in Hindi cinema, the female business figure in the power suit. She was there in Corporate, an Amazon, transcending gender differences in smartly tailored business suits. However, Bipasha Basu’s Nishigandha Dasgupta becomes a true heroine only when she makes a “womanly sacrifice”, giving up prestige and her career for love. She has the audience sympathy when she is shown as a mother negotiating court kutchery; shorn now of her blazers and power dressing, she wears a behenji cotton suit as she goes about her business. Some years later when Sarkar Raj was made, Aishwarya Rai Bachchan agreed to play the role of a ‘NRI corporate woman’. The publicity material has her “playing a corporate woman named Anita Rajan. Anita is the CEO of an international company, and comes to India to build a power plant”. While the press releases lavish praise on Amitabh Bachchan and his son Abhishek’s energy and dynamism, how everyone is looking forward to watching this film as it is now a virtual powerhouse with the two talented performers coming together and sharing space. There is also some speculation whether the scriptwriters will ever disclose the real-life parallels, considering many believe that Bachchan Sr and Jr play the Thackeray father and son in this film project. However, when it comes to Aishwarya, the publicity material about her revolves around “Designing Ash’s look in Sarkar Raj”. Falguni Peacock, the fashion designer, speaks about her meetings with Ash: “It was Aishwarya’s idea to wear a tulsi bead around her neck to show her love towards her country.” The designer goes on to speak about Aishwarya’s makeup and hair, sharing their thoughts on the colours, the fabrics, denim jackets that they had to source to make Aishwarya look like an NRI.

And lest we forget, the Bachchan men and certain other male actors (and protagonists) grow up to be thespians. Women actors become divas. We infantilise them, for divas throw tantrums and have nakhras. Thespians have gravitas and age gracefully. 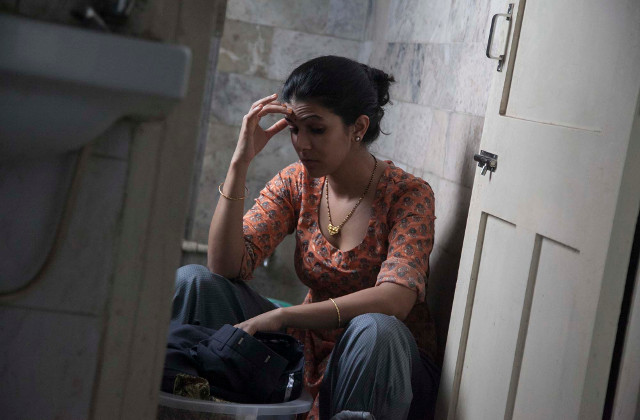 But yes, there is defiance when it comes to these images (as there was earlier too in what was classified as parallel cinema) in what now is now defined as Multiplex Features – these spaces emerging as the new “parallel” cinema with new stories taking up myriad readings of feminism, hopefully the precursors of narratives of change. Today, however, I continue to see agency defined as one where the female protagonist will insist that she is ‘doing auraton ke kaam’ (what women do).

A closer examination of stories such as Lunchbox show that though the female protagonist might not have acceded completely to the power structures within the situation/communities she is placed in, she may have succeeded in managing to negotiate her own space and agency within the areas and stories available.

And the Widhwa Maa Andhi Behen I wrote about in Part 1? How exciting that they have been taken over by a comic book (published by Pop Culture Publishing) and are now vigilante heroines. About time women got their happily ever after.