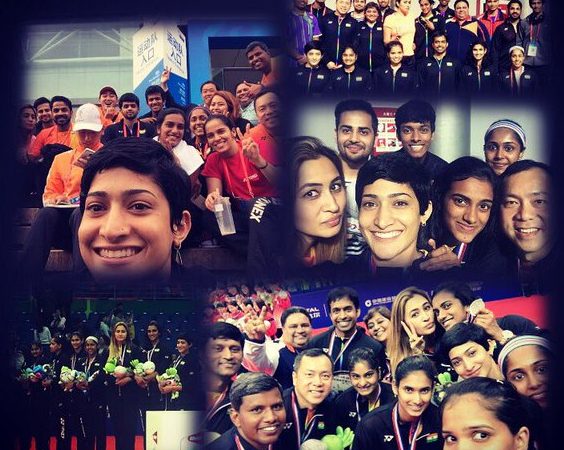 The Indian Women’s team for the Uber Cup lost to eventual winners China on May 21, settling for a bronze. This is only the second time the Indian women’s badminton team has qualified for the Semi Finals at the World Team Championships, after last year (when also it won a bronze).

Saina Nehwal in action against Li Xuerui in the semifinal of the Thomas & Uber Cup. #TUC2016 pic.twitter.com/7OFC6rVFYW

The Indian team previously beat Australia and Germany and lost to Japan, but qualified for the last 16 by being the number 2 team in their group.