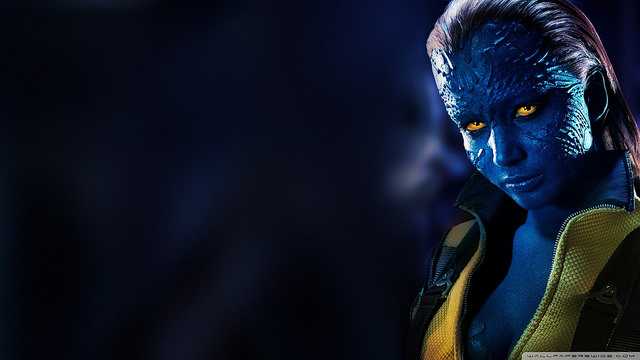 X-Men Apocalypse released on 27th May, and while social media has been full of tweets and reviews praising the movie, 20th Century Fox was hauled up a few days ago for their terrible poster promoting the movie. The poster featured Oscar Isaac’s Apocalypse choking Jennifer Lawrence’s Mystique. As if that wasn’t bad enough, the tagline that went with the poster was, “Only the strong will prevail.” While Fox went on to issue an apology and say they’ve taken steps to take down the poster, apparently the reason they didn’t realise it promoted violence against women was because they had been super enthusiastic to show the villainy of the character Apocalypse.

Of course, Fox’s excuse is ridiculous – what anyone looking at the poster would see is a woman being strangled. Rose McGowan slammed 20th Century Fox for thinking that “casual violence against women is the way to market a film.” There’s also someone who left a message with tiny pieces of paper on the poster in the New York subway station saying, “this violence in my kid’s face is not okay.”

But even though lots of people were angry and irritated on social media, many others seemed to say that if people didn’t like the posters, all they had to do was look away. Then there were others who said it was a superhero film with violence anyway, so why would the poster matter. Katherine Timpf, an American television personality, reporter, and comedian, wrote on National Review that the poster didn’t bother her because, “villains do bad things; that’s what makes them villains,” before going on to argue that if there was a male character on the poster in Jennifer Lawrence’s place, Fox would’ve got into trouble for not representing women.

Never mind that all of this ignored how this was the image that Fox had chosen to take out of the movie and use for promotion, amongst lots of other possible ones. It’s almost as though showing violence against women was casual but deliberate — certain to get attention because it’s the kind of power play everyone wants to see, or is used to seeing. Obviously, it isn’t also just anyone’s attention they’re trying to draw, it’s male attention.

We found the same thing happening close to home in the promotion of the Kannada movie Dandupalya 2 in April this year. Isn’t it horrible that it isn’t surprising?