HomeCultureSure, Jordan Peele May Have Won at the Oscars This ...
March 5, 2018 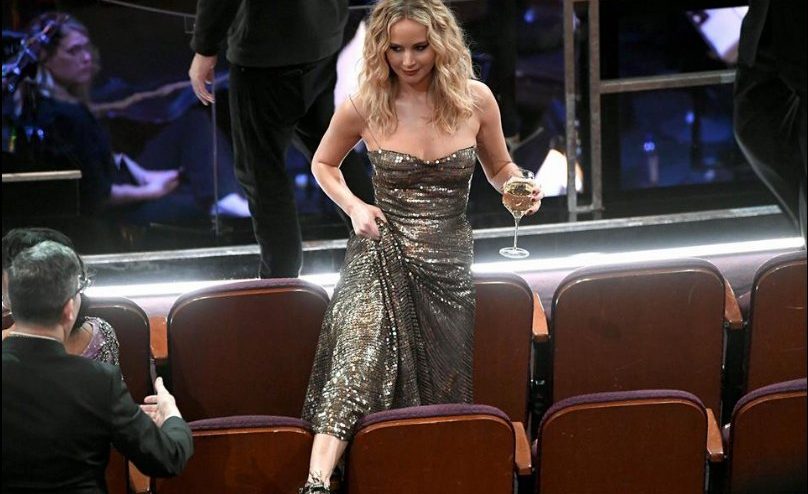 2017 was truly a watershed moment for Hollywood. With The Weinstein Company being bought by a group of women and #MeToo paving the way for Time’s Up, a legal defense fund for sexual assault victims in the workplace, it was a year of long overdue justice for many and a beginning of a far more inclusive and diverse cinematic future.
But Hollywood still has a long way to go. When presenters Tiffany Haddish and Maya Rudolph stepped onto the stage at the Oscars, they bluntly talked about how “there are so many more white people to come”. Kumail Nanjiani brought up the topic of representation and how as a young boy he was forced to relate to “straight white dudes”. “And now you can watch me and relate to me,” he concluded. “It’s not that hard. I’ve done it my whole life.”
Surely, this year’s Oscars were better at diversity than earlier years. Mexican director Guillermo del Toro’s The Shape of Water won best picture while Coco, whose makers included a lesbian woman, a gay man of colour and a cast full of Latino actors, won best animated feature. But there were moments which showed white Hollywood’s blind spots.
“These four men and Greta Gerwig” is how Emma Stone presented the nominees for Best Director. It was a moment of white feminism at its finest, Stone completely sidelining the fact that two of the men were not white, with one of them being Jordan Peele who made a breakthrough and very-racistly-snubbed debut with Get Out. If Hollywood wants to be inclusive and intersectional in its movement, it has to be conscious of its pecking order, where white people in general have always been prioritized over people, including men, of colour.
In another moment which baffled viewers and supporters of #MeToo, Kobe Bryant proudly went up on stage to collect the Oscar for an animated documentary about his life. Bryant has a rape case on his record, which was smoothly brushed under the carpet as he talked about how basketball players were expected to “shut up and dribble”.
If anything left me feeling hopeful about this year’s Oscars, it was perhaps the speech for Best Actress. Frances McDormand, who won for Three Billboards Outside Ebbing, Missouri mentioned “inclusion rider”. The term was first coined in 2016 by media researcher Stacy Smith and civil rights and employment practice attorney Kalpana Kotagal. The concept of an ‘inclusion rider’ or an ‘equity clause’ is to encourage white actors to put a clause in their contracts demanding diversity — including but not limited to women, ethnic minorities and people with disabilities — on screen as well as on set. And to any cynics who say it’s impractical, Jessica Chastain has already done it.
“Meryl,” said McDormand, when she asked “all the female nominees in every category” to stand up. “If you do it, everyone will.” It was a symbolic moment which tells us how perfectly McDormand understood how to use her privilege as a white woman to uplift others.
It’s just the beginning for a new era in Hollywood, but it’s one which certainly has the critical attention of the world.

One Response to “Sure, Jordan Peele May Have Won at the Oscars This Year, But the Show Was Still Pretty White”