By The Ladies Finger 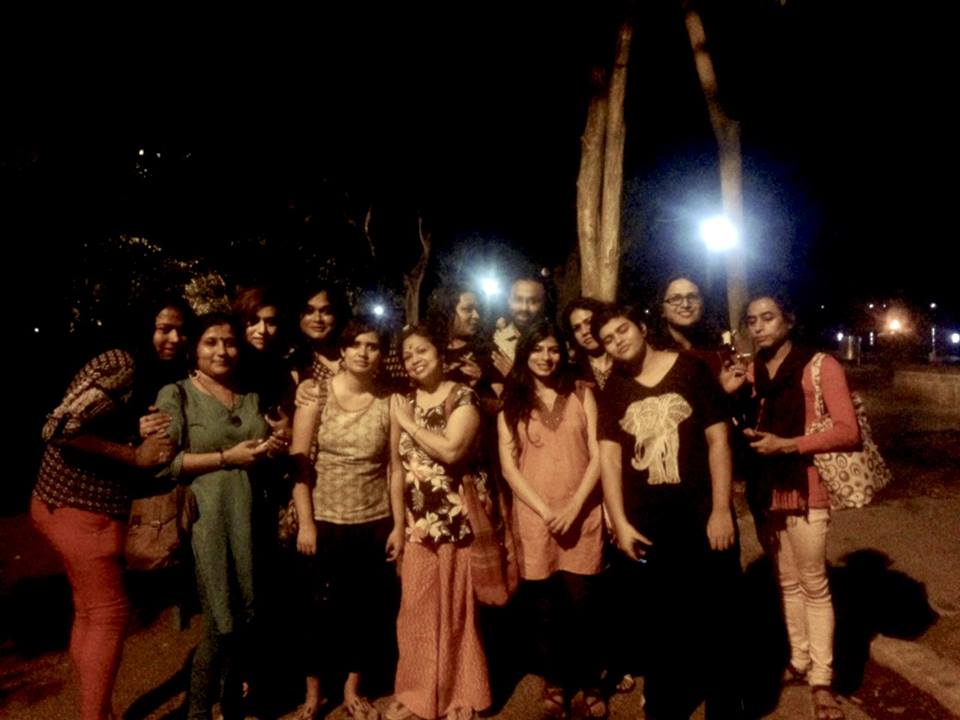 Long after the fanfare and the icky messages appropriating women’s day for the greater good of corporate capitalism had died out, a group of us met for an open-air discussion at a public park in Kolkata.

Most of the people who were part of this conversation are trans or gender-variant, many identify as queer, and some are allies. They don’t all face the same degree or the same kind of oppression, and some members of the group have to struggle far more and much harder than anyone should have to.

We came together recognising these differences, and the cis-gender participants came with the intention to listen, learn, and be led by the transfeminist leaders among us.

If you had walked past us, you would have heard us talking, laughing, and arguing about things that affect us directly, and deeply – gender, sexuality, desire, work, caste, class, ability, acceptance, dissent, religion, friendship, love, and hope.

If you had walked past us, you would have heard us talk about how and why women’s day was coopted, why some of us started our own collectives, and what choice and freedom mean to us.

You would have heard us arguing, because as feminists, we recognise that we are a plurality, that we are difference, and that this is okay.

But if you didn’t walk past us that evening, it’s alright. Here are snatches of that ongoing conversation, that we continue to have with each other, and inside our heads, every day.

On the Faultlines of (Cis)Feminism

– “Even if you forget for a minute about the immense amount of work women do at home, and think about those who work outside: the woman selling flowers on the street, the elderly woman working to support her family, the dom who burn the dead at cremation ghats, are privileged feminists doing enough to stand with them?”

– “As a transwoman, I was not given the same space that cis-women have in mainstream feminist circles. I went to a major women’s rights collective ten years ago, and they didn’t accept me. I don’t know if this is still the case with them today, but I have not gone back to find out. I never expected them to really give me that space as a fellow feminist then, and I don’t expect it now. I’m creating my own spaces.”

– “I heard a very prominent feminist say, what politics will they (transwomen) do? Don’t they spend all day dressing up? At that time, a friend of mine had responded, ‘Even that dressing up is my politics, my feminism.’”

On ‘despite being a woman’

– “When I was young, my father refused to let me wear ‘girls’ clothes’ or tight jeans – because they showed the shape of my legs. When I grew up I got constantly told not to ‘sit like a boy,’ and asked why I’m not feminine ‘despite being a woman.’ If you dress up in a certain way, you’re shamed for being proud of your sexuality, and if you don’t want to then you’re shamed for that too.”

– “On this question of dressing up, what if someone identifies as a ‘tomboy’? Do they lose the right to identify as women? Or if a transwoman or non-binary person doesn’t subscribe to socially created ideas of femininity, will their identification be invalid? Is that transwoman not a woman?”

– “I saw the identity of my queer Muslim friend being repeatedly dismissed. When she went to queer meetings, people asked whether she was an ally. Then she started wearing the hijab politically. She was always being asked if she’d been brainwashed, and she’d respond, ‘How do you know that the mini-skirt is a choice? I am a liberated woman if I show my skin, and if I choose to cover my body, I am not?”

– “No, I don’t think you can just call transfeminism ‘feminism’. You have to respect that a transgender person’s journey is different. Don’t erase it.”

– “I was having a conversation with someone about a woman’s right to choice, freedom, and life. This person asked me what mattered more to me: safety, or rights? They argued whether it isn’t better for a woman to be accompanied by a male companion, instead of being alone, so that she can escape potential harassment by any random group of men she passes on the streets. This exchange made me think about the violent history of sindoor wearing among married women in India… and the idea of being imprisoned in the name of belonging.”

– “When we conflate the issues of human trafficking and sex work, we take away agency from sex workers. When you think of sex work as forced labour, and don’t care about addressing the rights of sex workers, and the need to come up with solutions to stop them from being routinely abused, this is a huge problem. You’re basically creating a scenario where oppression is the only identity of the sex worker as far as you are concerned.”

– “As a transwoman, I get invited to go to talks where the focus is invariably on the issues of middle-class women, and many of them will say, ‘Stop sex work.’ This statement feels entirely negative for me and my community. Many of us have done sex work, and still do it. Sex work is work; it should be decriminalised, and seen as labour. I also object to the idea that sex work requires no skills, that it requires no labour, like other, more ‘acceptable’ professions apparently do.”

– “If a sex worker goes to the police station in case she faces violence, the police will counter-accuse her. Many police personnel also abuse us.”

– “Many of us transfeminists who want to protest, and do protest whenever we can, are constrained by other problems, like dealing with rejection by our families, and earning a living. Meanwhile, people are getting funding and making money because we exist… I have never received or done work with that money.”

– “When they wish us ‘Happy Women’s Day,’ they also take the liberty to define womanhood in the process. The radical nature of the movement – protests and struggles being led by dalit-bahujan women and working class women – is ignored. This reinforces caste and class divisions in society, rather than breaking them.”

– “Speaking of Working Women’s Day – what do we understand by the word ‘working’? There are women who don’t get a salary. But we can’t say, under any circumstances, that they’re not ‘working.’ Their workplace may not be a factory or an office, but it is certainly the 24×7 grind of home. Are we excluding them from our conversations?”

– “I came to know about Women’s Day when I was a teenager, around twelve or thirteen years old. I saw something about it on the glossy paper of the Lifestyle section: there it was, written in pink, ‘Happy Women’s Day.’ Next to this there was a picture of a smiling, thin, light-skinned girl dressed in a red saree. This narrow way in which society wants to see womanhood is constantly asserted so that this day can be corporatised.”

– “A few years ago, some boys wished me ‘Happy Women’s Day’ and this made me feel good, because I felt that I was being accepted as a woman. My mother too is a woman, but this day means nothing to her. We can’t truly celebrate this day if we don’t feel free as women. I don’t.”

Edited by Shreya Ila Anasuya, and translated from the Bangla by Upasana Agarwal.

Discussion and recordings courtesy Samabhabana, an organisation that works with transfeminism and intersectionality in the lives of queer and trans people, and Take Back the Night Calcutta, a citizens’ collective on gender, sexuality, and other intersecting issues.