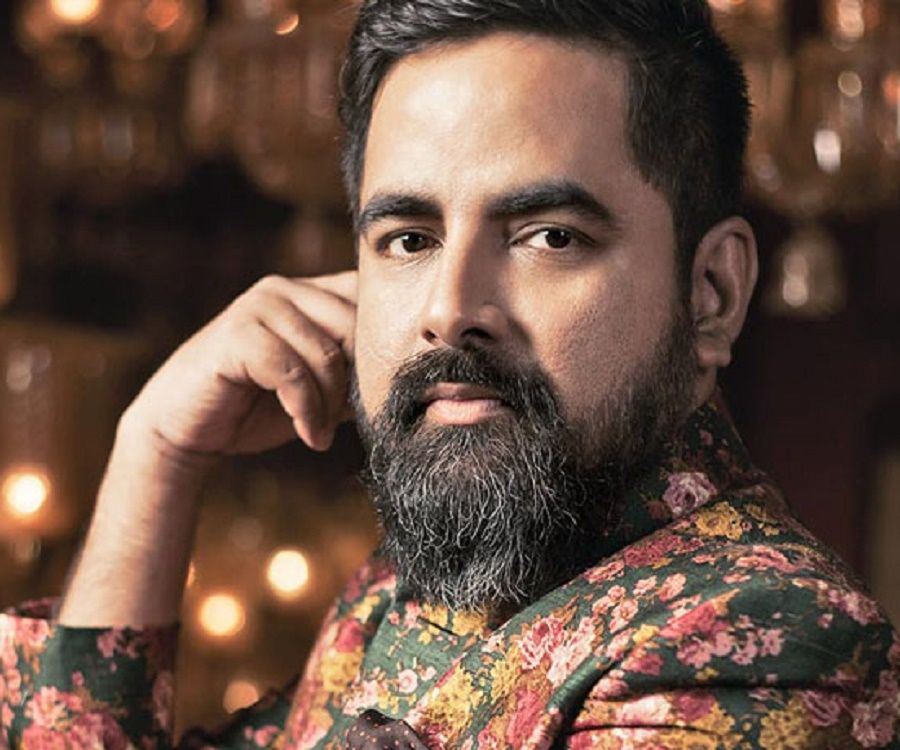 In a recent interview with Architectural Digest designer Sabyasachi Mukherjee in his resplendent home, declared himself newly obsessed with boobs. Here is the full quote for context. He said, “In fashion, you have to reinvent yourself every three to five years. You need to be fresh. Right now, I’ve become tired of gaunt faces and stick-thin models. I’m obsessed by boobs.”

Which brings us to a question: Do designers ever hear themselves?

Are designers legally obliged to speak in a register that simultaneously alienates and fascinates the public? Or is it that they have watched The September Issue (the documentary which is like The Devil Wears Prada for pros and enthusiastic amateurs) too often and can’t help themselves?

What other explanation is there for designer Tom Ford once saying (apparently while talking about giving a Gucci model a more modern look) “She needs to have a few drinks and cry a little—then she’ll be perfect.” Or how about that quote from the icon of Fashion-Careers-Need-Bitchy-Quotes, Anna Wintour, “I’m an ice queen, I’m the Sun King, I’m an alien fleeing from District 9 and I’m a dominatrix. So I reckon that makes me a lukewarm royalty with a whip from outer space.” It’s hard not to fully enjoy the quote, it’s so loopy. Wintour not only hears herself but she also hears many competing voices.

You can make an easy argument that it is not just Sabyasachi but a whole fashion industry that looks at human bodies, particularly women’s bodies, as so much maal that eventually has designers blithely speaking in this manner.

Would we prefer that designers were earnest and talking about sustainability or body image or nuclear holocausts? Would that be a giant bore? Perhaps. But the fact is contemporary designers are talking, writing and creating thoughtful work around issues closely related to fashion. They continue to be folks with an exceptional interest in aesthetics but without assuming that aesthete means bitchy. As Awkafina recently said about designer Prabal Gurung who makes marvelous clothes, “When you take a leap to mix politics into your profession, it’s a very powerful move, and he does it right, and I’m here for it.”

Having said these nice things about enlightened designers, it is the ‘stick-thin models’ and ‘gaunt faces’ that have gotten together to improve the industry. They are the ones reporting the use of underage models, the sexual and economic exploitation of models and more. They are the ones seeing connections between those on the catwalk and those in the sweatshops making clothes.

As Harriet Williams reports about one big initiative, “the Model Alliance has broadened its mission in the last five years, promoting social responsibility and transparency in global supply chains alongside tackling sexual harassment and unreasonable pressures on models to engage in starvation diets.” But to return to lukewarm royalty with whips from outer space, the whole point of camp, to quote Susan Sontag, is to dethrone the serious. But what is campy in any man saying that he is obsessed with boobs? When a very prominent fashion designer says that he is sick of stick-thin models, what is he dethroning? It isn’t like the models had stopped eating to suit themselves, na? 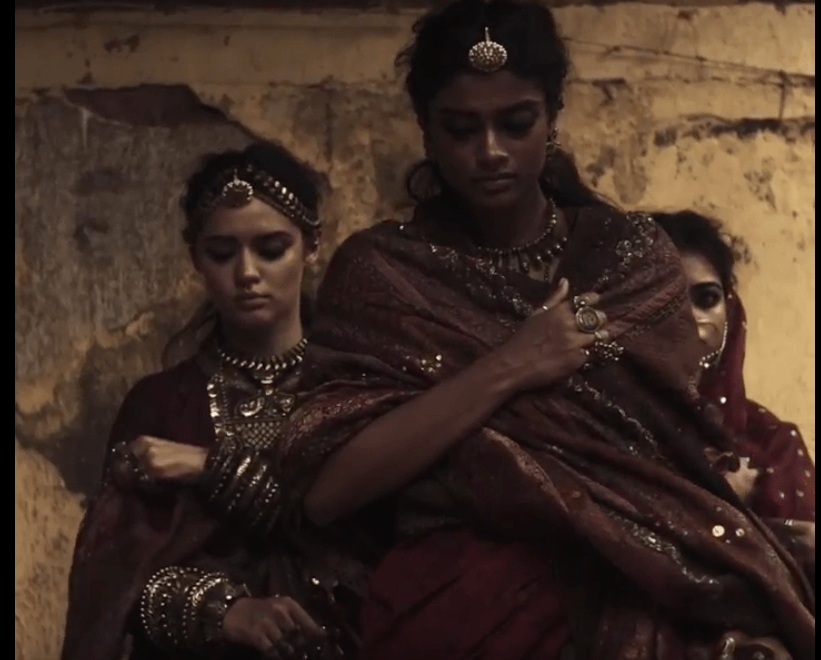 I would encourage you to go take a look at Sabyasachi’s videos promoting his recent Kesribai Pannalal collection. As always, everything is beautiful and maximalist in a deeply satisfying way. Observe the scrunched postures of female models in palatial settings – looking down, clutching and fingering their ghungats and pallus — in strong contrast to the moustache-stroking male models who can’t seem to move without gigantic strides and flourish of drapery. Observe and don’t blame yourself if you giggle. Dude, come on. The production values are awesome but it had so much unreconstructed retro, it had a whole lot of ‘Oh Siyaram, coming home to Siyaram’ going on.

And to be sure, there is a lot of bosom on display. But this new décolletage is less a celebration of breast per se than women sewn into uncomfortable looking cholis. It is a perfect example of what designer Payal Khandwal was saying her in her recent Voice of Fashion essay, “I can’t help but notice [women’s] clothes that are romanticised—too cumbersome, too heavy, too tight, too short—make us women struggle with the bodies and lives we’re blessed with.”

It is unfortunate that this particular interest of Sabyasachi got aired in his apparent desire to stay ‘fresh’. Because the answer for Sabyasachi’s tone-deafness might lie in a very boring affliction that will eventually catch up with all of us. Generation gap aka Aging with Smugness. Or perhaps it is just that as Payal Khandwal was saying in that essay, we just need more women designers to make clothes for women.