HomeKrantiAn Open Letter from the Women Reporters of Khabar ...
October 15, 2018 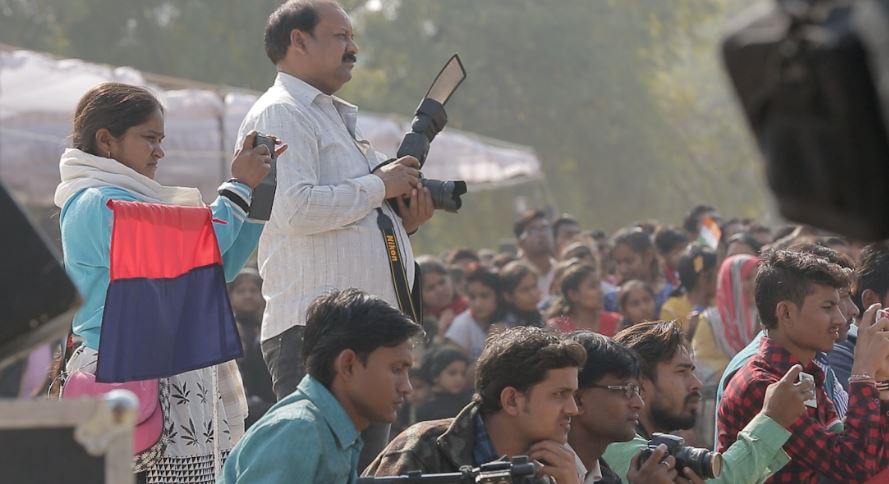 We know that this is risky business, speaking from the shadows, from the grave even. We’re not here, really. We’re not meant to be.

Yet, when the world outside is aflame, then how can we stay silent?

We want to add our stories of violence by you – our peers in journalism, our colleagues, bosses and rivals – to the stories that are proliferating, and ask you how things can change for us.With no laws or committees, no forums online or offline, no networks of power, and not even the beginnings of credibility when we begin to speak, will you admit to your wrongs? Or will you say, as you always have, that we shouldn’t be here in the first place, so why complain about it?The way you said on Facebook, ‘The next thing you know, Sunny Leone is going to say she was assaulted too.’

Will the thousands of brave women who have shared their stories amplify our quieter stories of everyday harassment too – so that you realize this will not be tolerated any more?

I trusted you, despite the rumours that flew wildly when we were seen together on your bike, when our selfies reached Facebook. But it became too much. The case of sexual assault I was able to file, miraculously, got you in jail for a brief period of time, but it has ruined my career. I have no colleagues, friends, family who stand by me. You are untarnished, and I have nothing. I am a Whatsapp joke to you now, you brag about the case I filed against you. People, including women in my profession, only say I got what was coming.

Our stories come from Aligarh, Mahoba, Banda, Chitrakoot, Guna, Meerut, Udaipur, Bhilwara, Samastipur, Rewa – no small town with a woman journalist lacks for these stories of battling sleaze and abuse, every single day. We have been told, again and again,until it rings in our heads, in our offices, outside the district headquarters, outside the police station, inside the police station:Why don’t you go into the beauty parlour business? Start a kirana store?Can’t you get a job as a teacher or nurse? Do you think you’re going to become a Collector? It’s not good for a woman like you to be roaming around all day in the hot sun. You should take care of how you look. Wear a bindi, and a sari. No sindoor? Oops, did we send you a ‘blue film’ by accident? Didn’t know there was a woman on this media group. Sorry madam, galti se chala gaya hoga.

The echoes of your taunts and laughter, your complicity with/in the system that wants us there, sharing space, sharing power, as little as you do – have forced us into shame, doubt and despair – even death.

There was a girl I knew… She was selected in [a major national daily]. Her in-charge was in Agra. Now I don’t know what her connection to Agra was, nor what their relationship was, but the in-charge was fired. The girl was kept on, but she was so stressed, I don’t know why, that she left and joined [another major Hindi daily]. This rumour flew around that the in-charge had misbehaved – aise dekh liya tha, vaise dekh liya tha (seen in her compromising positions). Her new in-charge then treated her so badly (itna shoshan kiya) that she became mentally disturbed. She was from Hathras, that girl.

Power works differently in our mohallas and galis and chaurahas. We live tightly bound to community structures – you are often our distant relatives, neighbours, watchdogs with deep interests in keeping us bound. Upper caste men aren’t too keen on watching girls from their community running around reporting. They like to keep them in check, like they can do with their daughters-in-law and their wives. Yet, despite the close distances, and with little knowledge of other women in other places, or the power of a hashtag, we have spoken and acted, using our voice and the broken tools of the law. It matters to us to speak, otherwise why would we be breaking all barriers to do what we do? If we don’t call you out, you representatives of the fourth estate, then how will we call out any other wrongful use of power?

You stalked us, on the phone, on the streets of our own towns, driving close or stopping right in front of us, saying, with the lewdness dripping off your safas, ‘Come, let’s do some journalism together’. You’d rub up against us, in court, or at the site where a crime is being covered up, and slip notes into our hands, provoke, tease, humiliate us about not knowing how the game is played. You refused to comment on our best stories, claiming that it would set off rumours in the office of unprofessional behavior.

You didn’t seem to think about unprofessional behavior nor community mores when you were Whatsapp-ing us at midnight and commenting on our profile pictures and urging us to agree to rendezvous, which you wouldn’t entertain for your good wives and daughters. We filed complaints, were forced out of online spaces where we had just about made an entry, and for our efforts, got retaliatory FIRs from you, prohibitive fines, and permanent labels – the whore who dared to speak.

In the state capital, I went to the HR department in my newspaper’s office with my appointment letter. The person at the newspaper office told me to take a room in a hotel for the night and stay back and that he would come there and speak to me. When I flatly refused he told me, ‘Suno Madam, patrakaarita karna hai na to sab kuchh karna padega, hotel bhi jaana padega aur wahaan uthna baithna bhi padega (Listen, madam, if you want to work in journalism, you will have to do everything, you will have to go to hotels and do whatever is expected there too).’ I got very angry and tore up the appointment letter there and then and threw it at his face. I knew I had no access to the owner and his contemporaries would never stand up to him. In an office rarely do people like this stand up against one another. How long would I have fought with him given I was in another city?

We feel relief that there is a platform and a movement that promises to expose the abuse that keeps us tied down, under the control of a powerful structure. But there is a dark place in our minds where this relief refuses to reach – those of us who continue to fight, or those who have been defeated. The memory of a friend and colleague, a single woman trying to make it in the world of small-town journalism, and who was pushed into despair and a lonely death, only earlier this year, with no resonating cries off or online.

At the end of the day, our struggles are of lone women operating with few avenues to reach out, with little or no support structure to fall back on, at home or in the world. Whatever defense mechanisms we have, come from our own instincts, dressing down our personalities, keeping multiple SIM cards, or leaving a trail of breadcrumbs, creating our own informal networks for help when we’re in danger.

We’re saying #metoo, but we fear it isn’t enough to jolt you out of your comfortable place of power and entitlement, or to provide us scaffolding when we are jolted out of the place we have created for ourselves.

Text in italics, excerpted from Zile ki Hulchul (2014), published by the Women Media and News Trust, are interviews with small town and rural women reporters, edited for clarity.