HomeLifeWhat’s the Point of Sharing Videos of Assaul ...
January 6, 2017 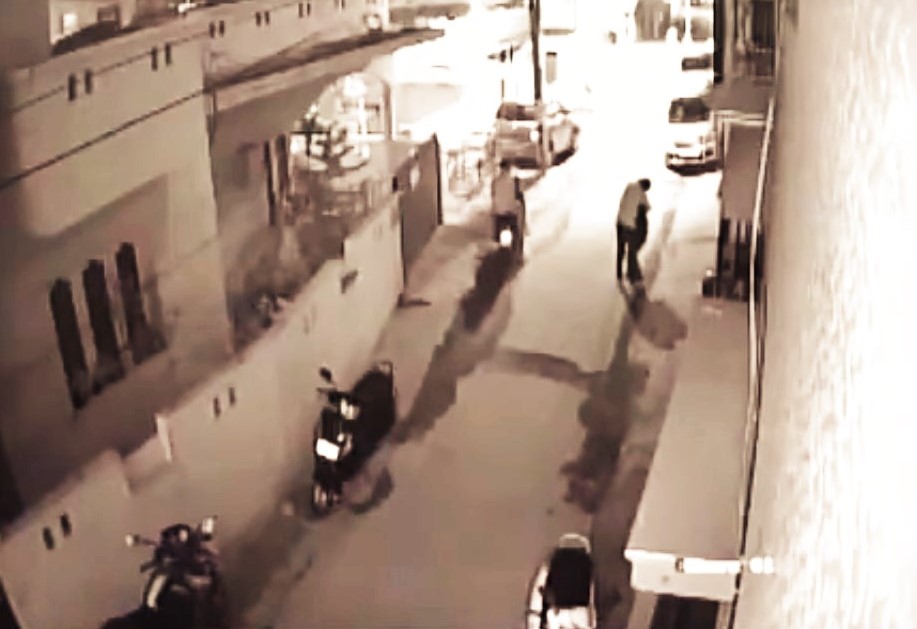 The Bengaluru molestation video clips on YouTube all have six-figure views. If one end of the spectrum of male responses to these is the absurdly facile #NotAllMen, the other is men expressing their outrage through indignant macho vitriol. The comments section on a YouTube video with CCTV evidence of a man groping and pushing a woman is littered with phrases by men that suggest violent ways to exact justice on sexual molesters, “…I will cut their p**** bloody m****r f****r?,” “I always try not to be abusive or profane but seriously inn m*****c**** ko public pe c**** do. Inki aisi maa c**** marr jayen saale,” and of course, ideas about fast-tracking the eviction of minorities: “Kick out the dirty bhayas and punjabis and chinks from north east and tamil tribals…”

Comments sections, we know too well, are breeding grounds for the bored, the petty, the depraved. But these comments, and others advocating castration and the public slaughter of the perpetrators, had me wondering about the usefulness of molestation videos being in the public domain. The legal value of visual evidence involving assault is a complex issue fraught with contradiction (for instance, there is substantial research to indicate that video testimony in cases of domestic violence can monopolise the narrative because of its perceived veracity, and end up sidelining the victim’s testimony).

In this specific instance, however, the molestation videos haven’t played much of a role in delivering justice. That’s because apart from one with clear CCTV evidence of a molestation (that took place in Kammanahalli, a different part of Bangalore on the same night), they are compilations of photos of women in crowds, looking distraught or crying. Although late on 3 January, Police Commissioner Praveen Sood tweeted that the police had found ‘credible evidence’ of molestations, that turned out to be only in connection with the Kammanahalli incident, for which arrests have been made. About the others, which eyewitnesses have attested to, the police say there is no evidence to prove they occurred, and that the compilations are footage of a fight being dispersed by a police baton charge.

Even if in this case the molestation videos are dubious evidence and may not contribute to the cause of the women who said they were groped, the question remains about whether it is useful to have these videos available on YouTube. Do they simply titillate and unleash the worst instincts of unhelpful paternalists? Or create widespread alarm with no corresponding legal action? Do they hasten justice in any way?

On a broader level, I think that they have the potential to be useful. Undoubtedly the ‘spreading awareness’ argument in favour of documentary evidence of assault is a tricky one: you might well argue that as a woman in India you don’t need these videos to be aware that molestation in public spaces is rampant, merciless, and occurs with tiresome regularity. Then again, some of the strands of conversation trending under #YesAllWomen might disagree with you, and say the video revived important debates and encouraged women to open up about their experiences. So the videos are not disseminating information about a new phenomenon so much as provoking people into responding to a vital, if all too familiar, issue.

It does, in some ways, boil down to your take on the effectiveness of dialogue when there is a distinct chasm between legal justice and debate. I’m thinking here of obvious parallels in the Black Lives Matter movement or activism related to the conflict in Kashmir: the likelihood of the conviction of white cops or Indian Army soldiers, or cow vigilantes being held accountable for brutality is slim, and that is a disappointing reality. “Despite video evidence of his killing, the case ended in a mistrial. It is a reminder that American law simply does not value black life,” argues a Guardian op-ed about Walter Scott’s death in 2015, underscoring a bleak but accurate point, as does the reaction of the passer-by, who filmed the shooting to the idea of the killer policeman walking scot-free.

But the scores of videos released online, even graphic ones like Philando Castile bleeding after being shot, were important not so much because they are a bastion of proof for the well-known violent tendencies of police against black men, but because they help to provide and strengthen an alternative narrative. One that doesn’t rely necessarily on police cameras. Returning to the Bangalore molestation, it was clear that the police isn’t wholly immune to public pressure either, and if the debates triggered by the much-sensationalised video helped – even marginally – to catalyse their investigation, the video evidence is still valuable. While its titillating potential can’t be dismissed (it’s not a myth that rape videos are widely circulated and voyeuristically appreciated in parts of the country), the twisted perversions of a section of people can’t be enough of a reason to not upload the material. (In the same way that the celebration of the flogging of Dalit people in Una was hideous, but did not stop people from organising movements like Chalo Una!, where visual evidence formed the basis of the protest.) Finally, women as citizens do have a fundamental right to the evidence if it’s floating around out there, because controlling what is acceptable for viewers is the beginning of a slippery and potentially deadly slope. And comments sections will find a way to be obnoxious no matter what video is up for discussion.