When it first popped up on my twitter feed that Mohanlal had weighed in on The Kiss of Love, I was not very excited. Firstly, it recalled painful memories of the 2012 movie Confident Casanovva, which stars ‘Lalettan’ as Casanovva, a flower tycoon who spends his time jet-setting around the world trying to escape from large groups of lovelorn models who chase him wherever he lands. The movie script is rumored to have resulted from a mutation in the V-Day section of the Hallmark factory, so I was lukewarm towards the idea of more corniness from Lalettan about the sanctity of love.

Secondly, Mohanlal is one of the most skilled equivocators I know of. His interviews are a lesson in how to sidestep inconvenient questions, how to answer questions with questions that sound like answers and how to make interviewers ponder existential questions. This doesn’t mean that he gives bad interviews – he is charming, witty and classy, and on the rare occasions he decides to leave the fence, his answers are unfailingly logical and sure-footed. Even when he equivocates, he says appropriately deep things which leave you satisfied.

So, imagine my surprise when his blog post turned out to be a scathing attack on moral policing and a ringing endorsement of the Kiss of Love campaign. He called out the pseudo-morality of Malayalis and the opportunism of groups who were stepping up to defend “Nammude culture”.

It’s clearly not an impromptu blog post – it’s too well-thought-out to be one. So, it gave me great pleasure to see someone I deeply admire release such a strongly worded statement in support of a cause I believe in. As literally the most popular Malayali in the world, his word undoubtedly carries a lot of weight and hopefully it makes a lot of people rethink their favorable stand towards moral policing.

One sad aspect of Lal’s statement is that it reminds you of how deep rooted sexism is in Kerala. Mohanlal, as not just a man but the most admired man in Kerala, was able to say what he did and receive applause from all quarters. He might even have changed a few minds, if we are lucky. But I have to admit that if it was Manju Warrier or any other prominent Malayalam actresses who had come out with such a statement first, they would have been shouted down mercilessly, not to mention suffered the routine defiling of Facebook walls. Of course, that does not diminish the significance of Lal’s statement. It’s just a sad truth.

What does dim his words a little bit for me are a couple of niggles, like the line on how shameful it was that women the age of our mothers are raped. It felt to me like an unnecessary emphasis on the age for shock value – that would have been just as powerful without the age qualifier. There was also a throwaway reference to Khap Panchayats as committees convened purely for honor killings. That is not relevant to the subject or the audience he’s speaking to, but it could have been avoided.

This is an attempt to faithfully translate the blog post. Of course, some of the impact will be lost in translation and some if you do not have that Aaram Thampuran drawl voice-over in your head, but it’s a remarkable statement which deserves to be widely read, regardless. 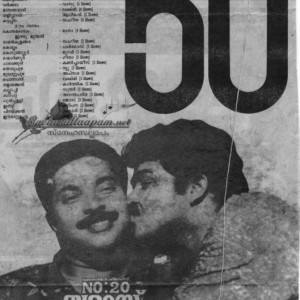 A few days back, after seeing his wife off from the Kozhikode railway station, one of my friends was having dinner at a restaurant. He overheard a group of youngsters at the adjacent table discussing the Kiss of Love and moral policing. It seems that one of them said, “I wonder what Lalettan thinks about all this.”

My intention in relating this story is not to blow my own trumpet or to suggest that my opinions are pearls of wisdom. He made the throwaway wish probably because of nothing more than my occasional forays into subjects of public interest in my blog. I was intending to write on the subject of moral policing even if such a conversation had never happened at the restaurant. But the expectations from him and any others who might be out there make me feel more responsible while sharing my thoughts.

The day Downtown Café in Kozhikode was vandalized in retaliation to reports of ‘Immoral kissing’ in the restaurant premises, I was in Bangalore. I spent the whole of last month in Bangalore, a city I love due to myriad reasons. Bangalore used to be referred to as the Pensioners’ Paradise – there were a lot of factors which made it ideal for retired life. But these days, I feel that Bangalore is more aptly described as a Lovers’ paradise, given the freedom which young couples enjoy in this city. You can witness the beauty of love everywhere – especially in restaurants, pubs, and parks. It is a joyful thing to behold as long as your gaze is without envy or intolerance. The world around the lovers knows better than to intrude into their private space – it lets those tiny heavens be.

I happened to be not too far from Kochi, the day Kiss of Love happened – I was on the sets of the new Sathyan Anthikkad movie along with Manju Warrier and others. You couldn’t be blamed if you thought there was a riot in progress in Kochi that day – Unruly mobs, police, lathi charge, tear gas, arrests, frenzied analysis on TV – All for what? All for the right of two individuals who like each other to kiss publicly with mutual consent. It’s unlikely that such a protest would create similar ruckus in Bangalore or the other Indian metros. In Kerala, we still have a medieval and perverted attitude towards male-female relationships.

Think about the atrocities we commit under the banner of morality – We ransack restaurants. We tie people to trees and beat them to death. We send ‘Quotation’ teams to eliminate couples we don’t approve of. It is not dissimilar to the primeval honour killings which still happen in some remote North Indian villages – defiant couples who are deemed unfit for each other due to caste or financial disparities are murdered in cold blood under the auspices of Khap Panchayats. We might be able to rationalize why such evils persist in an uneducated society but in a community which wastes no opportunity to strut the 100% literate tag, such perverted acts of moral policing are shameful and inexcusable.

Our buses still have separate seats for men and women. Even in this day and age, a man will not take the vacant seat next to a woman or vice-versa. An 18-year old boy would rather swing from the handholds than share a seat with a 90-year old grandmother – Isn’t this the real perversion of morality? Malayalis in Kerala must be the only community in the world who believe that all male-female interactions are sexual. A man and a woman can be bonded by one or more of several feelings – friendship, affection, respect, motherly love, and platonic love to name a few. But the Malayali doesn’t know or doesn’t care about the layers a relationship may have. Ironically, despite his obsession with sex, he doesn’t know all that much about sex either. Molesting the homeless 3-yr old who cries to sleep on the cold floor of a roadside shop is sex for us. So is raping defenseless women who are old enough to be your own mothers. The Malayali is now at a very strange juncture, indeed.

Another major cause for alarm is the sudden materialization of new guardians for our moral values. Political parties and religious organizations have quickly set aside their differences to form a Moral Justice League of sorts, with vast reserves of enthusiasm hitherto untapped even during major public issues. When a bridge collapses, when an entire road becomes a giant pothole, when a three year old is molested, when men are murdered in the name of black magic, when towers of garbage pile up all around us, when clean water is nowhere to be had, when an accident victim bleeds to death by the side of the road, when old people get unceremoniously dumped into nursing homes – no one shows even the slightest hint of the social responsibility which is overflowing right now. To quote [the poet] Balachandran Chullikkadu – ‘Has any of these politicians or religious leaders organized a march to a restaurant caught brazenly serving unsafe food? Surely that is a more pressing concern than two people kissing?’

India has a clearly defined legal system which neither religious leaders nor politicians have the right to enforce. We fall into strife only when they try to take the law into their own hands. Neither of these groups should have the remotest say in how we decide to conduct ourselves.

Morality is not something which can be prescribed to you by an individual or a group of individuals. Neither is it something which can be clearly defined within a legal framework. A moral code is something which is deeply personal in nature – no one else has the right to try and dictate it to you. At the same time, as civilized individuals who are cogs in a structured society, there are certain limits we decide to place on ourselves – again personally. To speak plainly, we need to apply sense. We must perform a balancing act between personal liberty and common sense.

We have the right to kiss each other and the right to not kiss as well. But I do not have any right to tell you that you should not kiss in front of me. It is I who should avert my eyes from sights I deem unpleasant. That is the polite thing to do. And the right thing, too.

Abdul Raouf is a software engineer who has now realized the potential demand for a software which will generate a functional 2-line bio on demand.

29 Responses to “Remember When Our Once-Fav Mohanlal Dissed Moral Policing in Kerala?”