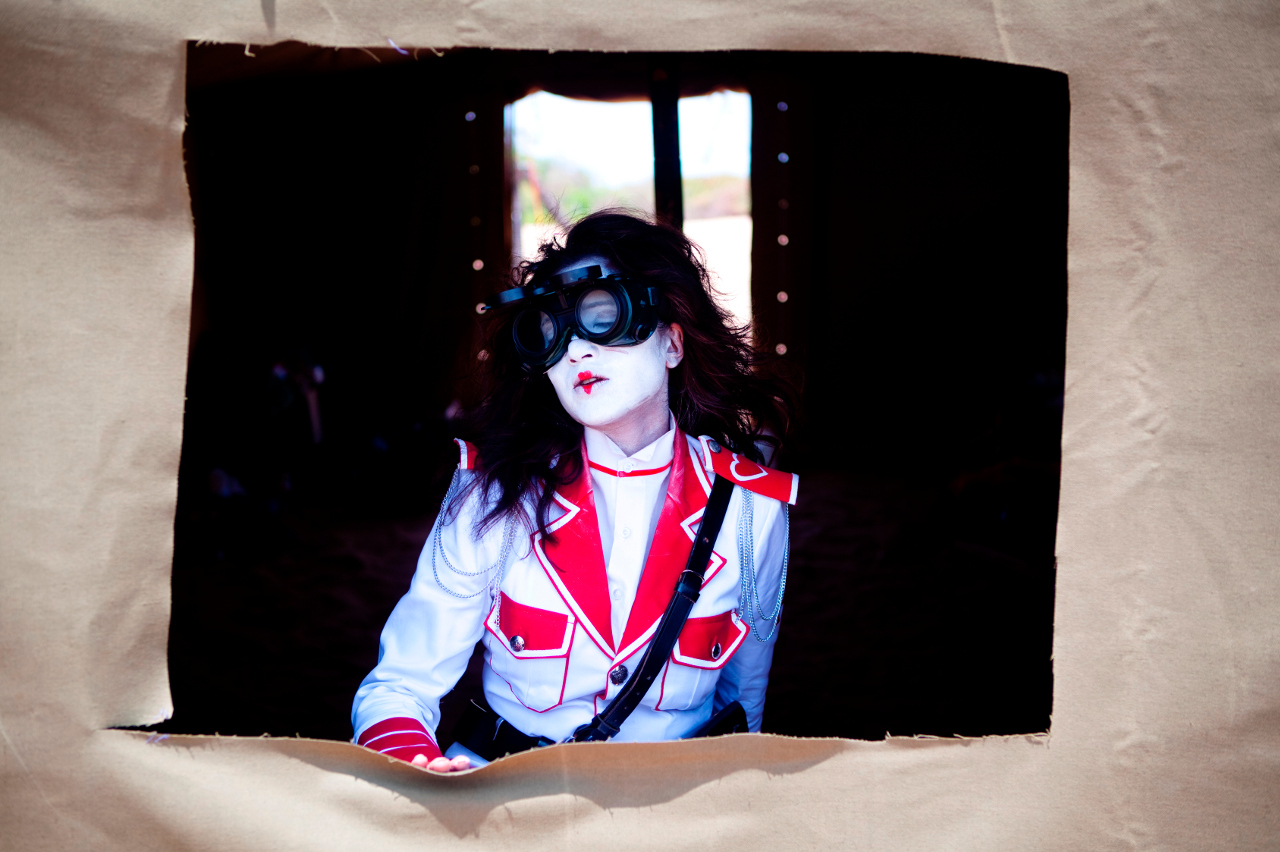 Tasher Desh is an adaptation of Rabindranath Tagore’s play Tasher Desh, as imagined by (yep, there is a meta angle) a tripping playwright who is looking to adapt the play in what looks like modern day Kolkata. In the frame story, we follow the depths of sorrows of a desperate Prince (who feels he is stuck in a rut of pleasure, confined to his palace, played by Soumyak Kanti De Biswas), his drunk mother (a queen who has fallen out of favour, played by Tilotamma Shome) and his best friend (the son of a merchant). Outside the frame, we see the playwright imagining his adaptation as he meets his muse (a widow) in an abandoned and decrepit palace (surrounded by her own demons). 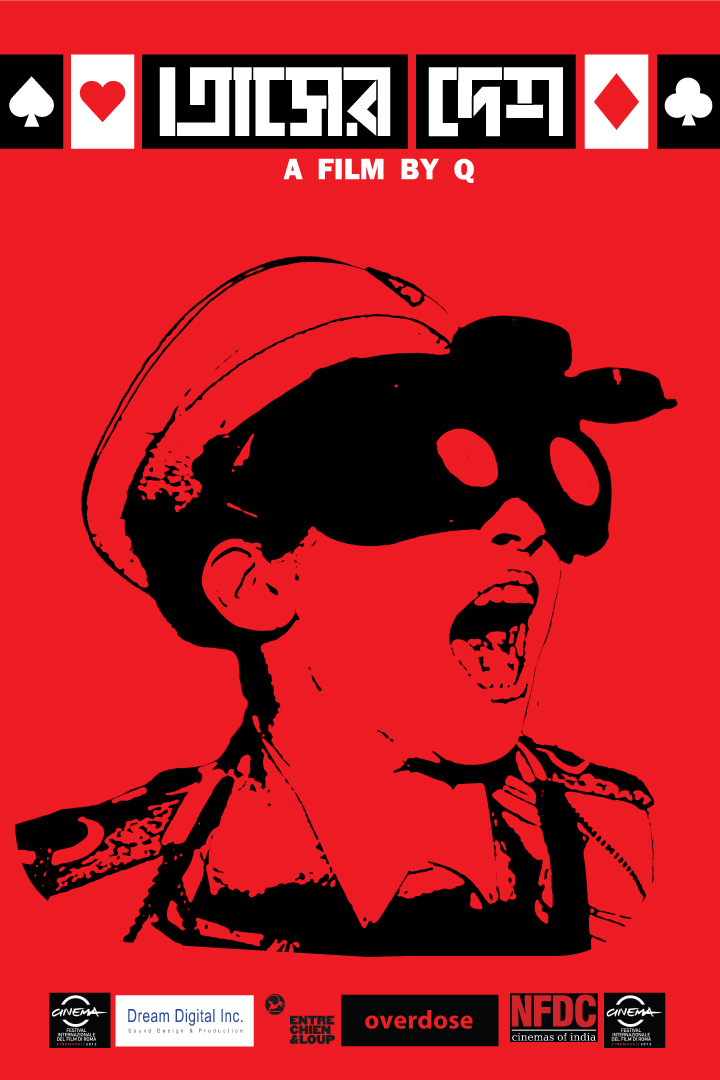 The Prince decides to take a journey with his best friend to a far away land upon advice from the Oracle in a trippy love song. That is when he lands in the land of cards, where humanoids are classified as if they were cards who are not supposed to show any emotion. The Prince and his friend, with their newfound sense of freedom and joy, can sense the humanity under the coats of paint and uniforms of the card people. The playwright’s muse becomes the Ace of Hearts, the first of the rebels in the land of cards and the one who leads the revolution against the King and the patriarchal nature of the society. The playwright helps his muse escape her confines and they walk off into the sunset (figuratively).

The soundtrack of the movie is fantastic. The visuals are dream-like, the colours shuttling between lurid and black and white. Unlike Q’s claim-to-fame movie Gandu, where the actors looked like regular people, the actors in Tasher Desh are all quite gorgeous. Their performances could have been a lot better though because that really seemed to take away from the effort that the filmmaker put into creating the dream. The film capitalised on its space for wit, which flows without making itself loud and in your face. What took away from the storytelling is the haste with which the director deals the third act — leaving you with a sense of incomplete. The film is fairly long (more than 90 minutes), thus raising your expectations from the denouement. The movie has an entire scene between three card-women, who discuss their own freedom and the shape of their society — which you never really see coming in the first half because apart from the Queen, all the other women on screen look no more than props. Thus Q’s Tasher Desh clears the Bechdel Test.