Mushiness. Melodrama. General nonsense. Ananya Swaminathan (Alia Bhatt) and Krish Malhotra (Arjun Kapoor) meet at IIM Ahmedabad, and as the destiny-laden rasgulle would have it, they meet and fall in love. She’s the hottie who every guy wants and he’s the nerd with the inevitable glasses – how can they not? Things get a little complicated when the Punjabi and the Tamilian decide to get married, though. The two families meet, clash, display racist tendencies, insult each other and finally succumb to their love over the course of two-and-a-half hours. 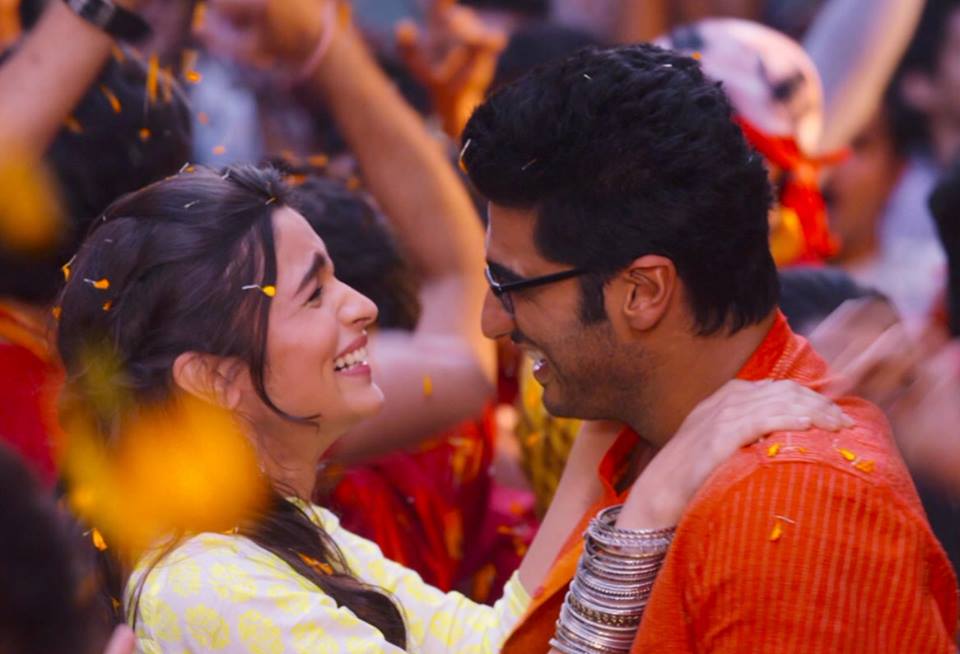 It’s all narrated by Krish, and maybe that’s why it’s more about him than about Ananya. He gets to have the father with the anger management issues, he gets to have the patient mother who struggled to bring him up. He gets the story, the history, basically. Ananya, to begin with, gets to complain about sambar. She also has no problems in life, apparently, and we know little about her family. Something about a mother who can’t sing and a father who’s feeling some office pressure, and countless South Indian stereotypes.

The film in general is like a horse on LSD – where sometimes it moves along nice and slow, out of nowhere it’ll rear up and bolt (what the hell was that ending?). And it’s just funny how it tries to make fun of sexism at times, unaware of how sexist it is itself. There’s a scene where Ananya confronts Duke, one of Krish’s family friends, because he wants a bigger car as dowry. I’m more qualified, I earn twice as much, so what makes you so special, she asks. “But mein toh ladka hu”. “Toh?” Laughter around me. But instead of asking Minty, the girl, why she would marry a patriarchal piece of mutton such as him, she convinces Duke to be happy with the car that he’s getting. There are other things too, like when Krish walks away from Ananya because her shorts are too short. Or when the first thing he asks her to do when she comes home is to try and win over his mother by cooking for her. And why does the woman from IIM get into Sunsilk, of all things?

Krish’s mother Kavita (Amrita Singh) is shown as this gossipy, bitchy, materialistic woman who suffers abuse from her alcoholic husband. Yes, she’s quite loving when it comes to her son, but all she is in this film is a wife and mother. A fascinating figure, on the other hand, is Krish’s father Vikram Malhotra (Ronit Roy), who seems to be the only real character. He’s cut off from the others and his story isn’t a part of everyone else’s, and that is quite interesting.

2 States has three women – who are crucial to the story – sharing the screen for over two hours. But it still somehow manages to fail the Bechdel Test. None of them talk to each other about anything other than men.

Update (21/04/14): Ladies Finger editor Jugal Mody points out that the film manages to scrape through the Bechdel Test on a technicality – there’s a tiny scene in which Radha (Ananya’s mum) explains to Kavita why ‘hanging gardens’ are called that.