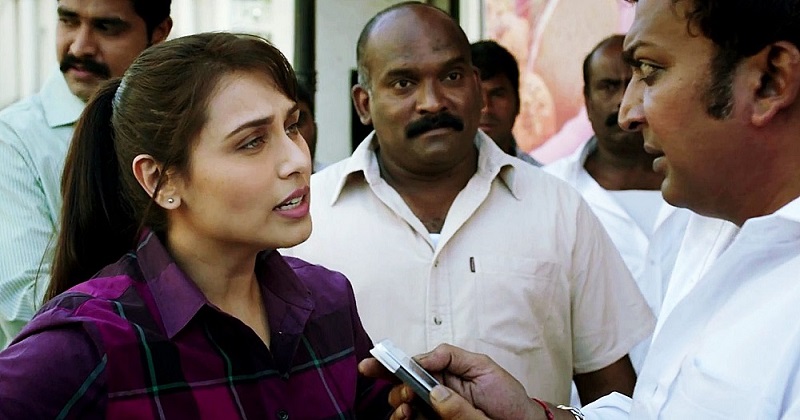 Mardaani passes the Bechdel test. And more. But our beloved Bechdel Test can sometimes be way too tame to throw at seriously exploding movies. So, inspired by Mardaani, we’ve come up with a new set of rules.

A Bechdel Test (on steroids) for Mardaani:

Needless to say, the film passes these new rules.

Mardaani’s biggest problem though is a complete lack of balance. Everything is extreme.