Romantic comedies are usually love stories. The first plot point is almost always Boy Meets Girl. That means, according to formula, the first act is often about the mundane nature of their lives. But that’s where One By Two provides a twist – it digs further to show us that the mundane comes with a drama of its own, and makes sure that the boy and girl do not meet right till the end. This is the story of how Amit (Abhay Deol) and Samara (Preeti Desai) are destined to meet, and how they eventually do. The movie is set in Bombay where Samara is a professional dancer and Amit is a software engineer (and a non-functional singer-songwriter). The movie is about how everything in Amit and Samara’s lives is serendipitously connected, with the universe playing an important role. 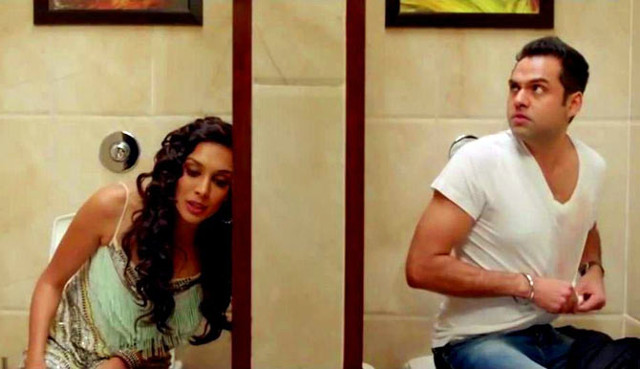 As far as the Bechdel test goes, this (totally missable) movie has quite a few named female characters (almost as many as the male ones, if not more). With the movie exploring the boy’s world and the girl’s world separately, there are quite a lot of woman-to-woman conversations. There’s Samara discussing a reality TV dance competition with her mother, and later, her mother’s alcoholism. Or Samara having conversations with her best friend about sneaking into the auditions, being voted out, and about life. This film quite successfully passes the Bechdel Test.