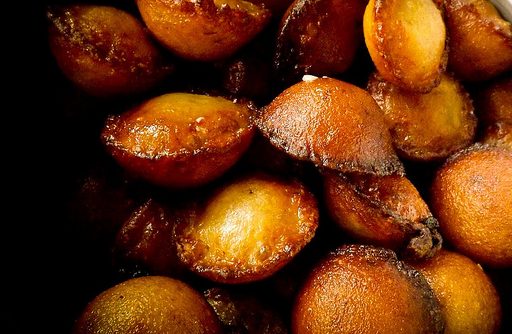 So many jokes must be made about Kerala’s new ‘fat tax’ I am not sure where to start. The basics before the jokes. Kerala’s Finance Minister has just announced that 14.5 per cent tax will be charged on food from branded restaurants such as Pizza Hut or KFC all of which sell burgers, sandwiches and other non-local things that make Rujuta Diwekar cross.

Our favourite The News Minute (where we first read this amazing item) speculates that “while the budget speech failed to mention the rationale behind the government’s move, a fat tax has been imposed by countries like Denmark and Hungary to fight obesity.” Obviously, this reminds me of my father.

Once, in the heat of an argument about the environment or labour, my father, embittered by his defeat, delivered this parting shot: “No one will ever marry you… except somebody from Scandinavia.” This was admirable accuracy in placing my 23-year-old self on the political spectrum, but are we placing Pinarayi Vijayan’s government in the same Denmark of the mind?

Certainly, Finance Minister Thomas Isaac has a history of rather exciting views on development. A reliable source tells me that an anganwadi programme in his constituency had, even a decade ago, the practice of each toddler’s family taking turns to feed the rest of the class their own version of green gram payasam. It sounds like a complete fantasy when set against the newest editions of malnutrition among the urban poor in Mumbai and Delhi, where a child’s first year is often powered exclusively by Maggi noodles and biscuits.

It’s all cool for us to cite Kerala’s obesity and diabetes stats, but if you’ve ever eaten one uniyappam/one neyappam/one pazhampori, you know that no one can stop with just one. (Yes philistines at Google, we are looking at you. How could you decide that the next Android version should be called Nougat instead of Neyappam after we voted so assiduously?) You can’t stop at one unniyappam, and if you eat two you can’t even count to two. And if you eat that utterly delicious artery-clogger called a Kerala Paratha (currently being tossed up beautifully by a young Manipuri in Tiruvalla or an Oriya in Kayamkulam) you’d be okay with life itself being taxed, because sentient thought is absent post-KP.

The only thing that’s more terrifying than us fat, drunken Malayalis is the thought of carb-starved, highly-athletic Malayalis jonesing from the lack of Kerala Parathas and Beverage Corporation goodies. It’s not for nothing that Caesar worried about Cassius’ lean and hungry look.

Obviously, the new tax is less fat tax than fat-of-the-land tax. Isaac is quoted as saying he expects to raise Rs 10 crore from the tax. Perhaps a tiny fraction of the tax will be deployed to plant the thousands of jackfruit trees Isaac has promised Kerala. A delicious thought filled with chakka halwa that takes the place of any regret for pizza.