The nuns at the girls-only convent school I studied in thought that sex education meant educating us to not have sex. The doctrine went something like this: “Soon you will leave school and meet <insert hushed tones and matching gasps> boys! Always remember this… a woman should be friendly, but never familiar with men.” Friendly but not familiar — a mantra my mother got behind, as did popular culture and society as a whole during the years I was growing up. Because, you know, being familiar with a man just meant you were easy, that your parents didn’t raise you right, and that your morals were beyond rescuing.

It has been years since Sister Bernadine’s admonishment, but I admit that even today, I have not yet grasped that lesson — at what point does ‘friendly’ turn into ‘familiar’? What exactly do these words entail in behavioural terms? Because no matter where I treaded, this precarious line seemed to move at will — at the will of the man towards whom I was being friendly or familiar.

I’ve been reminded of this most poignantly during my travels. Maybe this is an extra burden solo women travellers especially have to face, as I certainly did when I travelled and stayed alone for five nights in a hotel. This was a small city and a small hotel, with the same staff working the same shifts every day — and hence, no teeming masses of waiters and bellhops whose interchangeability ensured the cold anonymity afforded by fancy, big city hotels. Meeting the same staff going and coming every day, I could not afford to be entirely cold. I was also raised to be polite and so I would say ‘thank you’ and ‘hello’ when the occasion demanded it.

Now, was this not the textbook definition of friendly? Yet, not one, but three male staffers in that hotel took my politeness to be an invitation to be more than just a guest in their place of work. They sent me friend requests on Facebook, asked for my phone number to ‘stay in touch’ on WhatsApp and other such familiar overtures — all of which I politely turned down of course, but not without a tinge of nervousness. Here I was, in an unfamiliar city, staying on my own in a hotel room to which these men presumably have access. You can be sure I turned every possible lock those nights, and snuck away in the mornings trying to avoid them. Is this the price we have to pay for being civil and professional? Do male guests get friended on Facebook and added on WhatsApp at that hotel as part of their hospitality? My guess is that they do not.

But I’m not even sure if this special treatment is reserved only for solo travellers. I just returned from a wonderful trip to Rajasthan with three other women. Over 9 days and 2,000 kilometres, we were driven around the state by a really nice guy we will call S. Now, S was a quiet gentleman in the beginning, but soon opened up, telling us stories about his beloved state, his naughty sons, his mother, his wife, funny clients and so on. We enjoyed his company and he did a great job — as a driver, as a guide and general entertainment. He even got us home-made sweets his mother had prepared for us specially! That sounds like we developed a healthy and nice bond, right? When we returned, he called me twice to make sure we all reached home safe. So far, so good. Then he texted me randomly a couple of times, with the ubiquitous “Good morning” pictures and videos of dancing fountains on WhatsApp.

Not alarming for any man, I am guessing. S’s sweet Whatsapp messages would only be a reminder of a good trip. But here is where I begin to panic. Is he crossing over from the friendly to familiar territory? Panic combined with guilt. Here’s a guy who was perfectly nice and professional, about whom I had developed a positive impression. And now, he’s causing me to question it. Or is it just me perpetuating some colonial, elitist, feudal mentality that somehow lingers in what I deem an otherwise progressive mind of mine? Or does this mean that I, by my words or actions, have somehow ‘encouraged’ him to cross some lines? Has he even, indeed, crossed any lines? I don’t know.

R, on the other hand, definitely crossed lines. He was a dashing young man working at a hotel where my American friend M stayed when she was visiting Delhi for work. Now, it was M’s first visit to India. Being used to American men and different standards of friendliness, and, of course, having never attended Sister Bernadine’s school, M interpreted R’s behaviour as nothing but friendly. He, however, took her friendliness to mean familiarity and started stalking her online and on the phone, even calling her when she returned to the US. M has since then, unfortunately, learned to stay firmly on the unfriendly side of the friendly-familiar line when it comes to Indian men. 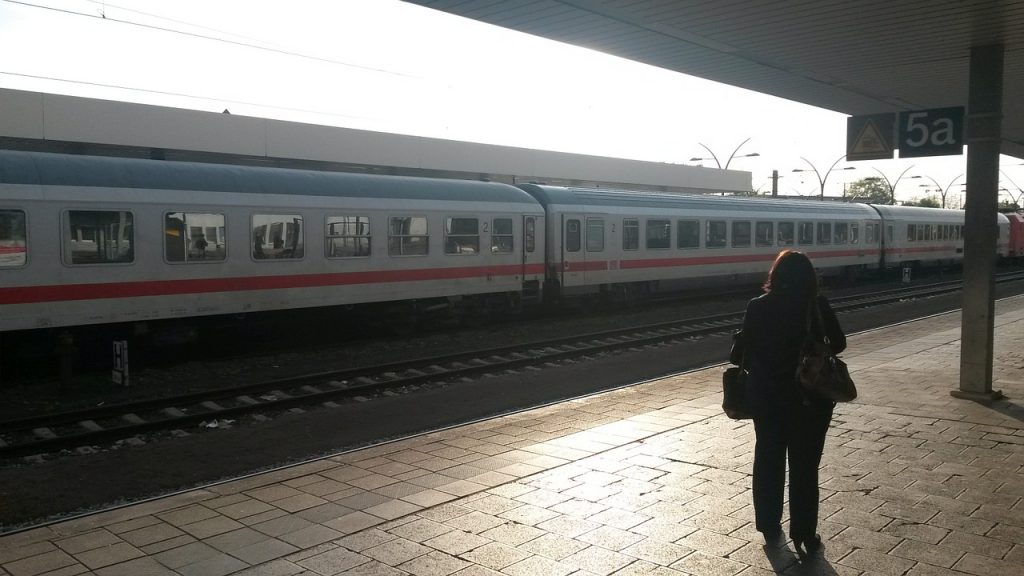 There are other examples too: Like the overly solicitous uncle on the plane who can’t believe I’m traveling alone and offers that patented brand of desi paternalism which involves crossing all sorts of friendly-familiar lines: “Let me help you with that bag” (really, it’s just a laptop bag, and I’m stronger than you, by the way), “Don’t you get bored traveling alone?” (because men never get bored traveling alone, right?), and the ever-popular, “You must really get married beta!” (yes, and ‘settle down’ and make babies so I can’t/don’t have to travel alone). The advice of not straying into familiar territory is not shared with men as much as it’s shared with women. And it’s not just different rules for women and men — it’s also different rules depending on your ‘family status’.

Case in point, my adventures with couchsurfing. When couchsurfing first became a thing, I was living in Mysore and I was encouraged to sign up, if not to offer a couch/place to stay, then to at least meet travellers in that lovely city and have coffee with them and guide them on their stay. The friends who encouraged me were a young married couple who lived with their parents and pets in a large palatial house in Mysore — the ideal “settled family” setting. They shared success stories of meeting and hosting adventurous travellers from all around the world, making friends and memories in the process. So I signed up. Instead of the yoga-seeking Yugoslavian or adventurous Argentinian, the only requests I got to meet up were from single men from Bangalore, who were treating this travel site to find dates or hook-ups! I scrutinised my profile to see if I had ‘led anyone on’, but no, the only difference between my profile and my friends’ is the use of the pronoun “I” (versus “we”) and a picture showing me, a single woman (versus a ‘family’). So is it something about solo female travellers that allows men to cross that line from friendly to over-familiar – even when the woman is not travelling!

My mother thinks strange men think it’s okay to act this way with me because I’m too nice and invite trouble for myself. I ask myself if this is true. I don’t have a ‘resting bitch face’. I have the opposite in fact, a resting ‘rescue-me-I’m-a-lost-puppy’ face, as someone put it. But from what I hear, that’s not the problem. Women in general, regardless of our baseline friendliness levels, have to put up with this dilemma of not knowing when friendly turns into freaking us out, because a lot of times, it takes nothing (not a smile, not a hint, not even a verbal exchange) for many men to assume that we are aching to know them intimately.

I’d hate to overgeneralise of course… I fully feel the pain of men who have to scale our walls of suspicion and self-preservation to try to get to know us and be friends (or more than friends). Like the guy who tried to start a conversation with me as I was buying vegetables, insisting that he knew me from somewhere. My inner Sister Bernadine snapped “I’m sorry, I don’t know you,” and I moved on quickly, but then I thought, what if I did? What if the poor guy was genuinely trying to place where we had met and then was rebuked because I’ve been socialised to not be friendly or be familiar with strange men?