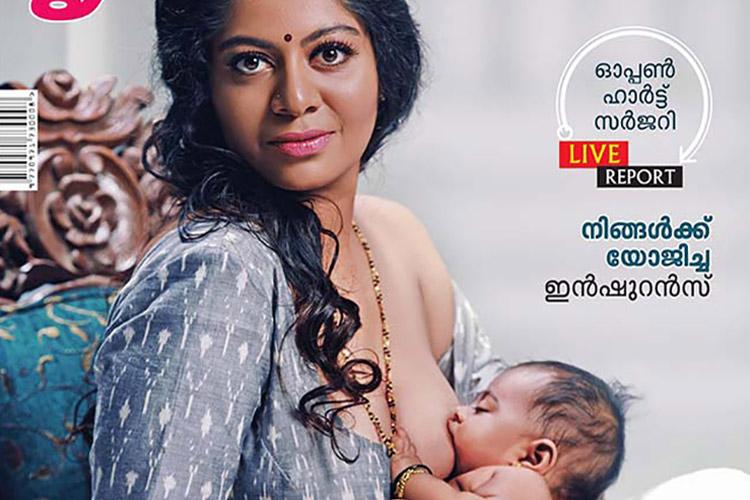 When British poet and polemicist John Milton argued passionately for freedom of speech in his speech Areopagitica as early as 1644 about print censorship, he declared, “If we think to regulat Printing, thereby to rectifie manners, we must regulat all recreations and pastimes, all that is delightful to man.” (All strange spellings here we lay at the feet of Milton.)

Centuries have passed since then, spellings have changed, but the struggle for freedom of expression, and the debates surrounding its restriction continue.

When the Kerala High Court refused to declare a magazine with a woman breastfeeding on the cover as ‘obscene’, it is indubitably a win for libertarianism. The verdict came two weeks ago, but the details were released by the legal affairs website Live Law.

A bench comprising Chief Justice Antony Dominic and Justice Dama Seshadri Naidu ruled against petitioner Felix MA who alleged that the picture, which was featured on the March 2018 cover of the Malayalam fortnightly Grihalakshmi, violated the Prevention of Children from Sexual Offences Act and the Juvenile Justice Act, as well as the Indecent Representation of Women (Prohibition) Act 1986 and Articles 39(e) and (f) of the Constitution. So apparently, not only is the woman indecent, the child has to be protected from sexual offences too.

The perception that breastfeeding is somehow an indecent representation of a woman, which can largely be attributed to the sexualisation of breasts to an extent that people have forgotten its biological purpose, is something we’ve all heard of before. It’s why the #FreeTheNipple movement originated on Facebook, and why we finally began talking about the way in which most people have been conditioned to see something inherently sexual and unsettling in an uncovered breast.

So, outrage was expected. But the human mind works in mysterious ways, so this outrage was channeled in some appalling, unexpected, and other truly hilarious ways. In her article Why So Much Outrage Over the Grihalakshmi-Gilu Joseph Breastfeeding Mag Cover, Sharanya Gopinathan of The Ladies Finger decoded this barrage of misplaced anger, and picked out the most ludicrous reactions.

“She (Gilu Joseph, the model) was styled to look like a married Hindu woman. This, of course, stirred up people on both sides of the political spectrum. Some people angrily asked whether Grihalakshmi would dare to depict a woman in a burqa breastfeeding, and bemoaned the fact that such ‘negative’ depictions were reserved for Hindu women alone.”

The Kerala High Court, fortunately, has similar sentiments on whether public breastfeeding is some horror. In the judgment delivered, Justice Dama Seshadri Naidu declared that there was nothing obscene or indecent in the visual. He referred to the the Ajanta paintings and the Kama Sutra (of course) to point out that Indian culture has never viewed the naked body as unnatural.

Indeed, sexual freedom and desire were welcome in ancient India, from the mystical Sufis to tantric yogis. In her recent book Infinite Variety – A History of Desire in India, author and professor Madhavi Menon writes, “All around me in the Delhi of 1970s and ‘80s were Hindi films that celebrated same-sex attachments (Anand), older women desiring younger men (Doosra Aadmi), and cross-couple desire (Angoor). Equally, there was Bharatnatyam dance in which dancers played the parts of both men and women, lover and beloved. Sufi qawwalis that sang of mutual longing between two men. And dotting the landscape were transgendered hijras whom we were taught to respect at all times.”

It is this rich history of freely depicted sensuality and desire that Justice Dama reiterates. The naked form is not something to be looked at through a narrow lens of modesty, but something to be normalised and even perhaps, celebrated.

To further cement this argument, the judgment uses the precedent set by the Aveek Sarkar vs. State of West Bengal. The Supreme Court agreed that “the picture of a nude/semi-nude woman, as such, cannot per se be called obscene unless it has the tendency to arouse feeling or reveal an overt sexual desire. Only those sex-related materials which have a tendency of ‘exciting lustful thoughts’ can be held to be obscene, but the obscenity has to be judged from the point of view of an average person, by applying contemporary community standards.”

At this point, one wonders what could possibly have “excited lustful thoughts” in Felix MA when confronted by the image of a new mother breastfeeding her child. Shame shame, puppy shame indeed.

Carmelene Siani, a freelance writer and mother, says it best in in her essay The Sexualization of Breasts & the Taboo of Breast Feeding. Talking about lactation stations, she says, “To tell you the truth, I think they are yet another way in which this patriarchal society discounts the essential necessity of a mother’s milky breasts while making sure that those same breasts remain for men a self-satisfying sexual toy.”

In a country like ours, lactation stations are a far cry. Which means mothers have to struggle to feed their child in crowded buses, or even unhygienic train stations, as Silpa Satheesh recounts in her article, I am a Single Mother and Undercover Breastfeeder.

Even when examined from legal definitions and precedents of what is obscene or offends the public’s sensibilities, the petitioner’s argument stands on precarious foundations of subjectivity and generalisation.

In its judgment, the court specifies the Supreme Court’s definition of obscenity as “offensive to modesty or decency; lewd, filthy and repulsive.” The courts acknowledge that to confine or define a term so broad is not a cut and dry affair, but that it will account for changing times and social norms in its interpretation.

Here, the judgment puts forward an argument that has been lost in the waves of saffron intolerance and oppression, perhaps because it is too philosophical, or too ambitious in its reach.

Justice Dama quotes lawyer Gautam Bhatia, author of Offend, Shock, and Disturb on the concept of legal moralism, which he says “involves the State in privileging certain ways of life over others and enforcing that privilege through criminal law.”

Thankfully, for those of us being overwhelmed by censorship in all its smug glory, the Kerala High Court provides a ray of hope. The sad part is that there were no women to be seen in the same postal code as this case or its verdict. No women referenced in this flowery judgment, and no women presiding over the case. So what we have to settle for is being happy that a bunch of men have agreed that this basic biological function that just gives life, no biggie, is acceptable for public viewing.

Hopefully, they can also multi-task and bust some ridiculous myths that people still believe about breastfeeding, like Madhya Pradesh governor Anandiben Patel, who is convinced that women in urban areas do not breastfeed their children because they think it will spoil their figure. (Also, get your eyes off our figures, politicians, lest you become Felixed.)

As for Felix MA, he should take a look at this beautiful photoshoot by photographer Trina Cary or this one by photographer Emma Shardlow Hudson, who tries to capture the array of emotions that the simple act of breastfeeding can contain. They would make him really uncomfortable indeed. But we suggest he gets comfortable with the idea of being uncomfortable.