HomeLifeAgents of Ishq Puts the Heart Back into Love
February 17, 2016

The first thing that strikes you about Agents of Ishq’s Rose Day video is its remarkable lack of cynicism. It’s an almost unsettling experience to watch young people in Ruia College, Mumbai, talking about love — in all its gender and sexual permutations — without brittle worldliness, with affection and acceptance. They talk about crushes, they dance, they exchange Rose Day cards. It’s as if we were briefly in a world where love and sex are both normal and a many-splendoured thing. Where Valentine’s Day feelings are neither a hotly contested political subject nor something to look down upon for their mushiness.

This sincerity is a hallmark of Agents of Ishq (AOI), an online sex education project from Mumbai-based Parodevi Pictures. Warmth and affection are laced through all their digital material. One how-to has the friendly condom Munna who sings Bollywood songs. Their podcasts in Hindi and English have everyday people talking about first kisses, missed connections, making out, being caught. 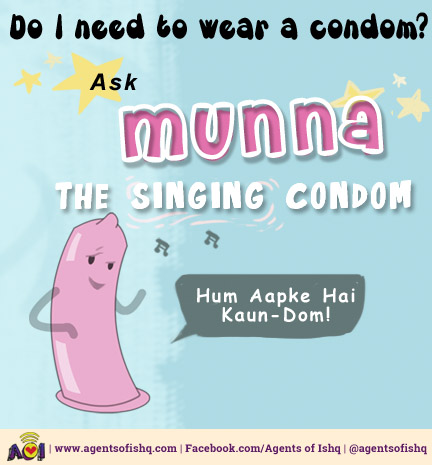 Filmmaker Paromita Vohra, the brains and glittering heart of the project, says the idea came to her when she was at the tail end of her television series Hum Tum Connected. “I had the constant feeling that we’re talking about sex in this polarized way. On one end, violence and risk. At the other end, aspirational orgasms. No one was talking about it with complexity and fun and kindness.”

The mainstream response to sex ed reinforces the notion that educated urban people are fully sorted about sex, and that violence lies among the non-English speaking, she says. Vohra, who also writes a newspaper column about love, was getting a lot of reader emails that made her fed up with this useless response. “Why were we making videos and materials that only mocked people’s misconceptions?”

A closer look revealed some facts. India does have sex ed. Some good, some half-baked, some navigating difficult circumstances, often very boring. Schools teach a little about reproduction. Non-profits have adolescent sexuality programmes, which usually look at violence or child sexual abuse. The big problem was that there is little Indian material, and each educator was on her own.

Vohra and her team spent six months researching how to fix this gap. One of their surprising findings: Shame continues to loom large over all things sexual. What! Even for those young people in the metros always talking about their Tinder dates and making jokes about their sex lives? Even they, found the team, were either worried they were not getting as much as others or that they didn’t know something. In Agents of Ishq (AOI) workshops at colleges, students said one kind of thing — it’s all cool, it’s not serious — in the discussions. But in subsequent anonymous chats there was plenty of uncertainty, a continuing feeling of mistrust between genders.

There was the simple lack of knowledge about bodies. When asked the name of an STD other than HIV or the price of a condom, students struggled to answer. Compounding this was any sort of guiding cultural framework. 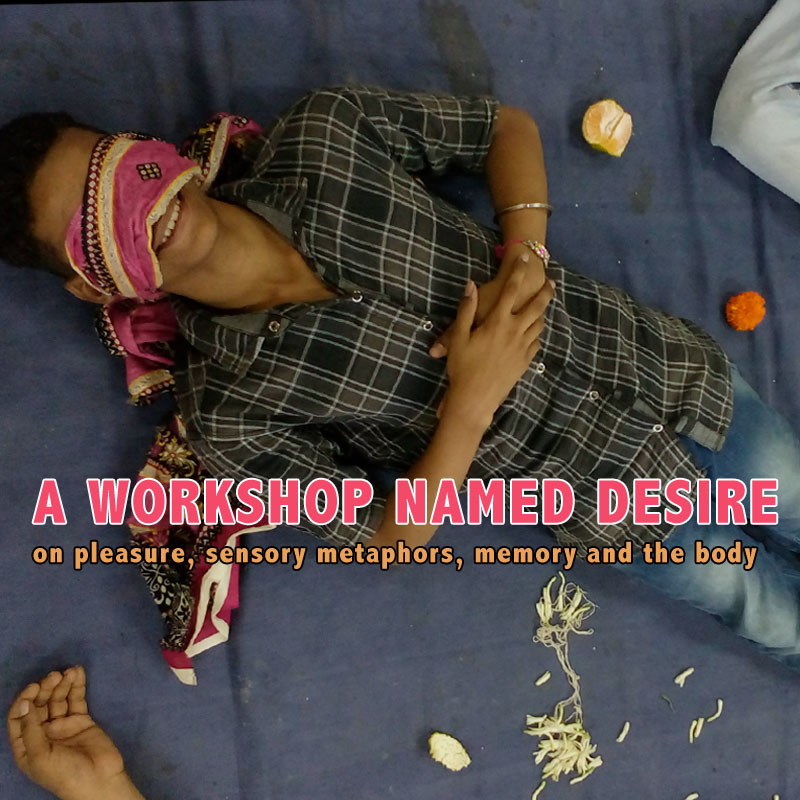 Recently, Agents of Ishq released two new objects that reflect these desires. One, a delightful and riotously funny sex ed YouTube video for children called Main Aur Meri Body. The team had found that between children’s boredom with reproduction classes and teachers’ awkwardness, often basics are not covered. They may know babies are made when sperm reaches the egg, but they haven’t a clue how the sperm reaches the egg. “We wanted to give the biological information clearly. We wanted to also shift the conversation from just reproduction to a love for your body. That’s why the video isn’t called Bachche Kahan Se Aate Hain?”

The second AOI activity — one that will interest all adults — is their online discussion not around sex ed, but around “sex ett” or sex etiquette. People often ask AOI questions that really trouble them. “If we had sex and then the next day I send a message saying I had a good time, does that make me polite, or desperate, or hinting that I want more? In a first-time sexual encounter, is it rude for the guest to ask to spend the night? And is it rude if the host doesn’t invite the guest to spend the night?”

It’s AOI’s contention that modern discussion about sex is as prescriptive as old-timey Films Division documentaries. They argue that people instructing you to be just feminist and progressive about sex are not remotely convincing. On the other hand, good manners in the Love and Sex department will help you treat people well, regardless of sex, gender and caste.

“I am a big fan of good manners,” quips Vohra. From their research, AOI knows that even in our relationship trends, such as supposedly casual Tinder dates, people have a persistent feeling of not being treated well. But they can’t say anything they feel because it would sound old-fashioned or commitment-hungry. To these situations of casual sex, what if you apply the idea of sexual etiquette?

During AOI’s discussion on Twitter, one gent had the kind of response that makes it immediately clear why etiquette is a good concept in sexual relationships. To the question of staying over after sex, he responded, “A host should always offer. The guest should certainly not impose.” It took away the tense powerplay and distrust in casual sex that AOI talks about. And brought back the simplicity of the Rose Day video.