HomeNewsIranian Women Allowed to Watch Football in a Stadi ...
June 22, 2018 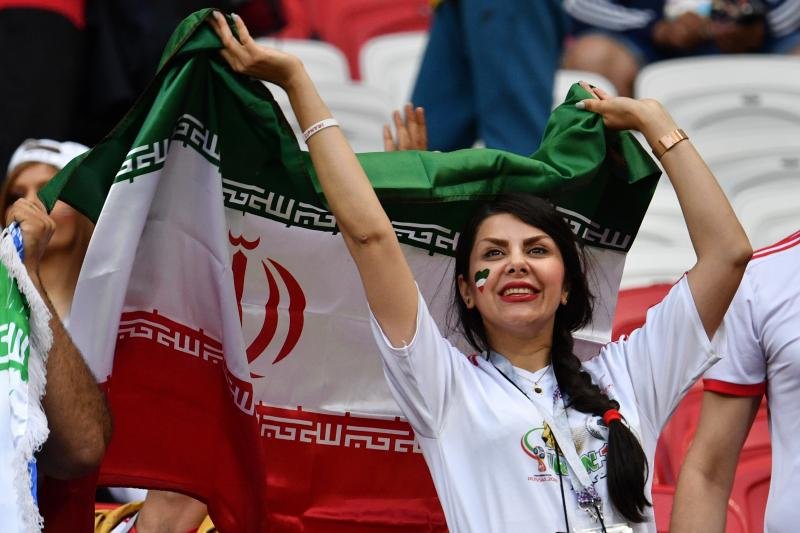 Five years ago, a few weeks after we launched The Ladies Finger, we wrote complaining that Iranian women were not allowed to watch football to cheer their own team. Five years to the day, this World Cup, women fans entered the Azadi stadium in Tehran to watch Iran play Spain. As we said then, honk if you are an Iranian woman and you love football.

Backstory. Since 1979 only men have been allowed to five years ago, a few weeks after we launched The Ladies Finger, we wrote complaining that Iranian women were not allowed to watch football to cheer their own team, enter the celebrations at the hello, hilarious name, Azadi stadium. Last time around, the Football Federation announced in advance: “In this ceremony, only men are allowed to be present and the women who like the national team are asked to avoid coming to the Azadi Stadium.”

Women had not been allowed to watch football in Iran since 1979. Iranian women have registered their protests in hordes over the years, every time Iran’s had a major international victory — by honking their car horns, taking off their veils and breaking into the stadium. Lots of grave foreign policy sorts have been writing about football as the barometer, canary in the coal mine and other such metaphor for gauging the true state of Iranian politics.

On the other hand, the Iranian women’s team was disqualified from the London Olympics for wearing hijabs on the field. Jolly multiculturalism.

In solidarity with football loving Iranian ladies then, let us watch a little Offside, Iranian filmmaker Jafar Panahi’s 2006 film. In Offside, a group of young Iranian women wear boys’ clothes to get into Azadi stadium to watch a World Cup match — one between Iran and Bahrain. In one of those cool Iranian filmmaker moves, the film was half-shot during the actual match.

Panahi himself has been under house arrest under charges of “assembly and colluding with the intention to commit crimes against the country’s national security and propaganda against the Islamic Republic”. He has been a prisoner since 2010 and is also under a 20-year ban from making films. Again in an amazingly subversive move in 2011, while under house-arrest, he shot a film about his situation, partly on a phone and then had it smuggled out of Iran on a USB thumb drive hidden inside a cake. (Since then Panahi 2018 has won the Cannes film festival Award for Best Screenplay. Since he was able to leave Iran to attend the festival, his daughter, Solmaz Panahi, received the award on his behalf.)

In a case of life imitating art, five women snuck into the stadium this May wearing beards and moustaches. Even this Wednesday, after it was announced that women would be allowed to enter the stadium, Iranian security dudes made up some story about infrastructure and were turning away. But all is well that ends in a good goal or some other truism we have just made up filled with Messi feelings.

Here is a tweet from the Reformist MP Tayyebeh Siavashi at the match. She says that women and men should be allowed to be happy together.