Botanist Janaki Ammal, born in 1897, and co-author of The Chromosome Atlas of Cultivated Plants, was known for her work with the Sugar Breeding Station in Coimbatore and helped create sugarcane hybrids that yielded sweeter sugar. The flower, Magnolia Kobus Janaki Ammal is named after her. Here is the flower. 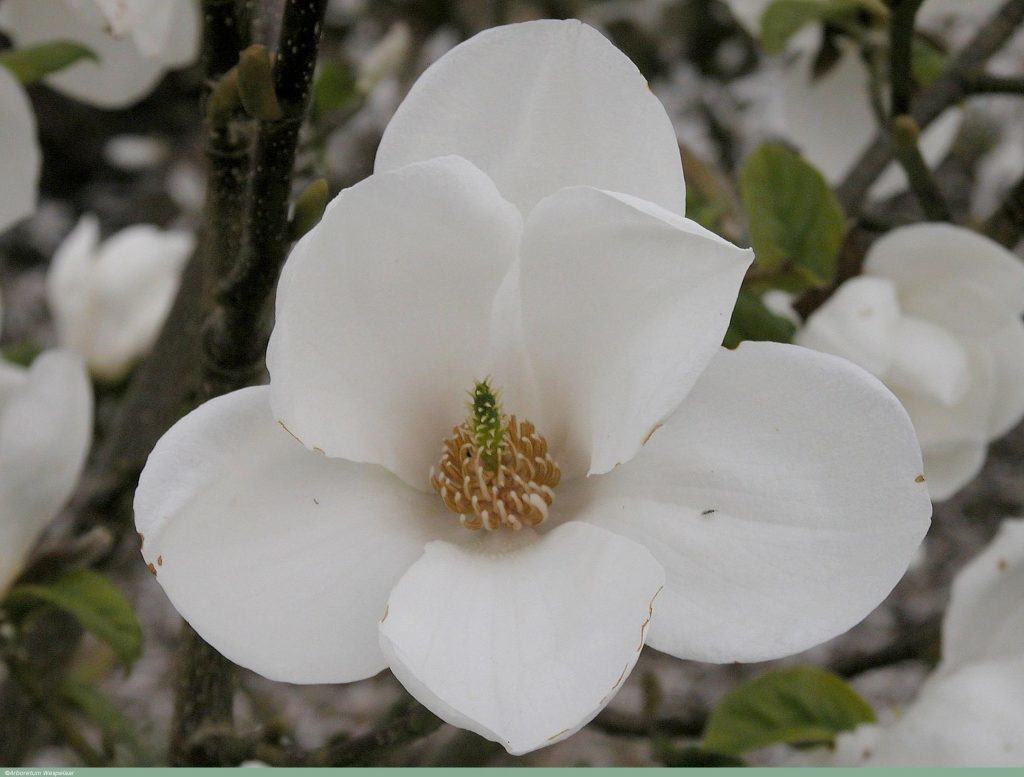 Now, an exhibition by the Botanical Survey of India (BSI) in Kolkata has an entire segment dedicated to Ammal’s life and achievements. It was inaugurated on 1st October 2016, prior to Ammal’s birthday on 4th November.

The exhibition contains posters of her biographical details with photographs of her (even some from her college days), along with those of her mother (who had quite an exciting life herself), and sister. She was deeply concerned with environmental impacts of The Grow More Food Campaign  of the 1940s. It also has photos of her letters to CD Darlington in 1977 about her involvement in the environmental protests against the building of a dam to harness hydro-electricity in Kerala’s Silent Valley across the river Kunthipuzha, and of her letters to Nehru.

Vinita Damodaran writes that amidst primarily ‘white Anglo-Saxon men’ presenting papers at a  1956 symposium, ‘Man’s Role in Changing the Face of the Earth’, in Chicago, there Ammal was, presenting a paper on the subsistence economy of India, and the importance of the indigenous knowledge of tribal communities for sustainable development.

Born into the Thiyya caste which was considered backward, she used her missionary education in school and college to become a Barbour Scholar in the University of Michigan, escaping marriage to a first cousin.  She was likely the first woman to obtain a PhD in botany in the US in 1931, and remains one of the few Asian women to be conferred a DSc (honoris causa) by her alma mater, the University of Michigan.

She worked extensively on genetic crosses, and lived and worked in London and Wisley, reportedly having been forced to leave India because of discrimination based on her caste and gender. She  returned to India, on the request of none other than Jawaharlal Nehru, to restructure the BSI as its Director-General in 1952. She was awarded  the Padma Shri in 1977, and in 2000, the Ministry of Environment and Forestry created the National Award of Taxonomy in her name. The Janaki Ammal Herbarium in Jammu is also a tribute to her.

Ammal has been described by journalist and writer Geeta Doctor (and Ammal’s neice) as ‘commanding’, and like a ‘Buddhist lady monk’. In an article, Geeta Doctor also remembers her as having refused to talk about her personal life, saying, “My work is what will survive.”

Paramjit Singh, Director of BSI, says, “The British have contributed extensively to botany in the country. But since BSI is also doing its bit to promote the International Day of the Girl Child this month, we thought we would raise awareness about Janaki Ammal, certainly one of the most important scientists in the country.”

One Response to “Do you Know the Botanist Janaki Ammal, She of the Magnolia Kobus Janaki Ammal Fame?”