HomeLifeJeansYour Saturday Jeans: What Did Shobhaa Say to Sheel ...
July 7, 2018 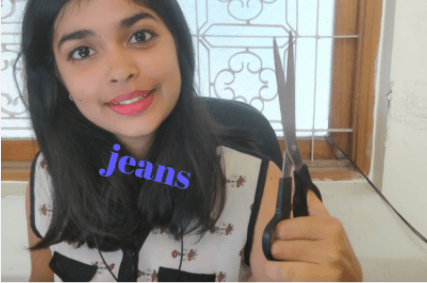 Have you ever felt like hitting friends who earnestly declare that they are in full support of reservation for the economically oppressed, but that caste-based reservation needs to go now? Don’t hit them. Instead, lob this excellent video by Youth Ki Awaaz in their direction. It features Beena Pallical from the National Campaign on Dalit Human Rights breaking down exactly how the caste system insulates those who profit off of it from the social realities of the oppressed, and neatly demonstrates how Dalits and oppressed castes are equal contributors to the economy, but receive disproportionately less of its benefits, how many people practice caste oppression in ways like not letting their domestic workers eat at the same table as the family or using the same utensils, and how only a shocking 5 percent of marriages in India are inter-caste. She does this in a really calm way that also references the song We Built This City by Jefferson Starship, so you can be sure it will convince even the most thick-headed of your no-caste-based-reservation type friends.

We found another piece of glorious activism from the violently oppressed that absolutely blew our minds this week. Pakistani activist Tooba Syed shared this video by Palestinian journalist Moneeb Sada, showing a group of Palestinians, some with faces covered, others not, dancing their traditional, joyous dance dabkeh practically on the Gaza border, under the watchful and threatening eye of Israeli snipers. You can even see the thick black smoke billowing in the background.

Closer to home, here’s someone in grave danger with absolutely no time for dancing right now. Tamil Nadu filmmaker and activist Divya Bharathi, who faced incessant and violent harassment for her last ground-breaking anti-caste documentary Kakkoos, on the plight of manual scavengers, has just had her house illegally raided by 15 cops, who burst in in the middle of the night, looking for information on her new upcoming release, Orutharum Varela. Orutharum Varela deals with the plight of Tamil Nadu’s fisherfolk after government apathy and inaction in the wake of the devastating Hurricane Ockhi, and given how the trailer begins with an oppari or lament on how the government wilfully abandoned affected families and communities, it’s not hard to imagine why the State is trying to intimidate its embattled maker. It’s not hard to imagine the reason why, but it is still painfully heartbreaking and evil.

Author Emma Cline didn’t want to be the voice of her generation, she told people in 2016. Cline (then 27) had just written The Girls, a reimagining of the female followers of serial killer Charles Manson. The book got a bidding war and a movie deal. Rolling Stone called Cline “one of those rare oracles who seems uniquely tapped into the anxieties and ecstasies of their particular generation.” Cline was drawn into a case which involved so many anxieties of her particular American generation. Anxieties like an ex-boyfriend who accused her of plagiarism, some shady spyware, and Harvey Weinstein’s lawyer who once had high liberal credentials until it got out that shaming women about their sexual history was his major legal strategy. This week the plagiarism charges have been finally dismissed. Cline hopefully will move on. One of our favourite defences of Cline came via the incorrigible fashion writer Hadley Freeman. Her column was accompanied by the photo caption:  “Emma Cline … a brilliant writer blocked by a man named Chaz”.

Before we veer rapidly away from women in cults, we must share this photo Shobhaa De tweeted. De said a few months ago that her greatest fear is to “give up and become a harmless old lady.” In which case this encounter at the TIE Retreat in Prague must have been a meeting of the minds. (Also, we looked up TIE. Ma Sheela should fit right in).

What do you think these two women said to each other? Write to us at fingerzine@gmail.com.

Also a flashback. Around when Ma Sheela was being a brute force in building and running Rajneeshpuram, here was Shobhaa De with Zeenat Aman.

Still on the subject of female friendship, have you heard activist and writer Kamla Bhasin reciting her poem Meri Saheli, Meri Hum Safar? Find a girl to whom you can say, “tum mera aasman ho, tum meri dharti ho.” Biriyani is optional.

Meanwhile, Kannada poet Mamta Sagar (oh, did you know she was a close childhood friend of the late journalist Gauri Lankesh?) is currently working on a translation of prolific Turkish author Elif Shafak’s 40 Rules of Love, about a middle-aged American woman, a Turkish man, and their cosmic connection through literature, and in particular, the poetry of the 13th century Sufi poet Jalal ad-Din Rumi.

And before we forget, check out this amazing photo of Odissi dancer Ashwini Raghupathy striking a pose no one could ignore near Bangalore’s Town Hall. We can’t stop looking at it and clearly nor can this school-going child:

This week, The Atlantic ran an essay titled The Self-Defeating Ways Americans Talk About Feminism by Megan Garber. She basically poked fun at all the boring criticism that is coming #MeToo’s way (it’s untidy, it’s unruly, it’s divisive, look, some women are fighting amongst themselves!), and said the public rhetoric around feminism is as self-defeating and repetitive as the rhetoric around it 60 years ago.

Meanwhile, have you heard the self-defeating way Alia Bhatt talks about the pay gap? In a perplexing interview in DNA India, Alia Bhatt has said that she will never undervalue or overvalue herself and then proceeds to undervalue herself very greatly by saying “I’m not delusional that the same number of viewers who go to watch Varun [Dhawan]’s movies will come to see my work. He has a wider reach than me. That’s why I can’t expect that the same amount of money, which is invested in his solo-starrers, is invested in mine, too.” Now we will throw you a two-part challenge. Raazi hain? Name a single Varun Dhawan movie (that didn’t co-star Alia Bhatt) you remember from the last year, and now if you can do that successfully, tell us, do you think that movie did better than any or all of Alia’s? See. Now we don’t know what to feel about people continuously calling Alia Bhatt the next Kareena Kapoor (can’t she just be the current awesome Alia Bhatt?), but we do wish Alia would take a leaf out of 2003 Kareena’s book, when she refused to act in Kal Ho Na Ho and didn’t speak to Karan Johar for six months because he refused to pay her the same amount as SRK at the time? (She did apologise to Karan later and say she was being big-headed but we try to block out that part of the story).

After all this self-defeat, here is a story of a woman (hopefully temporarily) defeated, not by herself but by the evils of bigotry and capitalism. Kerala-based, 23-year-old power lifter Majiziya Bhanu, that many news outlets feel compelled to report is “hijab-clad” has now found herself unable to attend the World Arm Wrestling Championship (yes it is a thing) in Turkey this year as several companies sponsoring her trip have backed out at the last minute. Bhanu says she’s sure that Islamophobia is the reason behind it, and that it’s sad that a prevailing social prejudice against a certain community is resulting in something so unfair as this.

And then we have someone we wish was defeated but strangely, only seems to be burning brighter than ever after being publicly accused of sexual harassment. Author Junot Diaz, who was confronted at an Australian lit fest, and then later online, by the victims of his violent and disgusting sexual harassment and overt misogyny towards young female graduate students over the years, has interviewed feminist social science fiction author (of The Handmaid’s Tale, Alias Grace and many others), Margaret Atwood, for the Boston Review in a piece titled Make Margaret Atwood Fiction Again. It is only making us want to cry Make Junot Diaz History Please, and perhaps, just perhaps, giving us the answer to the question Atwood asked back in January in The Globe and Mail, when she wrote about her opposition to the public naming and shaming of sexual harassers in an actually rather nuanced and reflective piece titled Am I A Bad Feminist?

Come let us try and wash that nasty taste out of our mouths. The latest edition of the cool Australian feminist zine “Eat If You’re Hungry”, which among other things, explores the relationships between food, feminism and self-care, includes this specially created “distasteful” video of women and food, full of deliberately, gorgeously, satisfying unsexy visuals of women with various food items. Like a banana.

For dessert, have you seen the Paris Review’s ongoing series with writer Valerie Stivers called Eat Your Words, where she carries out one of our favourite kinds of projects: cooking food as described in various iconic novels? So far, she’s cooked from the works of Eileen Chang, Pather Panchali, Homer, Dostoyevsky, Angela Carter and lots more.

And finally, some news that left us feeling really quite sad. Our favourite Paromita Vohra’s column in Mumbai Mirror, How To Find Indian Love, is coming to an end, leaving us wondering where we’re going to get our weekly dose of wisdom, warmth, romance and fun now.

💥 Ever wondered where all the cool Mughal women are? Lithub tells us about the erasure of Mughal women, especially the awesome Nur Jahan, from history textbooks and the public imagination. Read.

💥 Did you know that cervical cancer injection are prohibitively expensive and can go up to thousands of rupees for a single dose, rendering them inaccessible to a huge chunk of Indian women? More revelations in S Cousins essay Trial and Error in The Caravan. Read.

💥 Let us be clear, this is a highly ironic recommendation like a hee-hee look how bad it gets kind of recco. Several men on our social media timelines have been triumphantly sharing this piece from the serious academic journal Penthouse, called Toxic Femininity, purportedly about how toxic, violent and murderous femininity and feminism is. Read and laugh and laugh and laugh.

💥 Who created the character Wonder Woman? The classic cartoons are credited to Charles Moulton, but that’s the pseudonym of William Moulton Marston. His unusual life, and relationship with his wife Sadie Elizabeth Holloway and assistant Olive Byrne, apparently influenced the character, and you can hear all about it here.