Chandra* did not have an easy life with her neighbours. After having lived through bad divorces in the past, she and her partner Atul decided not to get married. This, open declaration of her living choices, piqued her neighbours’ curiosity and they began to speak of her in whispers and stares. It was their way of greeting her in the hallway.

Soon enough, she was often asked, “Yeh live-in kya hai? The law does not back you. You better get married.”

On August 20, the Rajasthan Human Rights panel chief Justice Prakash Tatia, made a similar note. He implied that women in live-in relationships are legally vulnerable, and even went on to call live-in relationships, a form of “social terrorism”. Frown as much as we’d like, he addressed a common underlining point of conversation about live-in relationships in India. “If they marry, there is some social security…[but in live-in] there is every chance that after some time, one person leaves and it could ruin the future of the other, normally it’s the lady…there is no registration, no divorce,” he said.

There’s much confusion about what a live-in relationship really is and entails. And yet, social stigma surrounding unmarried relationships clouds the legal stance of women. Stigma spawns lies and myths.

To a lot of people, live-in relationships may seem like a new trend — the periodic reference to “western culture” doesn’t go amiss. But the idea falls hollow, considering the Supreme Court validated a 50-year-long live-in relationship back in 1978. More recently, in 2010, the SC once again declared that there’s nothing illegal about live-in relationships while reserving judgment on Tamil actress Khusbhoo’s petition to quash 22 cases against her for speaking in favour of pre-marital sex.

Despite popular belief, women in live-in relationships do enjoy legal rights akin to married women. So what is their legal position? 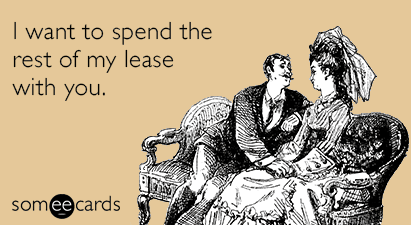 Myth: She doesn’t have the same legal stature as a wife

In March 2015, the SC stated that an unmarried couple living together as husband and wife will enjoy the same legal status as a married couple. So, a woman living with her partner will be recognised with the same stature as a wife in a court of law. It even prescribed guidelines for courts to recognise what constitutes a live-in relationship. According to these guidelines, a domestic relationship between an adult male and an adult female, entered knowingly is the primary signpost for recognising a live-in relationship.

Myth: She is not entitled to maintenance

“No such thing,” explodes Shweta Moray, a leading divorce lawyer in the Mumbai high court. “I recently dealt with a case where a woman in a live-in relationship in Pune got maintenance amount from her partner after separation. But she can avail this only under the Protection of Women from Domestic Violence Act [DVA] 2005.” In 2014, model Rhea Pillai demanded maintenance for her and their daughter from former live-in partner and tennis player, Leander Paes after filing a case for harassment under the DVA. The case has gone all the way to the Supreme Court this year. Women have the DVA to thank because the law helps a woman (who is is living together with her partner), demand maintenance and alimony from said partner on separation.

This is also backed by the D.Velusamy vs. D.Patchaiammal judgement of 2010 that stated although determining the nature of live-in relationships is subject to individual cases, women in such relationships (once determined by the court as being similar to that of husband and wife) are entitled to maintenance money and alimony.

An important thing to note is, while a case under DVA can be filed against a partner in light of physical abuse, it’s not the only necessity to invoke the Act, according to Moray. “If a woman has been a dependent partner in the live-in relationship and is refused shelter or maintenance at the time of separation, she can file a complaint under DVA asking for compensation, maintenance or alternative accommodation,” she says.

Myth: She cannot get custody of her child

Paes and Pillai, mentioned earlier, have been engaged in a custody battle for their daughter, who was conceived during the course of their four-year relationship. Pillai fought Paes’ plea for full custody of their daughter and in January 2017, the SC urged Paes and Pillai to settle the dispute amicably. The Bombay HC had suggested that Pillai be given full custody and Paes secure visitation rights.

Swati Malik, a leading lawyer in Mumbai High Court, who specialises in cases pertaining women’s rights, says, “The law has always favoured the child. There’s no bias against live-in relationships where children are involved. The SC’s recognition of live-in relationships in 2015 ensures that women in such relationships enjoy the same parental custodial rights as women in a marriage.”

There’s the Child Protection Act of 1960 too that ensures children born out of wedlock enjoy the same legal status as children resultant from a marriage.

Myth: She has no property rights

The SC recognised live-in relationships as legal in March 2015, but it made another addition to the ruling right after. In April 2015, it stated that women in an unmarried relationship living with a partner under the same roof would be eligible to inherit property of her partner after his death.

Moray says, “In cases of separation, women are entitled to the property of her partner only in case of joint property purchases. To be fair, this applies similarly to the male partner.”

According to this April ruling, children born out of partners in live-in relationships are also entitled to property of their parents.

Myth: She is not entitled to protection from domestic violence

Malik points out that, additionally, an unmarried woman living with her partner can account for filing criminal proceedings under Section 375 of the Indian Penal Code if raped by him. Since she’s not legally bound by marriage, the exception to the Section that disallows married women from filing a rape case (because marital rape isn’t a criminal offence) does not apply to women in live-in relationships

“A woman in a live-in relationship will have to prove that there was no consent, which is difficult to prove as it is. It’s similar to how it would be in the case of a short-term affair between a man and a woman. Establishing consent is prime. But she does have the option of filing [a case] under Section 375. Additionally, she can also file under DVA for sexual assault,” Malik elaborates.

If we look beyond the thoo-thoos of society regarding live-in relationships, being in one seems to have become easier in India since 2015. The SC’s progressive stance has given unmarried women a legal weapon to fight social trauma and all landlord uncles’ rent refusals and helps assert women’s position in society. Amid prevailing condescension towards women in live-in relationships, it would do well if the likes of Justice Tatia don’t cloud the legal rights of women with their opinion.

Rome was not built in a day and I’m certain Romans had their own set of chee-chees at the ready. But it is only prudent that we arm ourselves with our tablet of progressive legal commandments to bust the confusing myths of live-in and living.

One Response to “Social Terrorism? Busting India’s Myths Around Women in Live-In Relationships”