HomeNewsWant Some Kadak Chai? Only When PayTM Means Pay to ...
November 16, 2016 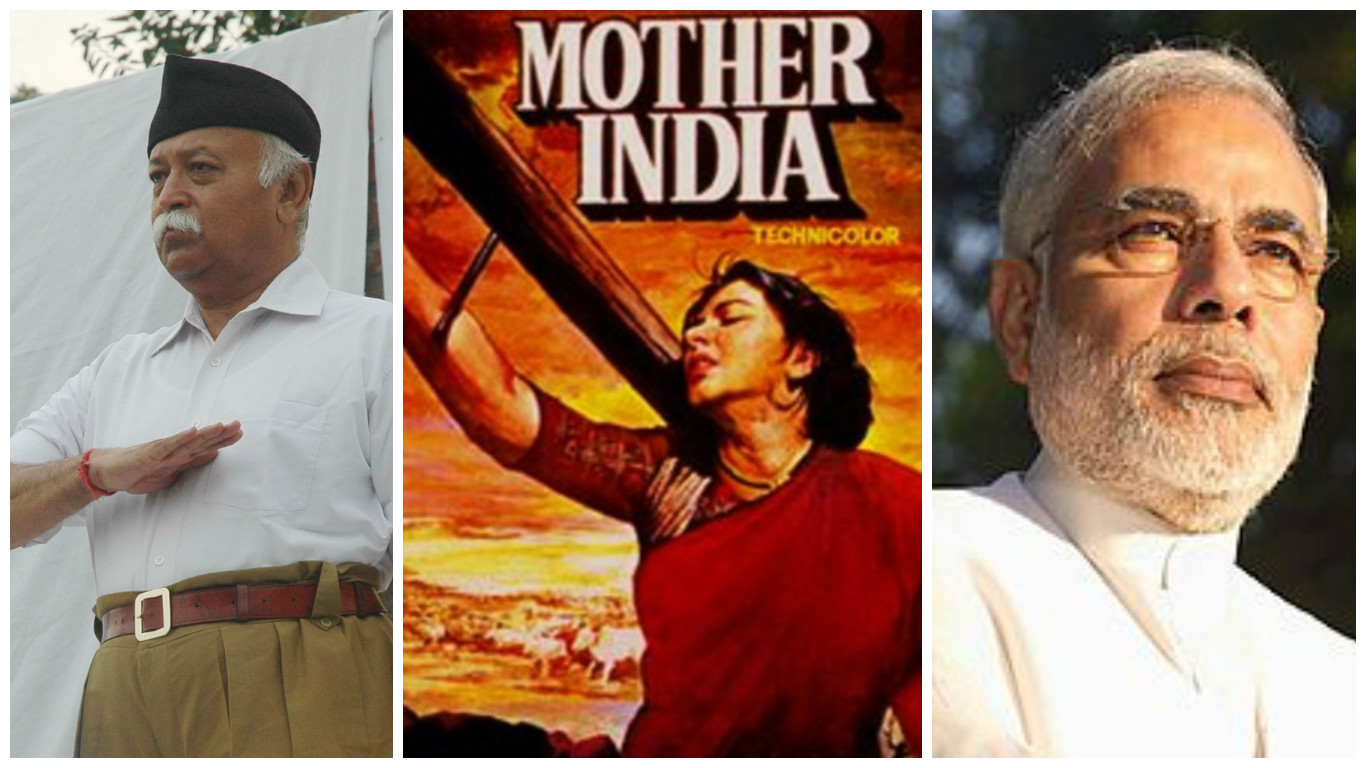 In the last few days, we have seen three things appear over and over again in the news. On 9th November it was Prime Minister Narendra Modi’s demonetisation decision, followed by his emotional speech about his many ‘sacrifices’ for this nation. We heard him say that his demonetisation decision is ‘kadak chai’ for the rich, and then he even called his move a “mahayajna of honesty”. Second, we have RSS Chief Mohan Bhagwat, stating at a women’s conference in Jammu on 14th November, that Indian women must come forward and contribute to the nation-building exercise that he obviously considers himself a great part of. Then there is 95-year-old Heeraben Modi, the prime minister’s mother, who went to Gandhinagar today to exchange her demonetised notes in a bank. They are all connected, because apparently it’s once more time for: Every Woman Must Become Mother India.

Twitter has predictably exploded into two opposing factions since the news of the elder Mrs Modi’s visit to the bank broke. On the one hand, Modi is being called cruel for using his mother to play a sentimental card. Many Twitter users are saying that “mere paas ma hai or ma ke paas passbook hai” move is being done since all else has failed, and reports of how badly demonetisation has affected the working class have finally begun to appear. Others have decided that Heeraben going to a bank to get her money exchanged is her contribution, along with her sons’, to what is considered by the upper middle class as a rigorous, thorough exercise in nation-building, and in what it calls its attempt to reduce black money and terrorism.

Mohan Bhagwat’s speech yesterday in Jammu talks about the new heights that we can take India to with the participation of women — “Matra Shakti”, the strength of motherhood or as various reports have optimistically translated it, the ‘women force’, he says, should, apart from serving their families, “Come forward and take part in the programmes for the welfare of the society.” Then he goes on to say that, “They should start from their homes to create mini-India and work for the society without getting distracted by anybody.” Only Bhagwat knows what he is referring to when he talks about women being “distracted” (he’s previously said that Hindu-women should produce more children, that rapes happen only in urban India because of western influence and not Bharat, and that a marriage is like a “contract” where the husband can leave his wife if she doesn’t look after his house so really only he knows what we are distracted by) , but implicit in all his other wisdom is the idea that women cannot come out to work for themselves. You must always, always, contribute to nation-building, never mind if this nation that Bhagwat talks of isn’t the nation that you want, or it isn’t a nation that gives you something in return.

Bhagwat’s statements are not surprising in the least. They, like Modi’s statements on his sacrifices for Bharat Mata, and what people are calling Heeraben’s sacrifice for India, are just more examples of how we have begun to see India as a nation, and as larger than those who make up the nation. This is particularly true of women. If in Modi’s announcement of demonetisation – and those who are Loving It –  there is no regard for women and men who have no access to bank accounts and ID cards, and who are daily wage earners, or housewives; in Bhagwat’s statements, there is no recognition that women are more than this nation that he wants us to build. And then, along with all of this, Bhagwat is also very blissfully ignorant of all the work that women have already been doing in this country as farmers, construction workers, homemakers, anganwadi workers, garment factory workers, and municipal workers.

There is nothing new in Bhagwat’s reference to women who must build the nation as also having the responsibility of “serving” their families. So when he says that, “It is important to educate womenfolk because a mother is the basic teacher to her children,” we just roll our eyes, because this is simply a reiteration of what we have heard for years. But then Bhagwat goes on to say that, “Women have taught and inculcated a sense of sacrifice among the children and the society in the country.” For years women have been expected to make sacrifices for the people around them — for their families, their husbands, about their bodies, their work — now, with these sacrifices (that were also for nation-building) and along with the work that women must apparently do for the country, we have come back full circle to Every Woman Must Become Tuition Teacher India.

This obvious connection between Heeraben Modi and the manner in which her going to a bank is being talked about in terms of virtuous nation-building, and the way in which Bhagwat talks about “Matra Shakti” and how women must work for the nation and not for themselves (after all who knows what will happen to this country if they do). It is as though the only way that he can see women, is as mothers, as India’s daughters, as everyone other than their own person, in the same way that Heeraben is being talked about in terms of her support for the greater good, and for Mother India.

To rephrase another man who loved to talk about sacrifice, ask not what your mommy can do for you but ask what you can do for Mommy. Let’s talk again when PayTM means Pay to Ma.