HomeLifeHow Do You Negotiate Using Condoms During Sex? Her ...
July 2, 2016 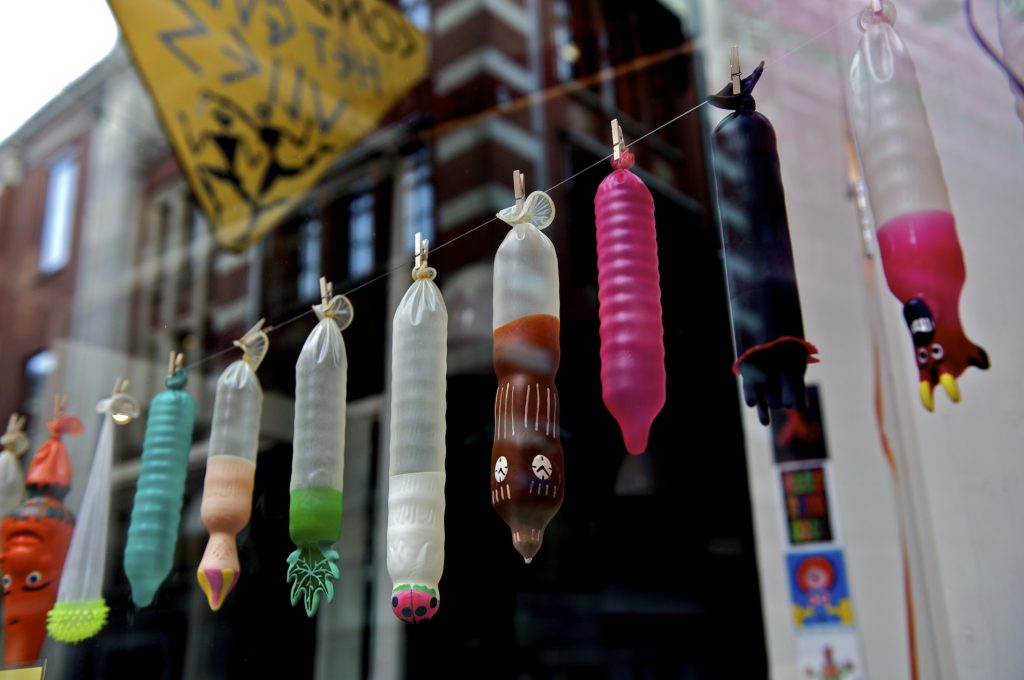 When do you tell someone — someone you’re not even sure you’re going to have sex with — that you’d like to use a condom? Do you say it upfront or assume it’s common sense? What if you run out of condoms? We asked a bunch of (largely young) people how they handle the condom negotiations in their sex lives.

At one end is 22-year-old Pooja, a college student from Bangalore for whom not wearing a condom is not just a deal-breaker, it’s unimagineable. She says, “It is always assumed that a condom has to be worn, in my experience. There’s never been any ‘negotiation’.” Her friend Noor prefers to “err on the side of caution” and talk about it beforehand. Meera, a college student from Chennai does not talk about using a condom much in advance. “While we’re making out and about to have sex, I ask the guy to wear a condom,” she says. Noor has not faced resistance to wearing a condom from partners. “Call it luck, or some sort of unconscious filter maybe,” she says. Men she has had sex with have been the askers of the “Wait, where are the condoms?” question, too. But that’s not always the case.

Kavya, a 32-year-old Mumbai college lecturer, wished she had always been stringent. She once had to buy condoms for a boyfriend in college, “because he was too shy to do so himself.” “I have been careless about asking my partners to use a condom when I was younger. I was on birth-control pills for PMS that made me even more complacent about asking, since pregnancy was not a worry,” she says.

In 23-year-old Catherine’s case, she is in a relationship and they had to have the talk only once. “We had a chat about it initially. My boyfriend was more particular than me about using a condom, which was great.” Bharath, 20, and his girlfriend, don’t discuss it every time they have sex. “We just don’t do it if we don’t have a condom!” he says.

Paromita Vohra, the Creative Director at Agents of Ishq, a multimedia project about sex, love and desire has been researching the nitty-gritty of sex-ed in India for over a year. She says, “Women are not used to talking about sex, especially in practical terms, even if they are having it. They find it hard to negotiate condom use with their partners.”

“I’ve never successfully convinced someone to stop having sex with me and put on a condom when they don’t want to,” says 22-year-old student Aarushi. Kavya said that in her 20s she believed, “Asking my partner would ruin the moment. I’d also worry about him thinking I was questioning our exclusivity. In hindsight, I realise the risk in it as my partner might not have been monogamous, and transparent about that. I don’t find it hard to ask anymore. Memories of UTIs and fungal infections are enough to make me not want to take the risk. Questions about reduced pleasure because of condoms are harder to negotiate. Sometimes, the pursuit of pleasure supersedes more practical considerations.”

The folks over at Agents of Ishq would agree. “People don’t think too much about condoms, especially beyond pregnancy, in terms of health and preventing STIs,” says Vohra, who strongly believes in and recommends condom usage. “Condoms are also healthier to use than putting drugs into your body.”

Some women say they have faced stout resistance when they ask men to wear a condom. Aarushi says, “Lots of times guys say they won’t wear a condom because it’ll hurt them, or because it reduces the sensation, so I should take the pill the next day instead.”

Meera says, “If I ask them to wear a condom, they do, but there’s disappointment, sighs, some even lose their erection. Then it’s too difficult to start all over again.” To these menz, we want to quote Vohra: “Maybe wearing a condom is not fun, but it’s more fun than getting an STI.”

For some people we spoke to, this negotiation can be downright unpleasant. “Often you’re in such a position where you’re made out to be the bad one for suggesting stopping to wear a condom, or you’re made to feel like it will be a bad experience because you’re being fussy. Men usually get defensive when you hint that their continuing despite a condom was without your consent. They say YOU should have insisted or that you have a victim mentality. Men refuse to understand what consent implies and how hard it is to articulate a no,” Aarushi says. Dhanya, too, had a terrible experience when a man wanted to have sex despite not having a condom. “I had to physically push him off me. He later told me he is not ‘that type of a guy and is really decent’.”

“I have a hard time convincing the men I am dating to wear a condom. It seems alright to them not to use a condom since we are ‘committed.’ A steady boyfriend would refuse to wear a condom because it was a measure of our intimacy.” Kavya continued, “When I once insisted that a guy use a condom, he tore the pack and took it out and I assumed he had slipped it on. When he climaxed, to my horror, I realised he had not worn the condom. Needless to say I was pissed off and I shouted at him. He just looked sheepish and pretended he’d  been so swept away by the moment he didn’t know whether he wore it or not.”

So what do women do when men don’t wear a condom? Or when something goes wrong? “Now, my partner and I don’t use a condom with each other and I am not on pills so it often leaves me to worry every month. When we are with other people, we do. Using morning-after pills also messes with my periods so I am more reluctant to pop one. Since I don’t plan to have children, I’ve been considering non-invasive birth control,” says Kavya.

An alarming number of people think pulling out is a method. Catherine says, “If my boyfriend and I don’t use a condom, it’s always pull out plus morning-after pill, though we do understand that the pill shouldn’t be taken, especially with my PCOD. That’s why it’s condoms forever!”  For Bharath and girlfriend, “Taking a pill is a strict no. If we have sex without a condom, I’ll make sure to pull out. We both believe in condoms, though!” he says.

We also wondered if whether it’s harder to talk about condoms with a long term partner or a during a fling. How does one feel about the negotiation? Noor says, “It’s different, in my opinion. I rely on myself more if it’s a one-time thing. I’d probably carry condoms myself rather than rely on the guy to have one.”

Not a bad suggestion all-round.

*Some names have been changed on request.

Photo credit: Peter Rivera, Condoms on display in Amsterdam, via Flickr/ CC BY 2.0