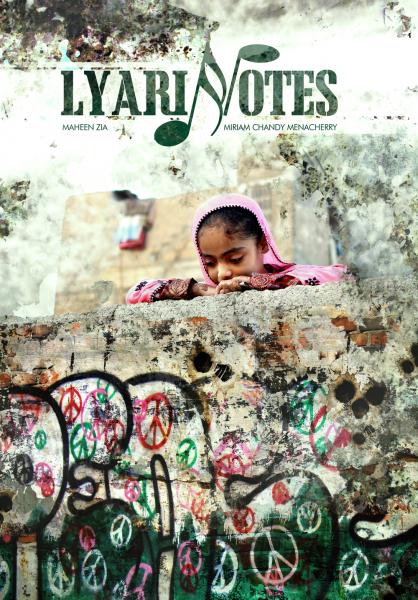 How can picking up a guitar be an act of resistance? What do the arts have to do with resistance? Lyari Notes looks briefly at this question, but looks away too soon. The film is made by a Pakistani-Indian duo – Maheen Zia and Miriam Chandy Menacherry – and saw a slew of screenings in India this year. It loosely follows four girls between 2011 and 2015 as they stick through curfews and political upheaval to attend music lessons at Hamza Jaffri’s music school in Karachi, the school of Music, Art, and Dance (MAD).

The enchanting parts of Lyari Notes are the glimpses we get into the four girls that should have been at the film’s heart: Aqsa, Mehroz, Javeria, and Sherbano, best friends who have taken Jafri’s classes for three years. In all-too-brief snatches, we watch these girls and their fellow students try to navigate daily life in the variety of forms it takes in the Karachi neighbourhood Lyari: we watch them walk through neighbourhoods with gigantic guitar cases strapped to their backs, try to process the 2014 Peshawar school shooting (in which 132 children were killed), and hesitate through scales and exercises on a tinny keyboard. We watch them shout songs with tune-free vehemence and giggle through the Pink Panther theme and just be wicked, mischievous students, like when they seek a five-minute break to “drink water” and instead run off to sneakily watch a nearby dance class. We watch them want, to use Autumn Whitefield-Madrano’s wonderful phrase. 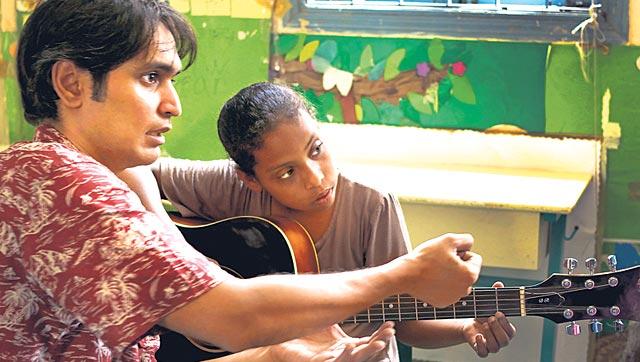 But the four girls are just the khara-pudi sprinkled on top. I got the uneasy feeling that within the film they existed as props to the male teacher, to evoke sympathetic tuts and cries of “aww, how cute” (as when Aqsa talks about wanting to become president).

In one scene in Lyari Notes, a handful of young girls sing, in endearingly varying volumes and pitch, a fragment of Strings’ “Main to Dekhoonga.” Startled, I perked up my ears and hoped for the inclusion of a feminine-gendered pronoun on the next refrain, but it wasn’t to be. Turns out this scene is a bit of a microcosm for the rest of the film. Lyari Notes interweaves footage of Jafri’s academy with underground rock in Pakistan — as it happens, all comprised of men. Representation isn’t all, but it is crucial; but even passing references to Pakistan’s many stellar women musicians are hard to come by in this film. 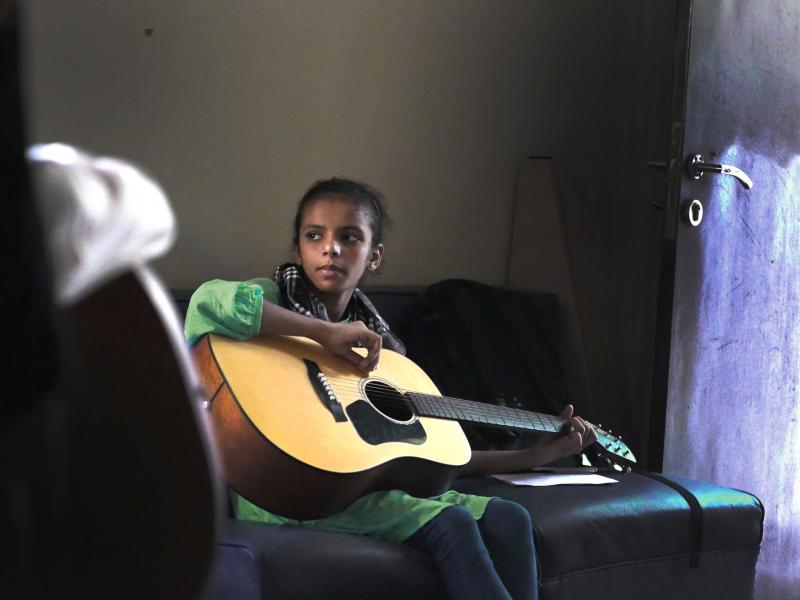 Finally, the film holds up a mirror to our simplistic fantasies about music. Here and elsewhere, there’s a lot of noise about music as self-expression, but this idea of self-expression seems to exist in a void. It’s nice to think that you can throw in an occasional guitar or an uplifting song (in this film/in numerous such music-for-self-expression projects/in the public sphere) and somehow transform a complex situation. But music isn’t a neutral, apolitical creature. As scholars and activists critically studying the music-in-development intersection have been arguing, the power dynamics (gender, class, caste, race) and pedagogical assumptions underlying a programme are pretty crucial to think through. (See, for example, Geoff Baker’s research on Cuba’s much-lauded El Sistema, which critically reassesses the role of a European symphony orchestra model in promoting social development in Venezuela). Ethnomusicologists and music educators encourage educators to think through the dynamics of a music education programme: “Are the students co-creating reflections of their realities?…Who is being heard? How are decisions being made?”

Not to undermine the fact that the production of the film itself — by its Indian and Pakistani filmmakers — is an impressive feat of cross-border collaboration. But apart from occasional references to “upper-crust” Karachi and simplistically painting Lyari as a “conflict-ridden” neighbourhood, the film steadfastly refuses to make eye contact with the class-shaped elephant in the room. It’s not just, of course, that guitars and keyboards cost money. It’s also jarring that there’s a fair bit of “othering” of Lyari, such as when we hear Jafri say that “taking an interest in the arts is very alien to the older generation”. Cringe-worthy staples of the form — such as more than one close-up of tears trickling down interviewees’ faces — abound, and all of it is crammed into a suspiciously feel-good story arc. Privileged folk discover Lyari as some kind of setting for their saviour fantasies. This is a narrative that might do well with the audiences for whom it is perhaps intended; for others, it’s all a bit too evocative of We Are The World.

Neha Margosa lives and works (and has strong feelings about music) in Bangalore.