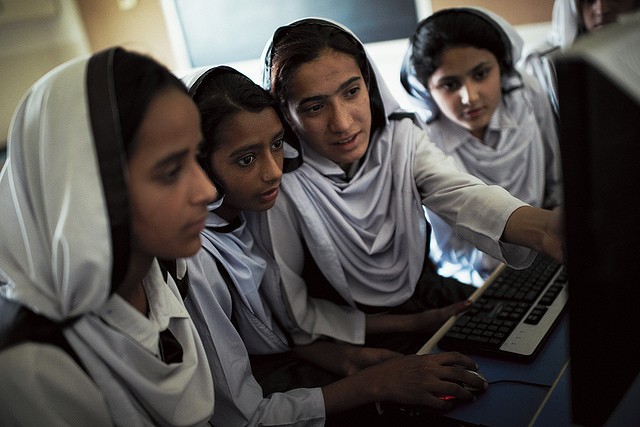 On 25 Feb, Pakistan’s Punjab Assembly passed the Protection of Women Against Violence Bill. The law has been hailed as a landmark legislation by activists. To understand more about the bill we reached out to Nighat Dad, lawyer and founder of the Lahore-based not-for-profit organisation Digital Rights Foundation, which works closely with women facing online harassment. Dad has led campaigns to protect online freedom of speech, contest online surveillance. She has also contributed in the draft of Acid Prevention Law 2010 and the Domestic Violence Bill of Pakistan. This is what she had to say about the new law.

Why is the passing of the Protection of Women against Violence Bill 2015 important?

The importance lies in that it is a critical first step that addresses and accepts that women are the victims of violence, whether in the home or out of it. Pakistani society has for the most part been silent about violence against women, so legislation that addresses this reality, and offers penalties for those that commit violence is a beginning. Pakistan does not have any federal laws that address domestic violence – this has become a mandate of provinces who are responsible for making and implementing laws. This provincial autonomy does not bar the federal government from coming up with comprehensive legislation, however, which we hope can be addressed.

Tell us a little about the work that took to pass this bill?

The bill has for several years been the subject of numerous debates and discussions by women’s rights activists and organisations, for example the Aurat Foundation and Shirkat Gah, and I took part in the consultation process regarding the 2012 bill, as a lawyer. There’ve been numerous barriers and hurdles that had to be overcome before the bill could be finalised. The implementation of the 18th amendment saw provinces being given mandates on several issues, this bill being one of them. Women’s rights organisations in Punjab have been pushing for this bill post 18th amendment [a 2010 law that aimed to massively decentralise political power]. Sindh already has a domestic violence bill on the books, but it has not been implemented as yet.

What are the immediate implications of this bill being passed?
The news that everything will be operating under the auspices of the district women protection committees is a very good sign. Setting up those committees and implementing the bill, however, will take time. Further to this, there are problems with the definitions as they currently stand, with the language in use coming across as ambiguous. Once the cases will start to be heard in the courts, however, the courts will interpret the definitions per each case. It needs to be pointed out that Pakistan is not suffering a dearth of laws – the main problem is implementation of what is already on the books. Most importantly, it is not just about changing laws, but also about changing patriarchal mindsets. Here, for instance, is a video of an Islamic scholar arguing with a female member of the Punjab Assembly, attacking her and calling her ‘jahil’ [barbaric] for supporting the bill.

How do you see this affecting your own work? Given that the bill mentions cybercrime.
The Bill mentions cybercrime, but it does not elaborate on how that is being defined. It can work in tandem with our work, but the Act needs to further address what is cybercrime, as this is a very broad bracket, that includes cyberbullying, stalking online, the dissemination of stolen personal documents (including photos) and blackmail, hacking etc, and what mechanisms, if any, are in place to tackle cybercrime.

In addition to problems with reporting cyber-crimes that come under this Bill, the question then becomes what is the body that people report to? The Bill fails to clearly lay out which authority body takes charge of investigations – do the police take charge, or will it be the Federal Investigation Agency? This needs to be made clear.

One provision that has serious implications deals with GPS trackers, either anklet or wrist-bracelet [The new law states that courts can order some defendants to be monitored with GPS trackers if acts of serious violence has been committed or is assumed likely to be committed.]

There are no provisions that indicate who will be overseeing the monitoring of perpetrators wearing the GPS trackers. Does Pakistan even have the capacity or mechanism in place to handle this manner of surveillance. More importantly, can the police track down someone wearing a GPS tracker in time to prevent them from attacking their victim once more? Furthermore, wearing a GPS tracker may cause someone wearing it to be even more violent, on account of the social ridicule and ostracisation: what happens then to the victim of violence that reported on the abuser in the first place? Rather than feeling safer, is she in greater danger? Will the police be providing her with support apart from a GPS tracker, some time in jail and a fine for her attacker or stalker?