HomeCultureWhy PC Needs Our Boot Camp More than the One in Qu ...
September 18, 2015

So here is ABC trying to do a pro-diversity type TV show. Never mind that the brown person with the white name (Priyanka Chopra as Alex Parrish) is the terror suspect in the big scary terror attack after all. To this end, someone’s coached Priyanka Chopra to say in the pre-show publicity that she was ek dum hard-core about not being typecast, not wanting to be part of a big fat brown wedding type movie, because that would be a bad thing. That she didn’t want to be exotic. It must be Alzheimer’s that makes us think that the girl launched her musical career with a beach video called Exotic. But when we shed the skins we despise, why worry about shedding our last career gambit.

PC has a reputation as a focused, hard-working actor. A performer eager to learn, eager to explore big, cool projects. PC is ripe to be cool. PC is, in fact, ripe to be the kind of outspoken, ass-kicking character Alex Parrish is supposed to be in that paint-by-numbers trailer of Quantico. She could own the self-made success she is. When was the last time an Indian-born actor was the protagonist of an American network show? Never is the word we are looking for.

PC is ripe to be amazing. Instead she is, like so many of us, just dying to be liked. So she says things like this in this Refinery29 interview (the writer of which gamely contained her irritation with that loaded headline) when asked if Quantico is a feminist show. “I don’t think it’s feminist, but it’s empowerment,” she says. “It’s got very strong female characters, and I don’t think it’s a bra-burning feminist show where you’re like, we hate men, but we have really strong male characters, too.” Or “it gives females an opportunity to be equal with the boys, and I think that’s really progressive.”

Here’s our offer. We already a one-step programme for politicians who are about to say something explaining rape. It’s a simple programme. When you feel the urge to say something, close your mouth. Repeat about ten times a day and you will get the hang of it.

We’d like to now start a new franchise for Bollywood celebrities. You may have seen our introductory offer for Anurag Kashyap. Soon after he’s supposed to have moved to Paris and engaged in self-harm activities but we can take no responsibility for the furthering of his Flaubertian sentimental education. 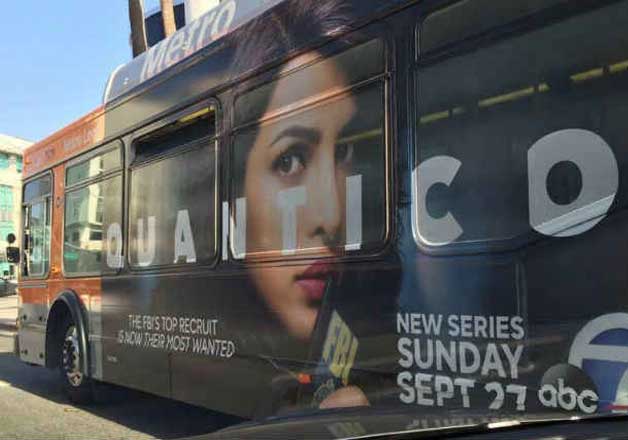 Side Note: For the love of god, leave those bras alone. Nice ones run upward of Rs 500 a pop and no one is burning them, not you, not me, not for feminism, not even for fuel in an apocalyptic time when LPG prices give us haath. No one ever burnt a bra. And even if they did, tere ko kya? Oh it’s a metaphor? Sure, it is. It’s a metaphor for Things I’d Never Do In Case It Makes Men Nervous. You are a cool type person, Priyanka Chopra. Make a few men nervous. Make a couple of people dislike you. Do it as a 30-day plan. Do a little everyday.