HomeLifeA Song to All Aunties Concerned About Our Ovaries ...
January 17, 2017 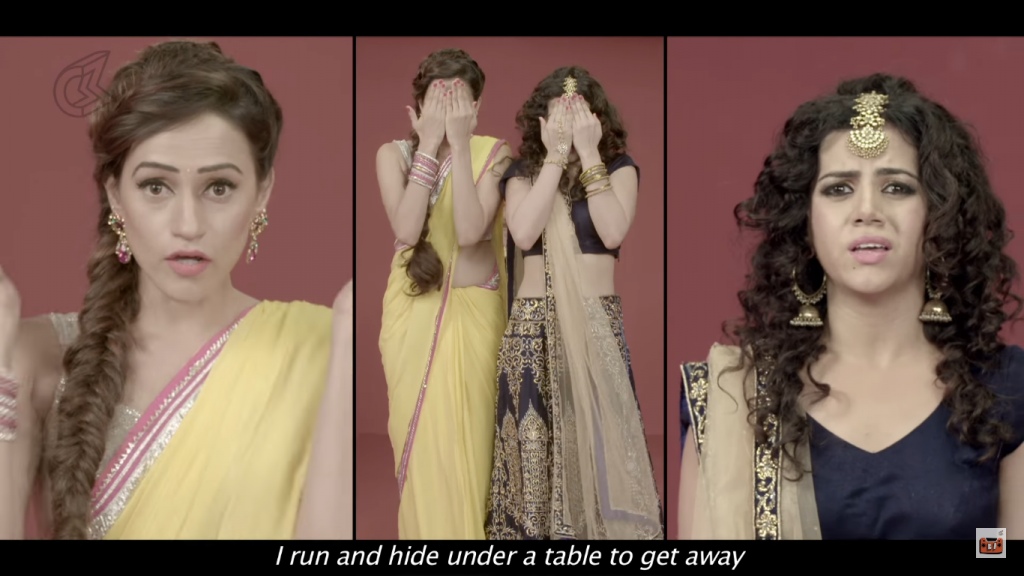 If you’re a young Indian woman, you know the question all too well. That question. You know it’s going to be asked even before aunty-ji opens her mouth. You know as soon as the neighbour comes over with laddoos.

So does Rashmi Mal, who wrote the lyrics of this hilarious parody of Adele’s Rolling in the Deep — “Beta Get Married”. The words might come of use to you the next time you have to explain to any aunty-ji when you’ll be tying the knot.

The song is performed by Rashmi Mal and Vasuda Sharma, when they appear to be preparing for a cousin’s wedding. Another cousin off the list means just added pressure from the aunties and uncles and neighbours, and everyone who is worried that god may be mad or your eggs will go bad. So next time aunty-ji sings,  “Beta, get marrieeeed, I have a son called Jeeeeet,” you’ll know what to say!

So don’t worry if all the cousins are getting married off and you’re the last one left standing, just arm yourself with some of these lyrics.