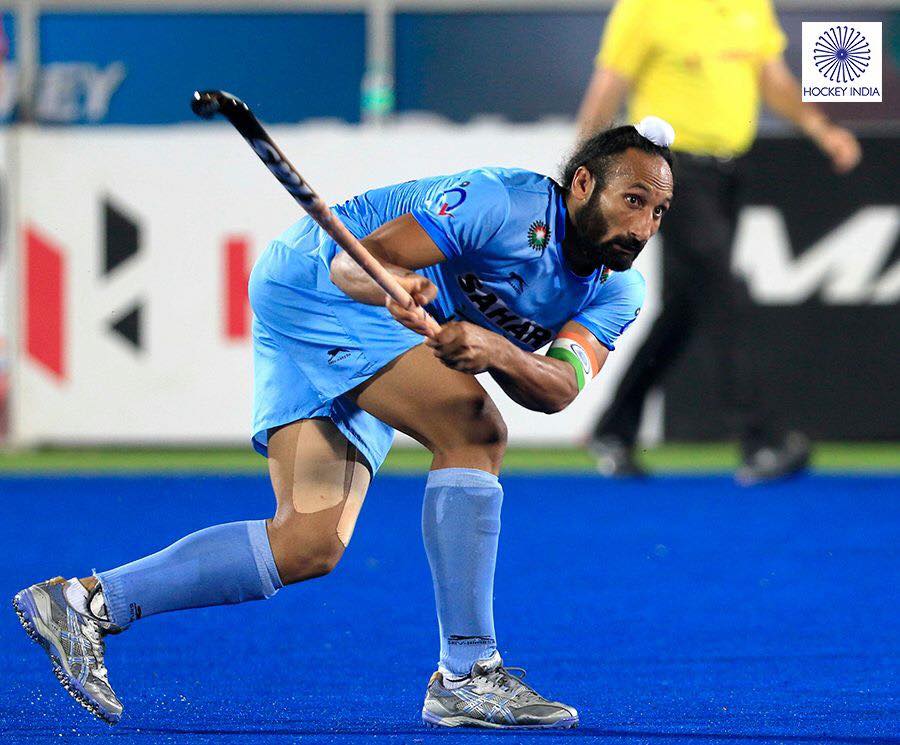 This week, the Delhi Commission for Women (DCW) recommended the registration of an FIR for rape and domestic abuse against Sardar Singh — captain of India’s national men’s hockey team, recipient of the Padma Shri and well-connected Deputy Superintendent with the Haryana Police. The allegations by Singh’s partner — a British-Asian hockey player — were first made public in February this year, but it’s taken an inordinate amount of time for any action to be taken. Although she gave a written complaint to the Punjab police on 31 January, 2016, no FIR has been filed. Nearly five months later on 15 June, after she was accompanied to a Delhi police station by the DCW chair Swati Maliwal, another complaint was registered.

The complainant said she met Singh in 2012 during the London Olympics, at which she was a torchbearer.”We have been in a four-year relationship which was known to all in India and abroad. I met him during the London Olympics and he finally proposed to me during the 2014 World Cup in Hague. He then invited me to his native village where Sardar and his family formally initiated the engagement,” she has said. “He hit me, pinched me, pulled my hair, scratched my face, punched and slapped me on my face, kicked me, strangled me with a scarf. All that started after our formal engagement when I questioned who were the girls sending him the images and texts. For a moment I thought I was dying,” she told an interviewer.

She alleged that Singh forced her to abort their child against her wishes in 2015 and later refused to marry her, and accused him of sexual harassment, rape and criminal intimidation.

Since the domestic abuse allegations were made public, the complainant has said that despite providing the police with evidence, they did not register an FIR. She also claimed that the police were deliberately delaying the investigation in order to help Singh out. Singh, for his part, refuted the allegations made against him, saying, “I know her but it’s wrong to say that I assaulted her.” Singh has denied that they were even engaged. But Singh has tweeted several photos from his official account of himself with the complainant, and in January this year, he posted a picture of them hugging and smiling widely on Twitter with the caption “Happy new year to all around the world frm Mr & Mrs Singh 2 b.” Singh makes the tenuous claim that the complainant took his social media passwords from his friends and that she was the one who posted all those photos, not him.

Singh’s teammates have said that they knew this relationship was abusive, citing an incident in 2015 during an international tournament in Belgium, in which Belgian police were involved. “We didn’t see what happened between Sardar and the girl, since it happened inside the room. But the next day, when we all came to the restaurant for breakfast, she was there too, and her face was battered and bruised,” they said.

The DCW has served notice to Hockey India over its failure to take action against Singh, despite being aware of the relationship, and even facilitating her travel and accommodation to accompany Singh to matches. Hockey India has conveniently distanced itself from the issue by calling it a private affair.

Swati Maliwal, the chief of the DCW said,”The woman has given us a complaint and alleged that she was physically assaulted by Singh and that there was an attempt to push her from the top floor of a five-star hotel in Delhi and that she was raped by Singh therein. We have recommended the registration of an FIR against Singh to the SHO Chanakyapuri police station (in Delhi).” She added, “Also, the law clearly states that if a woman says that she has been raped, police has to file an FIR. But the Punjab Police did not do so despite the woman approaching them and even upon revelation of a recognisable offence.We demand that an FIR be registered against Punjab Police under section 166A of IPC for failing to register an FIR.”

The police may not be the only ones treating Singh with kid gloves. The media has largely been kind to Singh so far, highlighting his professional successes in the last few months without mentioning the serious allegations against him. In one interview in April on “how he overcame” the rape allegations, Singh was asked how he “managed not to let those issues” affect his game, since he led his team in the Hockey India League to victory. Singh said in the interview that the rape allegations “disturbed” him mentally — that comment made it to the headline, privileging his feelings about the alleged rape over those of his victim.

Singh won’t be the first successful Indian sportsman to be treated so kindly for allegedly abusing his partner: remember the domestic abuse case against Leander Paes? No? Exactly.