We were recently reminded about the scores of short films out there and decided bring you another of our special starter kits – a selection (certainly not exhaustive) of shorts made by Indian women. These films present quick looks at everything from mythology to pottery to pickpocketing to fish – encompassing the surreal abstract kind, the informative documentary and the quirky animation. Dive in!

When Santana Issar made this film, she was 22. The film combines an extreme vulnerability with Issar’s innovations with form. Issar spliced strained phone conversations between family members about her father’s alcoholism with bits of home videos that her parents shot as a young couple. It’s not easy to forget the shot of Issar’s five-year-old frock-wearing self roaming about a ship’s deck, following her father’s voice over the PA system.

This five-minute film gets its name from the opening lines of a song it alludes to from the hit 2009 film Delhi-6, which go, “Yeh Dilli hai, mere yaar…” But while the original song’s lyrics continue with “Bas ishq, mohabbat pyaar…” Subramanian’s docu is a montage of voices and faces of women from across the city talking about the violence and harassment that women face on the streets in their everyday interactions with the city. From a young basketball player talking about going to practice in the early morning when the city looks pretty, but the only people around are men, to a migrant from Dehradun talking about the hazards of sleeping on the pavement, the film is a tiny reminder of what life can be like for half of Delhi’s population. 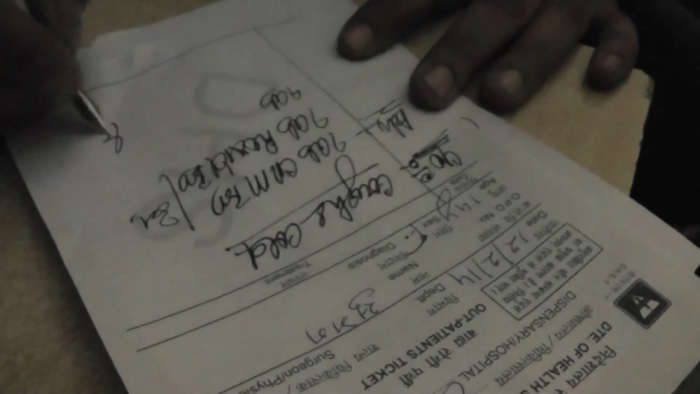 This film asks tricky questions about eviction, urban planning and resettlement and shows you what life is like in Savda-Ghevra, one of Delhi’s newest resettlement colonies. It gives you a close-up look at incidents that take place during an afternoon at a free dispensary within the colony, and a confrontation between the patroising doctor and the colony’s residents.

A sound recordist with a massive microphone goes looking for reports about an animal, which is meant to have become extinct, resurfacing in Bhimashankar Forest Reserve. When technology begins to give up on her, she has to rely on intuition and conversations with the people at Kondwal village.

Aditi’s short animation captures a claustrophobic nightmare in charcoal. The fishing community along Mumbai’s coast is being buried under posh housing, high-rises and upcoming malls. You see this from the perspective of a fisherman who is trying to, but can’t day-dream about his old home near the sea, because of the eviction notices, the construction and the honking. It’s a decade old but still more than relevant.

This story on Mumbai’s vast contradictions is told like you’ve never heard it told before: by  Annapoorna, the goddess of food cheekily played by Vohra, and Lakshmi, the goddess of wealth played by Renuka Shahane. Interviews with Mumbaikars are wittily juxtaposed to complicate the idea that Mumbai is an open, welcoming city to outsiders. From upper-class defenders of all-vegetarian enclaves to Koli woman raising slogans against migrants from UP, threatening to chop them up like fish, the film explores the intersection of identity, culture and food practices have shaped the city’s landscape. 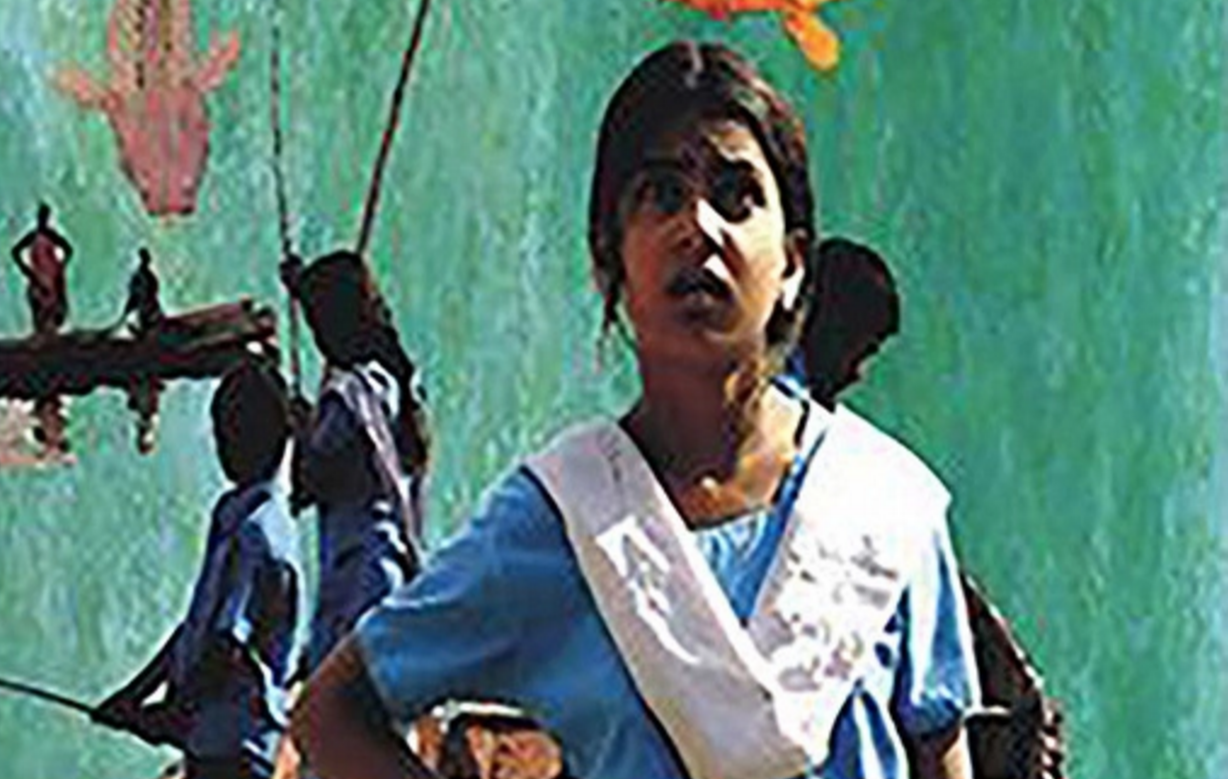 This film records an old woman from Bhilpura, in Hoshangabad, Madhya Pradesh, as she sits on the banks of the Narmada telling three kids about the legend of a magical happiness-spreading fish. One of the children begins to believe in the fish’s existence and her obsession coincides with a contractor’s visit to her fishing village. He promises big things, but she senses that things are about to go awry. The film reflects quietly on the place of myth and stories in the midst of a fast-changing rural economy.

A stunning animation short, hand-painted frame by frame, that tells the story of a lonely old woman and her cat and their adventures with a collection of matchbox labels. The film won 3 awards at Critics’ Week at Cannes and has been found irresistible by grown-up audiences around the world. Because animation is not just for children or men who like to watch things being blown up.

“I am the kind of fish who lives in sludge, the slimy undergrowth below this pond. I am madly in love with a fisherwoman, who visits the pond.” Gayatri says this film was inspired by the Chekhov short story ‘Fishlove’, but because the film is a silent one, there isn’t really a fish spouting poetry in it – the film intersperses beautiful images with abstract verse to tell you the story of a frustrated fish that bit a poet and what happens after.

This surreal experimental film is slow-moving, but that’s because its characters are too. It follows two men from the Forest Department in their attempts to set up sensors and other equipment in the wilderness. In another part, a woman eats a mango that makes her dream about her old life near a forest in the Western Ghats. 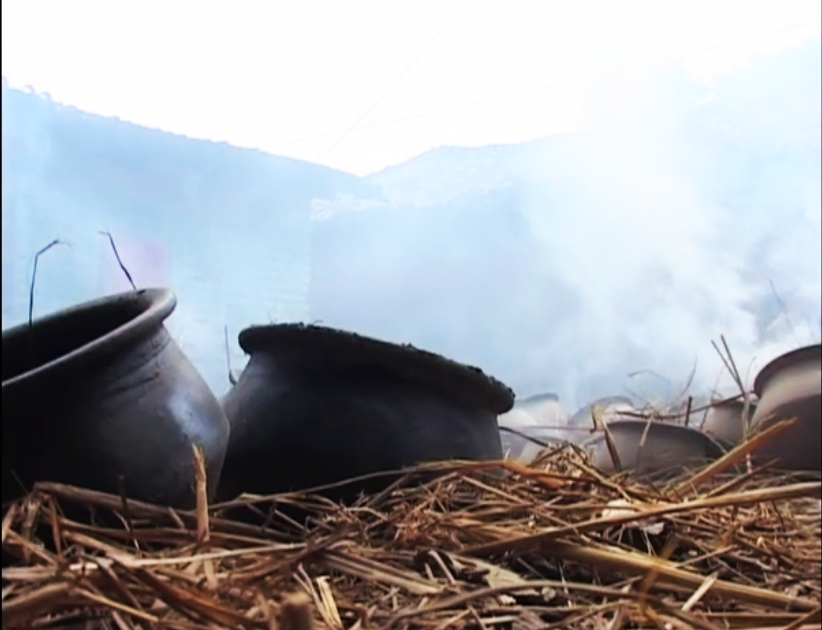 The premise of this film might remind you of Boyhood, because it follows a child, Tuka, who grows up over five years. But this film has very different stories to tell. Tuka’s mother introduces him to Loknath Rana, a ceramist from Orissa, who holds forth in a good way, on myth and legend, telling you how the world was made in a sort of spin-off on the Dasavatara legend.

What does it mean to be a Parsi? This documentary, produced by PSBT, asks this question to various members of the Parsi community – young, old, ordinary, well-known – to arrive at a sense of the community’s identity and their relationship with the city they call home, Bombay. This film finds its way across the cityscape and places of Zoroastrian worship into people’s homes to examine the community’s quirks and their anxieties, and paint a portrait of one India’s small communities attempting to hold on to its customs and traditions even amidst changing times.

A nine-minute short with the chronicles of acid-attack survivors, looking back on what happened to them and how it changed their lives but also what they think about desire, beauty and loss. Rather than use too many talking heads or dwell on sensational facts, it uses letters, photographs, and voice-overs of the women reciting their memories as it follows them through a city that stays unnamed.

Naamkaran (The Naming) is a short film about two sisters; a pickpocket and tuition teacher. The nearly 18-minute film opens with a scene in which one sister comes to visit the other, to play with her baby, the tension between them bristling as they say mean things to each other as only siblings can. We see the two women either at home or travelling through Kolkata, their lives overlapping briefly to show us that they’re more alike than either of them realises.

The film, which is Sensharma’s directorial debut, was shown at the Kala Ghoda Film Festival in Mumbai last year.

GOEF JOSEF (aka GO F YO SELF) is a delightfully OTT music video by (then) 21-year-old Zui Kumar-Reddy, filled with pop culture references to a  demolition-inclined Miley Cyrus and the specific madness of the strange costumed characters outside Kids Kemp, Bangalore. Holding together this orgasm-caper are the crazy lyrics that begin with “I want the cunniling that lingers” and later hilariously exhorts you to both “comb your hair” and “bow to my tits.”

Mona Chaddha, a young widow who lives in Patiala with her son, runs a small cyber café for a living and drives around on a motor bike. Mona worries about showing herself to a man who she has spoken to in a chat room, and comes to Patiala to meet her. Because Mona has a secret.

Lipika’s film, set in Orissa, is a reflection on the life of the teacher who taught her Hindustani classical music. He used to travel for 60 kilometres every weekend, from Balasore to Baripada, to teach his students. When she received the news of his death, she really wanted to make a film about her memories of him. Alhough she had not much to go on apart from an old, battered audio cassette with his singing, she used anecdotes from his family and tracking shots from the train journey (which she took several times) to try and visualize what his travels were like.

Did you just think of another irresistible short film by an Indian woman that’s not on this list? Write to us at fingerzine <at> gmail <dot> com.

One Response to “Short Films by Indian Women: A Starter Kit”