Every weekday in the Connected Hum Tum Blog we will be posting and talking about the latest goings-on of the six women cantering around Mumbai recording their lives with video cameras.

I’ve been excited about Connected for months now, ever since I heard about it from the director Paromita Vohra (Full disclosure: She’s a close friend. I’ve always enjoyed her films, even the short ones like Cosmopolis, and I’m keeping my fingers crossed for this show to do well).

I haven’t watched Hindi television in a while so this evening I had a quick catch-up from 7 pm onwards on Zee TV. A ‘disruptive’ ad had the show’s anchor, the actor Abhay Deol, appearing in all the evening shows plugging away at his ‘cockroach se darti hai’-type statements about women. I must admit, the promos hadn’t made sense to me until tonight. For a show that was setting out to capture the ‘truth’ about women the promos were rather retro, I thought. But then the show started and the strategy became clear.

All the Zee evening shows have female protagonists. The curtain raiser for Connected Hum Tum begins with all of these characters deciding that Abhay Deol has been shooting his mouth off about women and needs to be taught a lesson. So we have a group of women, from the middle-aged Savita Tai of Pavitra Rishta to Zoya of Qubool Hai, turning up at Abhay’s ‘house’ (slightly hideous set). They tie him to a chair, gag him, lecture him about his stupidity and lack of curiosity and finally taunt him to get ‘a Ph.D in women’ by watching Connected. A show in which six Mumbai women record their own lives with little flip video cameras. 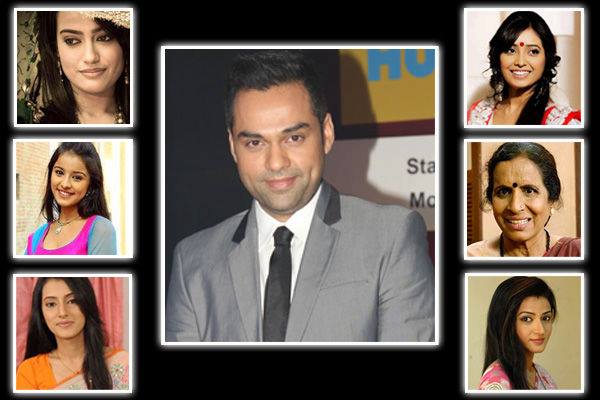 From the very brief video portraits we saw tonight it’s difficult to say which of the Connected women I liked best. Dentist (and belly dance instructor) Preeti Kochar has a certain kind of knowingness and wit that she brings to everything: from talking about bikini waxes to the mata ki chowki at her house. The wise-cracking bisexual Sonal. Bollywood struggler Mahima. Grandmother, twice-divorced and general babe Madhavi (theme song? Main Hoon Atom Bomb). And Pallavi taking a second stab at marriage. 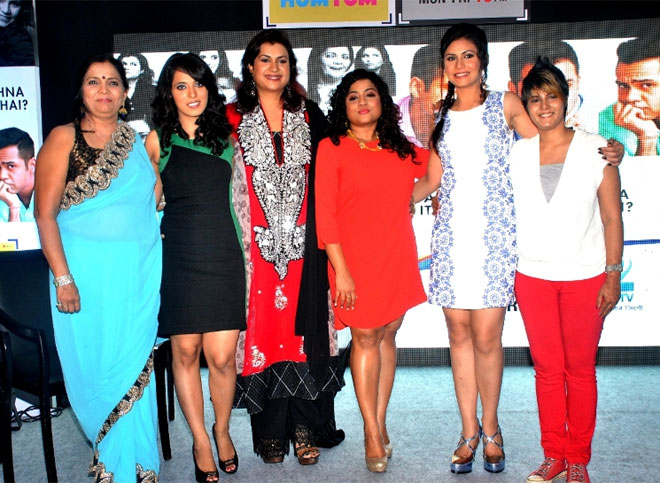 I think the show tried hard with this curtain-raiser: Using Abhay as a stooge to walk people away from their perhaps good-natured but largely unchallenged opinions about modern women. It even uses Abhay’s supposed skepticism about women recording their own lives, unscripted, to show some bad footage the women shot early on.

What did feel like a strain were the nature of the segues. The vigilante women (from the other shows) introduce Abhay to one of the women on Connected by showing a, let’s say, relatively cheerful set of shots about a character. Abhay responds in an aw shucks, “She has it all good. What could possibly be wrong with this woman’s life?” sort-of-way. Then the vigilantes scold him for his lack of insight and show him a second set of shots about the same woman’s life and demand that he rethinks his assumptions. While the footage doesn’t frame the women as victims or heroines, the scripts of the segues were trying very hard to make us see the women that way — in simple contradictions. She is independent but lonely. She decided to get divorced, says she is happy but she is sad. She is a cheerful lesbian but society oppresses her.

Now that the curtain-raiser is over, what the show will give us (I am guessing and hoping) is a chance to experience women’s lives at close quarters, through new textures and shapes. Not through such simple contradictions. Even the little of the video diaries we saw today had a magic, rainy-day quality to it. As if you are a little blue, a little happy and the mixture makes you feel alive.

1. One of the two straight men watching the show with me is voting for the lesbian. He is also keeping his fingers crossed so that Zee does not add some voting element to this show.

2. We have a general consensus that we would love to watch a show called Savita Tai vs. Abhay Deol all week long.