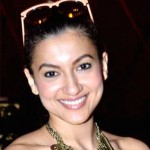 A lunatic assaulted actor and model Gauahar Khan while she was shooting for a TV show. He ridiculously claimed it was because she was wearing a short dress, and female actors’ outfit choices were somehow inspiring crime among youth. Gauahar resumed her shoot after an hour’s break, and went on to give this super statement.

Why are the sexual rights of women with disabilities repeatedly disregarded? And a new report from Human Rights Watch details how Indian institutions stigmatise and ill-treat women with psychosocial or intellectual disabilities. 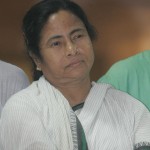 So Mamata Banerjee decided to use some colourful language involving bamboo sticks and rear ends. Here’s why the shock at her language is classist and sexist.

Saw the video of the two girls taking on alleged harassers in a bus as fellow passengers merely watched? A look at the larger picture behind the ‘Rohtak girls’.

Did Irish footballer Stephanie Roche score the greatest football goal of the year? (Will she get FIFA’s Puskas Award for it?) 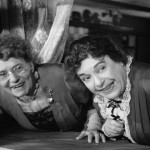 An introduction to various species of fictional spinsters.

Here’s a cool interview with Ana Lily Amirpour, the maker of the Iranian feminist-western-vampire movie A Girl Walks Home Alone At Night.

Do you love Tilda Swinton? Amy Schumer sure does.