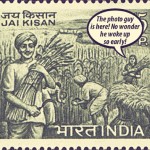 textbooks, why are all the farmers men, while only the women do housework? A new study has highlighted gender bias in language, content and illustrations in textbooks of classes VI-VII used in Indian government as well as private schools.

Women in a Kochi factory were forcibly strip-searched by their female supervisors after a used sanitary napkin was found in the women’s bathroom. Kiss of Love campaigners responded with a campaign to fight menstrual taboos, mailing sanitary napkins to the factory where women were strip-searched.

In Badaun, where two minor girls were gang-raped and murdered, two policemen have now been suspended for raping a 14-year-old girl.

Huda Sha’arawi. Google her, says Africa is a Country. Go on, do it!

Last week was the birth anniversary of Savitribai Phule, 19th-century anti-caste social reformer and advocate for women’s rights. Here’s why you should know more about her.

Ever wondered at the ridiculousness of the stock photos used to depict violence against women? Here’s what those photos tell us.

Twenty questions for Vinod Mehta (and any other powerful person in a workplace). 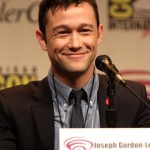 And finally. Cricket-themed chat-up lines to help you ‘bowl any maiden over’.

One Response to “The Finger Wrap: Textbooks, Tackling Taboos and Twenty Questions”