The third edition of the Times Bengaluru Litfest, presented by ACT Fibernet, is going to be held this month at Jayamahal Palace in the city, and over 80 writers and thinkers will be talking about literature, writing, history, culture, feminism, demonetization and yes, Rajinikanth, over four days. The 2 day-fest, themed “Aham, I am”, will be preceded by a prelude event, two master classes and two literary dinners before kicking off for real on the 11th of February. Jayapriya Vasudevan, founder partner of the Jacaranda Literary Agency, is the director of the festival. 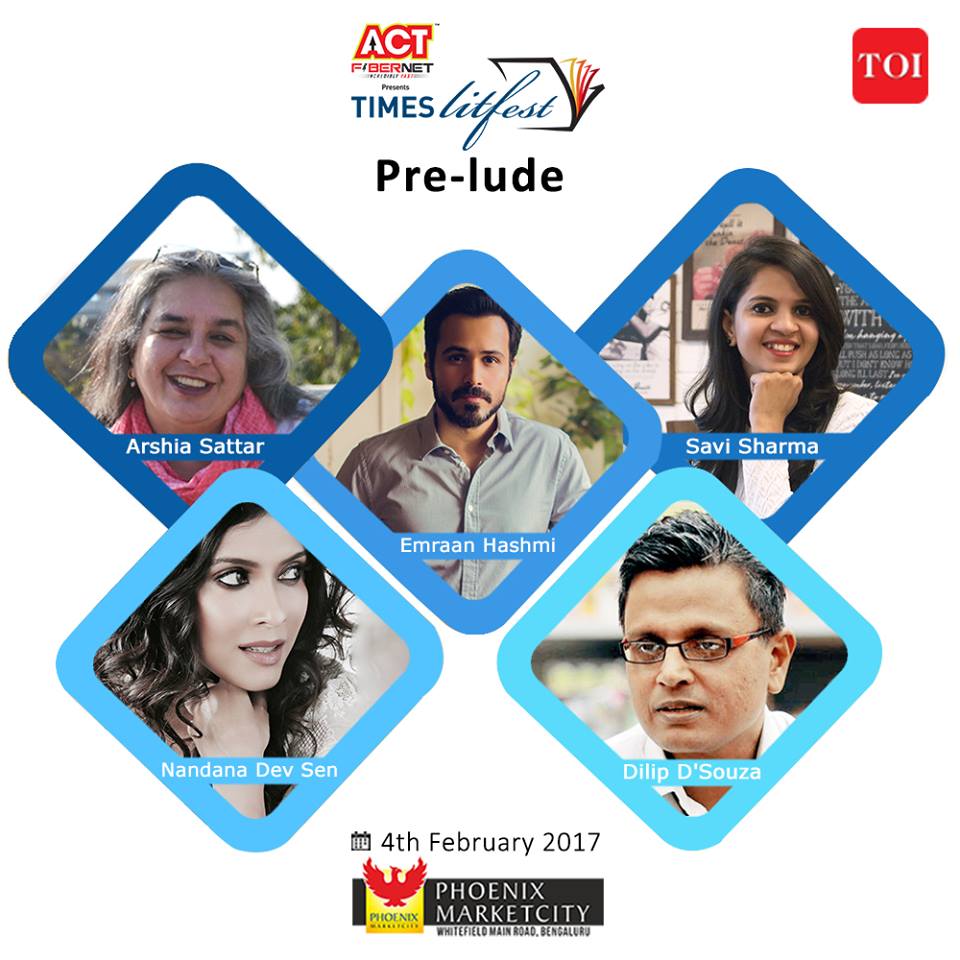 The kickoff prelude event comes up on 4th February at Phoenix MarketCity Courtyard in Whitefield. Arshia Sattar will discuss her exciting new book Ramayana For Children, followed by Dilip D’Souza’s session for children called Fun With Figures. Author and actor Nandana Dev Sen will do an interactive reading of her bilingual children’s book Not Yet!, and games, animal masks and much ‘tail swishing’ is promised.

This kickoff event will also feature a reading-performance of Sense and Sensibility to mark 200 years of Jane Austen’s death, as well as a musical set by the Vasu Dixit Collective. Actor Emraan Hashmi is going to appear too: he recently wrote an autobiographical book, titled Kiss of Life, about the struggles he faced after his son was diagnosed with cancer (Ayaan’s fine now), and will be speaking about it at the event. 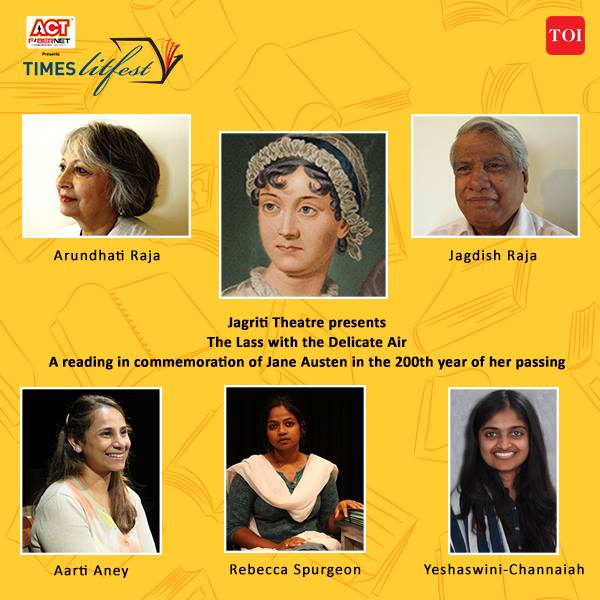 On the heels of the kickoff event come two Masterclasses and two Literary Dinners on 10th February.

The main festival starts in earnest on the 11th and 12th of February, and politician Jairam Ramesh will deliver the keynote address on “Discovering Earth and the Environment”. There’s an impressive garland of speakers during the two days, including Anita Nair, Chitra Banerjee Divakaruni, Paromita Vohra, Sharanya Manivannan (whose book The High Priestess Never Marries was on our list of Favourite Books by Women Authors in 2016), Anuja Chauhan, Prasad Bidapa, Wendell Rodricks, Samhita Arni, Ryan Lobo, Janice Pariat, Sudha Murty, and Nandini Sundar, who published The Burning Forest: India’s War in Bastar in 2016. Oh, and Aishwaryaa R Dhanush and Rishi Kapoor will talk about their respective new memoirs.

Korean author Suchen Christine Lim, whose book Fistful of Colours has been described as “a fist to the gut with its relentless portrayal of female struggles for power in a patriarchal society” is going to be there”. Trisha Das and brother Vir Das will talk about her new book, Ms Draupadi Kuru. Carnatic vocalist TM Krishna will present a lecture.

There are also going to be a bunch of folks talking about Bangalore’s start-up culture: Upasana Taku (Mobikwik), Byju Raveendran (Byju’s), Sharad Sharma (iSpirt), Pranay Chulet (Quikr) and Hari Menon (BigBasket) will all be in attendance.

It all looks pretty exciting so do try and make it. And if you can’t, we’ve got your back: we’ll be covering the event and giving you plenty of juicy details. Watch this space.