HomeCultureWe Come to Neither Praise Barkha Dutt Nor Bury Her ...
May 3, 2015 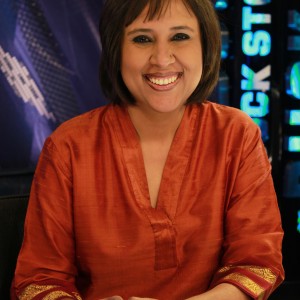 Oh, Barkha Dutt. Like her or hate her, we just cannot ignore her.

A video of a discussion between Barkha Dutt, Leslee Udwin and CBS anchor Norah O’Donnell at the Women in the World summit in New York, began trending on social media earlier this week. The video has triggered a series of laudatory responses to Barkha’s impassioned critique of the generalisations being made about India. From Shobhaa De to Sonam Kapoor, Barkha has been praised for “changing the narrative” about gender, and providing “an eloquent defence” of India. 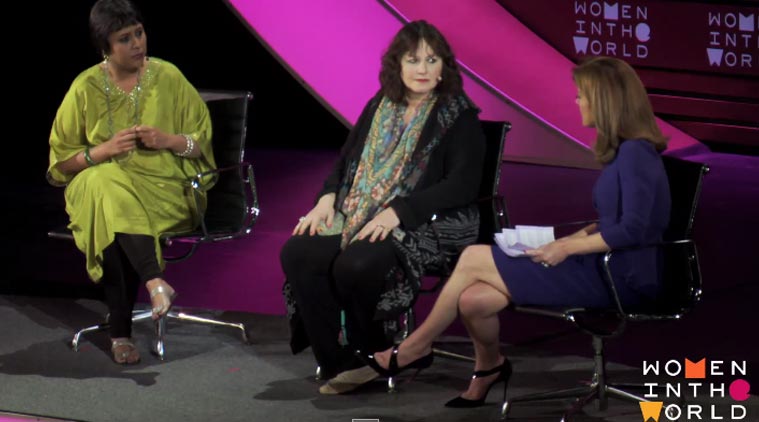 Twitter folks were quick to point out the hypocrisy of those praising Barkha, many of whom were simultaneously accusing the more conservative critics of ‘India’s Daughter’ of being Sanghis and Bhakts – the charge that the documentary stereotyped India was the same from both ends. But Barkha’s oversimplified statements are in fact, deeply disappointing. Whether a feminist can be a patriot and whether a patriot can be a journalist are questions we should be asking in light of this video, because a powerful journalistic voice has reduced the extremely complicated gender scenarios in India to a series of convenient nationalistic sound bites.

For instance, saying “Statistically, incidents of sexual violence are higher in the United States and the United Kingdom than in India,” which subsequently gathers an enthusiastic round of applause, sounds like India is winning what can only be a very grim competition. Following it up with, “…these are not conversations we have in India. We had a woman leading us as Prime Minister about four decades ago,” is as good as suggesting that since England has had several queens, the debate about patriarchy in the British Isles ended centuries ago. Dynastic heirs are not proof of empowerment, dear Barkha.

Do we? Are our maids and cooks and cleaners assured paid leave and benefits when they get pregnant? How can you make invisible the millions of working-class Indian women employed informally and in informal sectors, where there is no job security or even a fixed monthly income, let alone benefits like paid leave, health insurance and child care? Paid maternity leave in this country is the luxury of a relatively small and very socially privileged group of women. As you must know, women in lower socioeconomic households have few options once they choose motherhood.

And finally the jaw-dropping clincher: “We don’t have a debate about abortion or reproductive rights for women.”

This is astounding. What about the giant elephant in the room called ‘sex-selective abortion’? What about the complicated paradox that in India, a feminist is often forced to be both pro-choice and anti-abortion? Like the fact that even as women claim rights to our own bodies, in India our first piece of advice to any woman of our acquaintance who is choosing to abort a female foetus would be to remind her how wrong it was?

But Barkha does have the answer to all of this herself, even if it might not be in the way she imagines: “Gender is more complex than we think.”

Yes, it is, and thank you for also implying it might be more complicated than even YOU think, Barkha. Because as touching as it is to see a White feminist and People of Colour holding hands, disagreeing with each other but calling each other friends, Indian feminism today needs to navigate very tricky territory. We need to critique and interrogate Western feminists who want to speak for India, narrate our stories, and “amplify our voices” as Udwin says, to the world. But we also need to be critical of the militarised patriarchal nation-state that defends the policing of women’s bodies and that sanctifies her femininity and chastity. Most of all, Indian feminists need to introspect on our own casteist, classist, oppressor feminism, and how it has fractured solidarity in India. When a rape in Delhi can bring out thousands protesting the need for women’s safety, but rapes in Badaun, Bhagana, Kunan-Poshpora, Rohtak, and Khairlanji evoke nothing more than a few minutes of primetime news (or worse, no news), we have to look at our own feminist selves as part of the problem, part of the Brahminical patriarchy.

Perhaps it is not just your fault, Barkha. Perhaps the problem is encapsulated in several things your co-speaker voiced. The deeply problematic gender perspective embedded in several of Leslee Udwin’s arguments may take a whole different article to dissect, but let me focus on the one statement she does make, that encapsulates her feminist politics: “The disease is gender inequality, and everything else is a symptom of that disease.”

You see, White feminists have for a very long time argued for gender as the primary frame around which society is organised and analysed. But women of colour, especially Black feminists, have in the past few decades provided a strong counter-narrative that argues for intersectionality, and the need to see human beings related to each other through a complex social network that includes race, class and caste.

Yes, caste, which is often a word sorely missing in debates by Indian feminists about the identities of those who suffer the brunt of oppression in Indian society. To analyse how violence operates in the Indian social order, Indian feminists need to locate women’s identities honestly, so that in incidents like Bhagana, where rape was an instrument of not just patriarchy, but caste dominance, we fight in order that there is no silence around how caste hegemony operates on a daily basis and thus enables sexual violence. Yet the (justifiable, but) selective outpouring of despair over December 16, begs one to ask the question – why this vast gulf between the upper-caste feminist and others in the Indian feminist discourse? And with all our gestures of solidarity with White feminists, I have to wonder – why is it that we see so few Indian feminists in solidarity with Black or Hispanic or even our very own north-eastern sisters? Why is Indian feminism dominated by privileged upper-caste women (such as myself too), who are articulating our solidarity with Jyoti with so much ease, but not with the girls of Bhagana? Why are discussions of caste and race and class patriarchies impossible with our feminists?

Perhaps all of us upper-caste feminists can start by not wholly buying into the White feminist’s politics of the female body and the purported “war against women”. As the news will tell you, there are wars against Black bodies and Dalit bodies, Adivasi and Aboriginal bodies, working-class and transgendered bodies, as well as female bodies. Race, caste, class, gender… there is rarely a single primary frame to analyse how oppression operates in these circumstances. All these frames intersect and interact in complex ways in a country like India, and constant dialogue about our differences can be the only way we strengthen the fight against patriarchy. As Audre Lorde once warned, viewing oppression only in terms of sex, while ignoring differences of race (and by that logic, caste and class) is the most serious threat to the mobilisation of women.

So for the media and mediapersons like Barkha, to imagine sexual violence as purely a problem of gender, is to erase all the crucial differences between women in India, and more importantly, to erase all the crucial battles already being fought by women across India. And as much as she has a point about the mainstreaming of gender, fighting against gendered oppression will not have any genuine value unless we also see a mainstreaming of caste and race and class alongside it.

Only then can her moment of hope not just be created in India, but also sustained. Only then can more Indian voices, of a more diverse feminism, be celebrated.

Pallavi Rao is an on-again off-again writer and academic. She occasionally blogs at uglywords.wordpress.com and tweets at @pallavi_rao.

23 Responses to “We Come to Neither Praise Barkha Dutt Nor Bury Her. If Only Life Was So Simple”