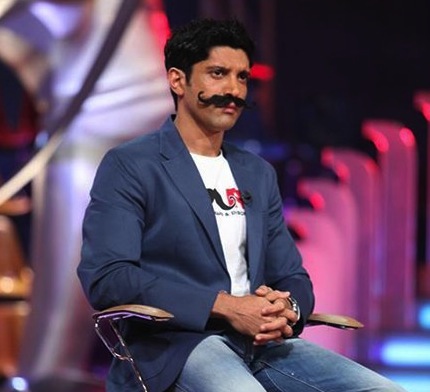 On Thursday, kickass feminist Doordarshan TV show Main Kuch Bhi Kar Sakti Hoon announced excitedly that Farhan Akhtar is going to play a part in it. Not to mince words – the mind boggles at such a happenstance. Because Akhtar was present at the launch of Season Two to get his soundbyte in, and unless he’s going to be a villain in it, we don’t see how his voice at the launch fits in.

Set in a small town Pratapur, ‘Main Kuch Bhi Kar Sakti Hoon’ revolves around the inspiring journey of Dr. Sneha. She represents the young Indian woman of today, who thrives on challenges. Emotionally torn between family and society, between professional aspirations and personal commitment, her struggles and triumphs form the core of this memorable soap opera. It will make you laugh, it will make you cry, but it will also make you think. ‘Main Kuch Bhi kar Sakti Hoon’ throws light on the ability of a woman to break free of the shackles of the society and prove her mettle.

This would seem to be a feminist show, about women, right? But Akhtar seems to disagree. Before we present his launch speech to you, we need to introduce you to the successor of ‘mansplaining’ and ‘manspreading’: ‘mantriloquizing’. Akhtar explains the TV series to us as follows:

So now the show has been misrepresented by this masculine ventriloquist in order to…get men to watch it? Coopt women’s issues? We cannot presume to say, and we won’t mantriloquize Akhtar in revenge.

Moving on: Akhtar’s MARD campaign has been telling men not to rape women since 2013 – yes, “telling”. MARD has so many holes in its intent, logic, and work that it should come with a trigger warning: ‘May cause trypophobia’. So consider yourself warned.

Here are two of them:

For gawd’s sake, can someone please tell him how to endorse products without misusing his feminist image? He’s never gonna be no John Stuart Mill if he goes on like this. For instance:

His recent paternalistic ad for online shopping app AskMe propagates the stereotype that women can only destress through retail therapy, under the guise of empowering female domestic help.

Fun fact: it has led to a rather random FIR being filed against him.

And for Coca Cola, he deploys MARD’s message of ‘education for girls’ in the most twisted way possible: When Deepika Padukone’s character misses her ride to college, where she has to write an exam, Akhtar’s character comes to her rescue takes her to college himself. So far so good, garden variety damsel-in-distress narrative.

But it seems Akhtar ads have no Mard-off button. Because Padukone’s character will be forced into marriage if she defaults on her exam, and Akhtar’s character prevents that eventuality by saying: “Hum aapko kabhi matar nahi cheelne denge.” Breaking news: Stop making women feel like they can’t resist a forced marriage without Farhan Akhtar.

And the one for McDowell’s features a confident, capable woman character, who challenges men to bets and wins, only to have Akhtar arrive on the scene and put her in her place by cheating to win a bet against her. And when she gets upset that he cheated, of course, he tells her to “chill”.

This stuff so directly contradicts his feminist image from MARD and from being the UN Women’s Goodwill Ambassador for South Asia, that if we were to play his psychoanalyst character in the AskMe ad, we’d say his id hates MARD and has decided to undermine him every step of the way.

But why ever would his id hate MARD? That brings us to…

Yes, we think MARD is well-intentioned. But we all know what the road to hell is paved with, and it’s not bubble gum. And do not even get us started on the name ‘MARD’ (too late). Deciding that Men will only stand Against Rape and Discrimination if their masculinity is appealed to, is just plain patronizing. It thinks men aren’t capable of one dram (MARD spelt backwards, of course) of incentive-free empathy. And if you think ‘macho’ is too strong a word, kindly note that MARD’s official website is called TheRealMard.org. 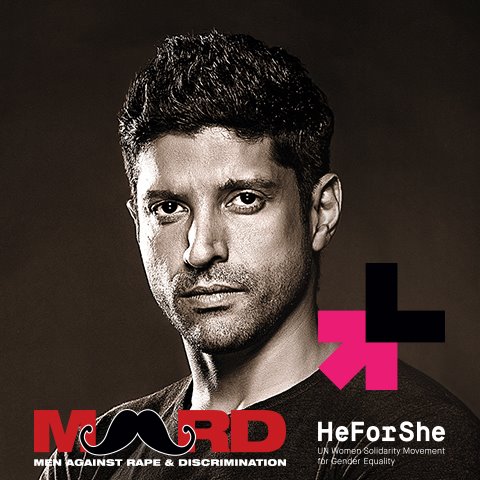 Second, Akhtar thinks that ‘gender equality’ will stop rape. He thinks rapists rape because they feel superior to women, and that if he ‘tells’ young boys and men that they’re equal to women, it’ll stop by the next generation. No, Farhan Akhtar! Rapists rape because they don’t think women are people like them at all! They think women are things. You should be telling the crowds at your MARD awareness concerts that women are people. Not ‘equal’. ‘Equal’ is too abstract, just like most of the language of your campaign. So say something more concrete. At your concerts you shouldn’t be pointing and saying, “There is no difference between you boys! And you girls!” You should be saying, “There IS a difference between this mic! And you girls!”

Speaking of Akhtar’s concerts, we regret to have to tell you about Chulein Aasman, Akhtar’s empowering song that sends an empowering message to women. He’s got a band of celebrities to endorse that message, so we see Neha Dhupia, Shruti Hassan, Ranveer Singh, Priyanka Chopra, Anushka Sharma and the like telling us to: 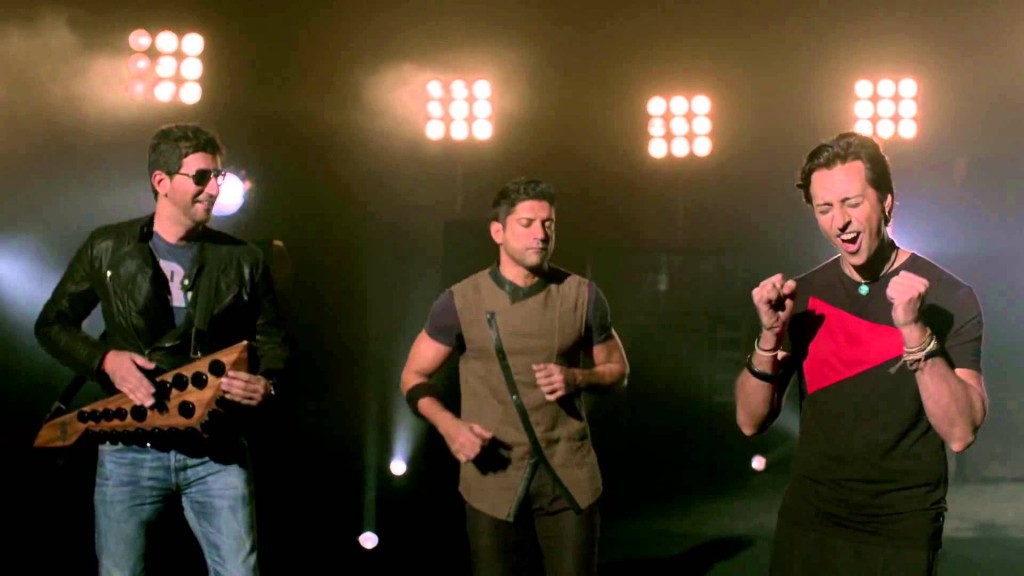 Akhtar does it too. And there’s no point holding it all in, so…

Hey MARD! BRIDGE WHAT GAP? (Oops, left the caps lock on.) Enable what? Empower what? Transform what? Could you be any vaguer in your feminist message? It’s almost like you’re subconsciously ashamed of yourselves…oh, we covered that ground already.

Another MARD ad: we get the most obvious statistics in the world thrown at us, and then we’re told to take a bunch of pledges with MARD, one of which is “‪I volunteer to become the Catalyst for Change”. (Let’s chant in unison: vague, vaguer, vaguest.) What we want to know is, what are these pledgers doing after they take the pledge? Eh? Eh?

Another: A poem written by Farhan Akhtar that tells us how a real ‘mard’ behaves towards women. Needless to say, it has words like tehzeeb, tameez, sammaan and aadar. If these things were shown to me 24×7 by men who wouldn’t know natural, organic respect for a woman if it bonked them on the nose, I’d probably be stark raving mad by the end of a month. The only phrase we approve of is when he says ‘aurat insaan hai’. Okay, MARD. You got that one block right. Now put another block on top of it. Like so.

16 Responses to “We Want to Make Jokes About How Real Men Don’t Farhan. Instead, We’ll Just Grumble About His Weird Pro-Ladies Moves”