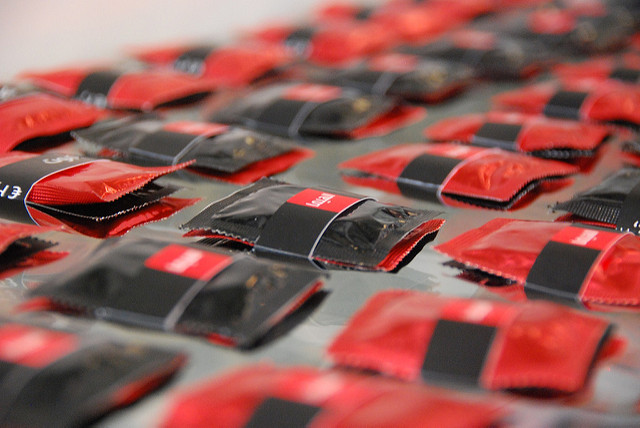 It’s strange, in our heteropatriarchy-challenging times, that BJP MLA Gyandev Ahuja’s statement was immediately seen as an insult to the good character of the girls of JNU. As far as I know, he never suggested that the 3000 condoms he finds daily on the campus have been used only for heterosexual sex. That’s our inference.

But I digress. What does one do with this statement? Mostly, what has already been done: question its accuracy. Make fun of it. Question the morals of the people endorsing it. Reflect upon its consequences for the female students of JNU.

The simple point is that the absence of a condom does not mean that sex hasn’t happened. It just means that it happened without a condom. And if the students of a campus, any campus, are able to forestall the risks of unprotected sex, isn’t that something to be celebrated? Or should all our energies go towards defending insults to women’s honour? What is the appropriate response to being told that your campus is knee-deep in latex? Defensiveness? “Our girls aren’t like that?” Or simply saying, “So what? It’s better than none.”

A very respected and accomplished journalist asked about the fate of the girls of JNU, when they go back to their homes and villages: whether they will face ridicule and contempt. It’s a question that indicates sympathy and sensitivity. But there’s another question that he could ask instead: what are you going to do, when your daughter watches the news and asks you what a condom is? Are you going to tell her she’s a good girl who doesn’t need to know? Or are you going to give her some information that might help her, someday, to expand the horizon of her own autonomy.

I don’t ask this to be difficult, disruptive or obtuse. It’s in the answer to this question that the direction of our politics lies.

Image credit: Condoms by Paul Keller via Flickr/CC by 2.0

One Response to “What do YOU call 3000 used condoms on JNU campus?”