Before we begin, a quick grammar lesson is due. Google for ‘passive voice’ and the very first hit defines it like this:

Passive voice is used when the focus is on the action. It is not important or not known, however, who or what is performing the action.

“Sometimes a statement in passive is more polite than active voice, as the following example shows:
Example: A mistake was made. In this case, I focus on the fact that a mistake was made, but I do not blame anyone (e.g. You have made a mistake.).”

Now that you are equipped with the power of grammar, here is a snapshot of Google results for the recent assaults in Gurgaon and Manipal: 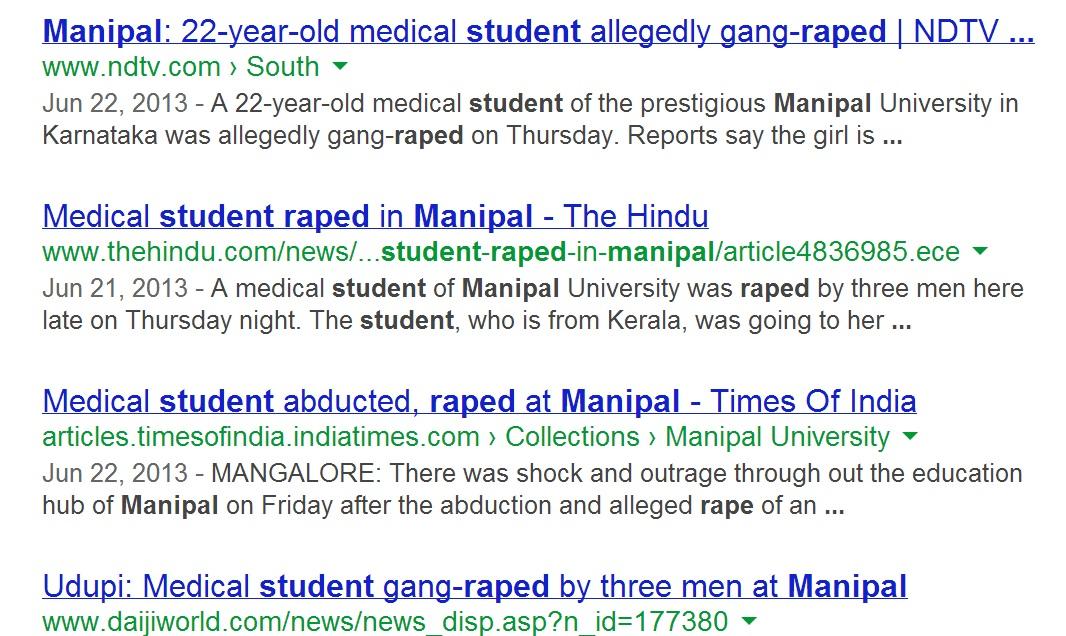 Let’s not even start with the ‘allegedly’ business! Anyway, here is another general snapshot of recent articles: 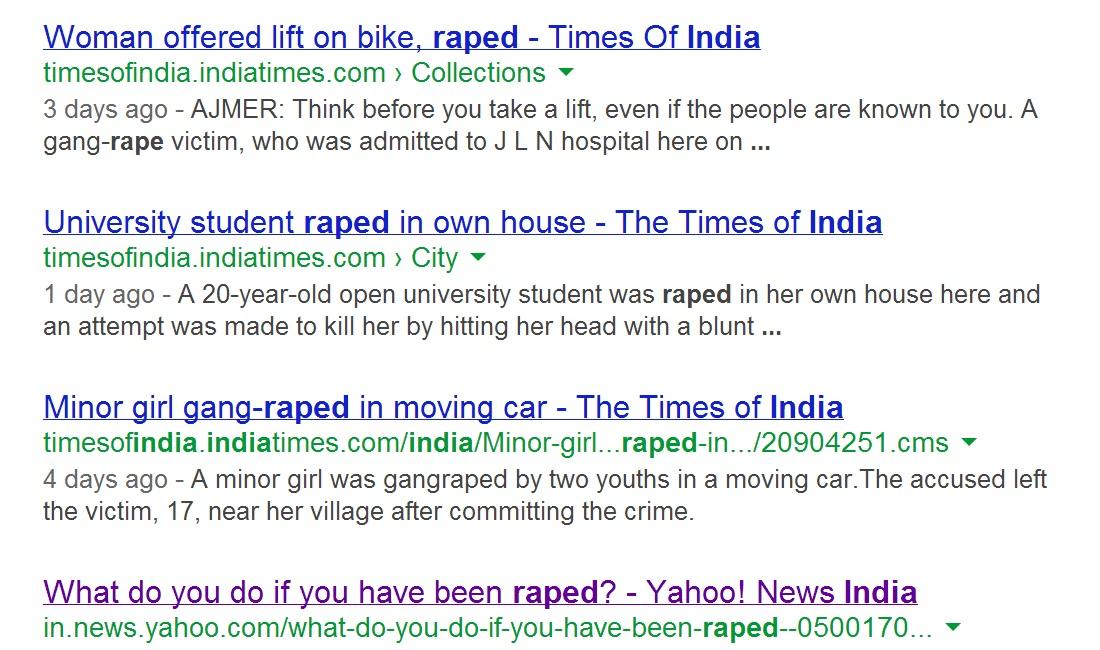 Now we know newspapers, especially the online variety, need eye-catching headlines. Keeping this in mind we are going to try rewriting the headlines in an active voice so the reader (whilst intrigued –> eager to click on news link –> amazed –> quick to post link on facebook & twitter –> all 500 friends/followers amazed –> link goes viral with 1,000,000,000 hits) does not get the impression that rape just happens to people in a “Girl soaked to skin while motorbiking in the rain” kind of way.

Does it really matter? Yes! It works on the same principle as the excellent piece that was attributed to Morgan Freeman (that later turned out to be actually from someone called Mark from Vancouver) after one of those American school shooting horrors:

What headlines such as the ones above do is

Here is what I think. If you are a reporter or writer, please use the active voice when you report rape and if you are that all-important person, the reader who reads/increases the hit-count to an article), please consider NOT clicking on regressive headlines and if possible boycott the paper that allows such biased reporting!

The life of the next victim depends on us not glorifying rape and being so passive.

Tilottama Shrinivasa is a mechanical engineer who is especially interested in mathematical modelling, structural analysis, biofuels, cats and dogs.

5 Responses to “What Grammar Says About Rape”