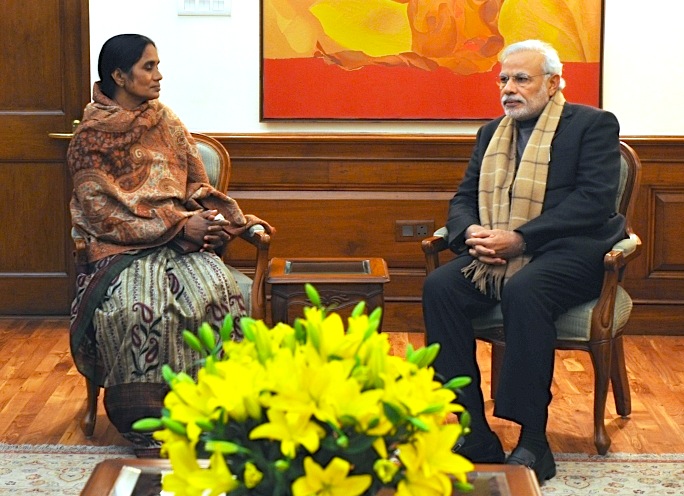 Yes, the law prohibiting the media from mentioning a rape victim’s name is fantastic (though not always followed). But when a victim, or her family, wants to reveal her name and the media refuses to call her by it – that’s a different story.

The late Jyoti Singh Pandey’s parents have been publicly using her name since 2013, have told us they want her name published. And yet the media insists on calling her Nirbhaya. This week, on the third anniversary of the gangrape that led to the Criminal Amendment Law Act of 2013, her mother Asha Devi told the media:

“My daughter’s name was Jyoti Singh and I am not ashamed to name her. Those who commit heinous crimes like rape, their heads should hang in shame, not the victims or their families. You should take her name too.”

This isn’t the first time either. In January 2013, not even a month after his daughter was gangraped and tortured, Jyoti Singh’s father told the UK media her name, saying,

“We want the world to know her real name…My daughter didn’t do anything wrong, she died while protecting herself…I am proud of her. Revealing her name will give courage to other women who have survived these attacks. They will find strength from my daughter.”

Why does the media insist on calling Jyoti Singh “Nirbhaya” then? Has “Nirbhaya” become a brand that we don’t want to let go of, despite her parents’ wishes? Are we, the media, too satisfied with the story that weaves itself around a name that means “fearless”? 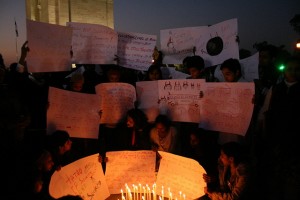 Despite being in a world of pain, Jyoti Singh gave a full statement to the police. That takes courage, yes. But what if we have taken that amazing show of courage too far? What if the name “Nirbhaya” doesn’t allow her to be human in our eyes, doesn’t allow her to be scared? She had a right to be scared if she wanted to. Would we respect her less if she had been scared, even for a moment, during the painful medical procedures she went through? Or is the very thought blasphemy?

Have we, as a nation, processed Jyoti Singh in the familiar way we process many women, by turning her into a goddess, while her parents, to whom she is all too human, protest on the sidelines? We’ve named her Jagruti, Damini, Amanat, Delhi Braveheart, India’s Daughter. Some of these names smack of deification. And have we done this because a goddess or a daughter/sister is the only kind of woman (or rape victim) we can respect? Is it so unthinkable that a woman should be treated as a human being, just like a man?

If we call Jyoti Singh “Nirbhaya”, maybe we can tell ourselves that she didn’t feel fear at all, the entire time from when she was first attacked – as perhaps a goddess wouldn’t feel fear. Maybe, therefore, her suffering is diminished for us, since we can’t keep the horror of her rape in our minds for more than a few years before we have to move on with our lives. And maybe it helps us think of the gang-rape of Jyoti Singh as an isolated incident.

Because that’s just it – this terrible, terrible incident in December 2012 woke us up to the ugly reality of sexual assault in India. And now we just want to hit the snooze button and go back to sleep. We don’t want to read the newspapers, and look beyond the newspapers, to understand the magnitude, the massive scale on which rapes of women and children take place in our country, because that would mean we’d have to change our worldview. That would mean we’d have to do something about it.

The most important thing that a clean, whitewashed name and brand lets us forget is that you and I, too, are complicit in Jyoti Singh’s gang-rape. Yes, you. Yes, I. We didn’t actually rape her. Our DNA wasn’t found at the scene. But we’re responsible for creating/contributing to/allowing what we call a ‘rape culture’ – which can be defined as a culture that uses rape as a tool to oppress its women. The December 2012 rapists aren’t extraordinary monsters from a nightmare that will go away. They’re real, and they’re everywhere (that means our homes too), raping, beating, harassing women – and we better be careful that we don’t allow them into our hearts and subtly condone their actions by turning Jyoti Singh into a neatly packaged, one-word brand.