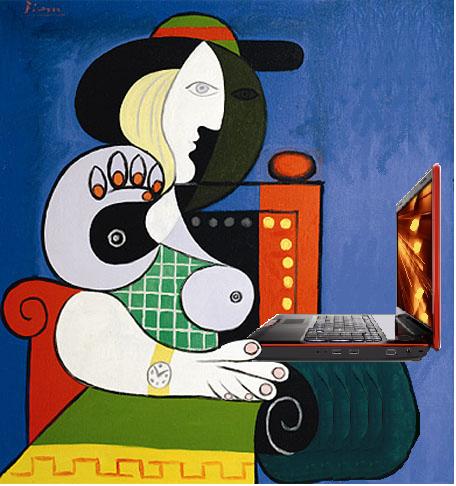 On the 24th of April the Telecom Regulatory Authority of India (TRAI) will close submission of comments on proposed net neutrality regulation. Net neutrality is a term we’ve been hearing an awful lot lately – and for those who missed John Oliver’s videos on the subject, there’s All India Bakchod with their own impassioned take on why we need to preserve net neutrality. Much of the current discussion on the subject has focused on net neutrality in terms of the Internet as a product. But what about the Internet as a space for community, for love, for social justice; as a space where all kinds of groups – including women – can express themselves and connect with others?

To some extent, by tracking users and deploying targeted advertising, corporate interests are already determining how we use the Internet. A lack of net neutrality could only further this control. As Gayatri Buragohain, founder of Feminist Approach to Technology (FAT) in Delhi, points out, “The internet has been designed by men, for men, thinking it will work for everyone.“ Smarika Kumar, a lawyer with the Alternative Law Forum in Bangalore, says, “The same gender power relationships which exist in the real world are also brought out on the Internet, and sometimes with more vigour, given the partial anonymity which the Internet offers, as seen in cases of online shaming and harassment.”

Nevertheless, the Internet has also provided an important space for marginalized groups to organise, communicate and make themselves heard – it’s been an important platform for discussions on gender, race, caste and sexuality, and women have been active participants here. So if the Internet has allowed the organisation of men’s rights activists and groups like Save Indian Family Movement, it has also allowed the presence of websites like Round Table India, media projects like Dalit History Month, and Twitter accounts like that of Genderlog . And although women privileged by class and caste may be more able to access the Internet, they are not the only ones on it. Buragohain says that her organisation FAT worked with a girl from an urban poor community in Delhi who had never used a camera, to set up her own Facebook page, through which she now communicates with other photographers. She says, “It is not just English-speaking, upper-class women who are using the Internet. Women are blogging in Hindi; through the Internet they are communicating with people in the fields they are interested in, something that might have not been possible before.”

As Mumbai-based Bishakha Datta, who runs websites such as Point of View, which promotes women’s voices, and Sexuality and Disability, puts it, “Ten or 15 years ago, only activists were speaking about feminist issues in the public domain – today, individual women are participating in this conversation, without being represented by non-profits or NGOs. [The Internet] has, to some extent, broken the divide between who’s acceptable and who’s not, and allowed 50 shades of feminism to flourish – all in the same space, all challenging each other and jostling for attention. I follow many shades of feminists on Twitter – porn performers, adult bloggers, sex workers, rural journalists, anti-violence activists, etc. This coming together and being in the same space, this too is a good thing.”

“If feminism is about moving towards healthier and positive attitudes around the social labels of gender and of woman,” says Kumar, “then I think the Internet has helped bring to the public eye much of such discussion.”

Prajnya is a small Chennai-based non-profit that works on issues related to peace, justice, and security. Its founder, Swarna Rajagopalan, wrote recently in an article about net neutrality, “Our physical presence is tiny. But people who only know us through social networks, our blogs and our resources, see us as a very large organisation. Our footprint is large because we have been able to use a free Internet as a strongest support system and our most expansive platform.”

Similarly, Paromita Vohra, a Mumbai-based filmmaker who runs Parodevi Pictures, a independent outfit that is doing a non-profit project online this year, says she relies on the Internet to have people learn about her organisation’s work. “We obviously hope to bring people to our work, to an extent, organically, on the basis of interest. As a non-commercial outfit, we would find ourselves swamped out of visibility by big commercial endeavours. The way people use the Internet right now – with one thing leading to another, where they follow their interests and come to these more niche spaces like ours, that habit itself will be undermined with regulations and with internet.org-style contexts.”

The ease of access to any site via a mobile device now depends on the net pack that an individual purchases. Within a non-neutral Internet, it will be easier to access some sites like WhatsApp and Facebook, and more difficult to access smaller sites that are unable to pay their way into the fast lane.

Datta says making access to some sites harder will mean fewer visitors to sites like hers. “(Net neutrality regulation) will affect the ability of sites like ours to get users vis-à-vis privileged sites. Less easy to reach means less use and traffic, and this affects our ability to create change at the level we’d like to – a level playing field is essential for this! If there’s differential speeds based on pricing, it’s doubtful that we will be able to pay for higher speeds,” she says.

Namita Aavriti of ALF, whose area of interest has been sexual speech and expression, says, “I can see that independent voices, amateur productions and content, spaces for diverse sexual expression – chatrooms, hookup sites etc. will perhaps not be as easily accessible without net neutrality. What is also obvious is that there will be more knowledge and data about sites that any user is visiting, even if it is just to keep track of kinds of usage for billing or to improve the delivery of telecom services. What is called deep packet inspection might be used to track traffic and then can be used for censorship on political issues or sexual speech. This might sound paranoid, but it’s a bit bizarre that we have laws that forbid the opening of someone else’s postal mail but it is okay for telecom companies to inspect what data is being sent or received by a person.”

Another concern for feminists and activists, Aavriti says, should be that we already operate in a domain where corporate interests are determining what news we get, and the Internet was one way to get around that.

According to a paper published in IIT Kanpur, “It is estimated that during the year 2004-05, male to female ratio in IT services and software segment of the industry was 76:24”. In a non-neutral web context, those like Buragohain are concerned that the everyday privilege men enjoy (as true online as it is offline) will only be amplified. At this point, the effects of imposing net neutrality regulations in India can only be talked about hypothetically, but it doesn’t take a genius to predict that fewer women in IT equals fewer minds that are looking at the Internet in terms of how women might use it.

But for now, net neutrality regulation doesn’t seem like something we’re doomed to have, if the million or so petitions sent to TRAI are anything to go by. Flipkart has withdrawn from the Airtel Zero program, while NDTV, Times Group, Cleartrip and NewsHunt have withdrawn from internet.org. Even politicians like Ravi Shankar Prasad and Rahul Gandhi are for net neutrality. And according to Kumar, there are still a number of basic, important questions on the issue that have not been debated in public. “We need to think about what kind of Internet we want for ourselves – remembering that there’s empowering feminist discussion as well as revenge porn out there, do we want equal treatment of all kinds of content? Do we want everyone to be equally exposed to a wide variety of content from a wide variety of sources on the Internet? Do we know what sort of conditions can enable Internet access for everyone?” When these conversations haven’t yet taken place, Kumar says, net neutrality regulation hardly seems an inevitable outcome.

Image credit: “Seated woman with blog, after Picasso” by Mike Licht via flickr/CC BY 2.0.

14 Responses to “Why Should Women Care About Net Neutrality?”