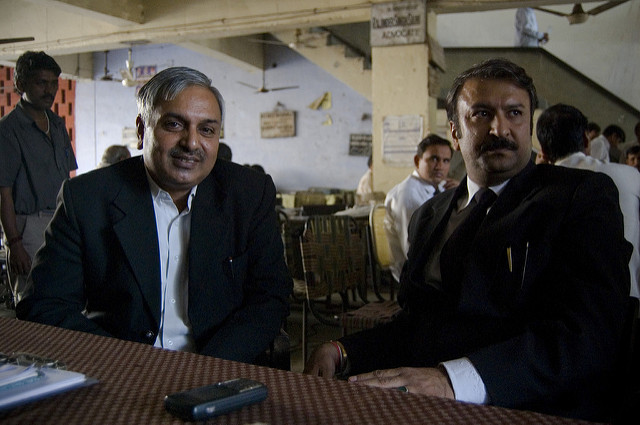 If you thought it was bad that in the Supreme Court’s history, only six women have ever been sworn in as judges (including one, ONE, sitting judge), or that currently, only 2 out of 24 High Court Chief Justices across the country are women, get this: recent figures from the Supreme Court point out that only 12.5 percent of the senior counsels in the last 23 years have been women. And a recent search by Legally India shows that only 2.8 percent of members in bar councils are women (8 out of 12 bar councils do not have a single female member).

These numbers reflect a deep problem, one of structural issues within the Indian legal system. Ratna Kapur, Director of the Centre for Feminist Legal Research, believes gender biases are ingrained in the Indian judiciary. She says “male insecurity” and “rampant institutionalised sexism” have meant resistance to women becoming senior advocates. Since 2006, the percentage of women selected into senior bar counsels has been only 6 percent in Mumbai, and 8 percent in Delhi. What is more surprising is that neither the Supreme Court nor the High Courts have any publicly available data on the number of women who have applied to become lawyers.

The very process of selection to become a senior advocate includes facing a panel that has very few women judges. In November 2015, senior Supreme Court lawyer Indira Jaising filed a PIL against the Supreme Court, the Bar Council of India the law ministry, attorney general and the associations of the Supreme Court bar and advocates on record about the selection process.

In her petition, she says, “there is no transparency in the procedure, no criteria laid down for determining excellence in advocacy and no rational nexus between the persons designated and their excellence or no rational reason for rejection of persons of eminence and ability.” The process had become like a “beauty contest” she said, more about popular votes than “informed discussion among judges on the merits of each candidate.” She also filed an RTI application seeking the resumes of all those nominated for senior counsel. It was declined.

In 2013, a principal of a law college wrote that for the past 25 years, women had emerged as the toppers from Indian law colleges. Rebecca John, who was appointed senior advocate by the Delhi High Court the same year, said in an interview, “The legal community is a closed club. Women often do better work than men but rarely get noticed. That’s because men have better access to judges, which gives them more chances of being in their good books when it comes to the final selection.”

In 2013, the then Former Chief Justice P Sathasivam once said at a function that women lawyers were extremely important in matters concerning domestic violence, gender discrimination, child abuse and violence related to women and children, since women have greater empathy, understanding and acceptance among the victims. This may be true in many cases, but it is entirely possible to call for better gender representation without reducing women’s professional ability to a greater capacity for empathy.

Image credit: Lawyers_16 by Hermesmrana via Flickr/CC by 2.0