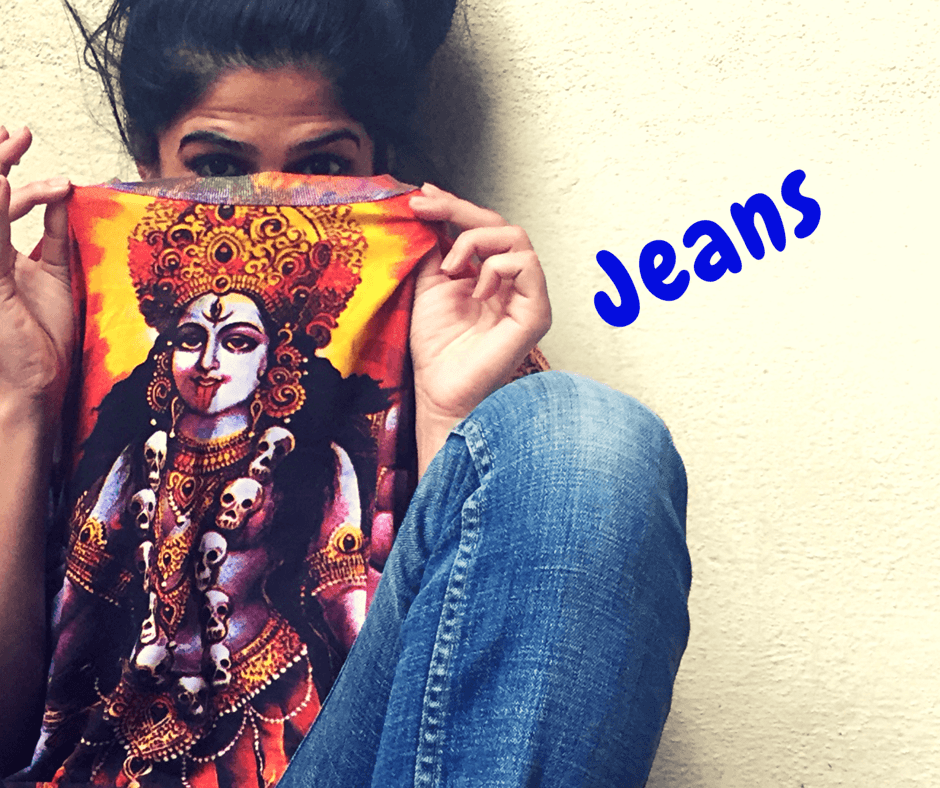 This week, everyone in Bangalore was talking about one bad man Shreyas, after Instagram user @kawnchawn detailed her horrifying experience of non-consensual sex with him after a Tinder date, in a chilling set of videos that has now been taken down. As journalist Anoo Bhuyan points out in this Twitter thread though, her story clearly resonated with nearly every woman who heard it: her Instagram followers shot up from a few hundreds to over 13,000 at the time of writing, and women continue to rally round and support her, even as the Shreyas in question has begun using his own Instagram handle to begin a smear campaign against her. The details of this story are alarmingly familiar to so many women all over the world, and also reminded us of this thoughtful read in The Cut, about consent, good men, bad men and badly educated men. 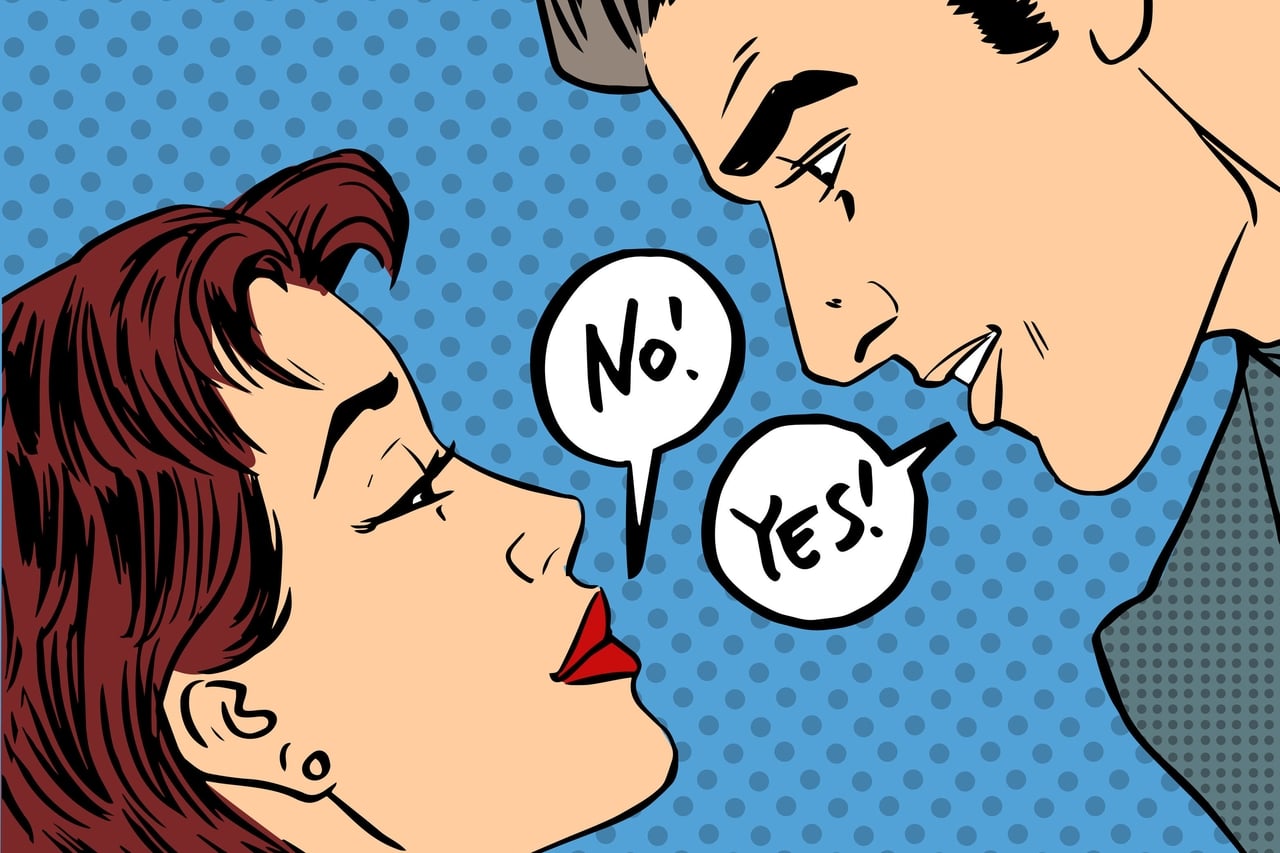 To stay on this sombre note for just a little while longer, we also found thisinterview with writer Alice Bolin on Dead Girls that we wish didn’t really have to be taken in 2018, but since it was, we’re glad it was so good. The interview, between Hope Reese and Alice Bolin, discusses the Dead Girl Show— “a genre of entertainment that centers around solving the mystery of a dead, or missing, girl”, and talks about the privilege of certain gendered and racialised bodies, while trying to understand exactly what makes us so drawn to shows and stories centred around dead girls at all. 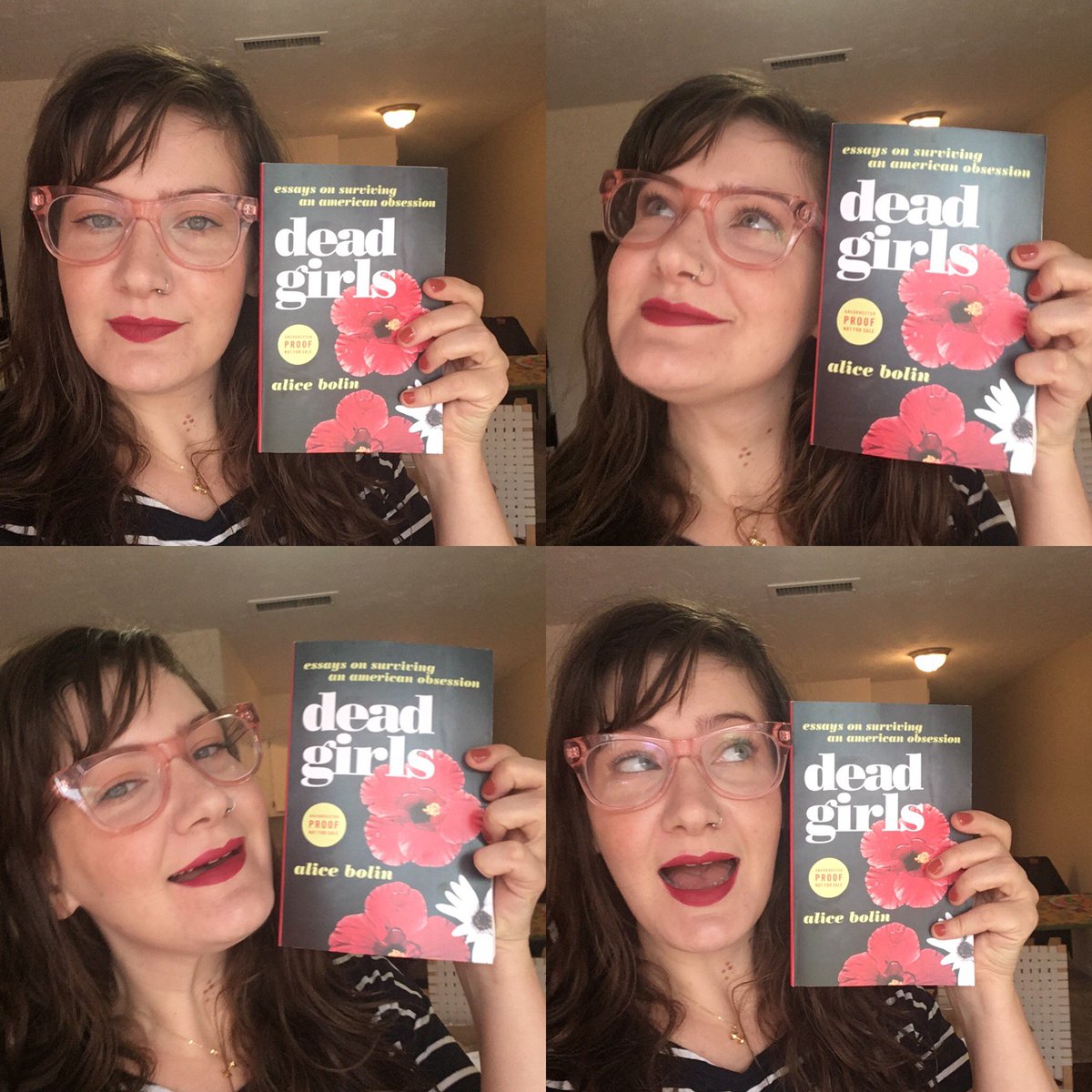 On the note of creepy and irritating things, here’s an article that confronts the idea of ‘Friday the 13th’ as doomsday or, even worse as a date that has been snatched away from women. Kimberly Lawson traces the history of this much dreaded day, which in ye olden times was actually “a very powerful day for feminine energy and creativity,” Read it to try and channel these “divine and magical powers” of the good ol’ times that women supposedly develop when on their period. 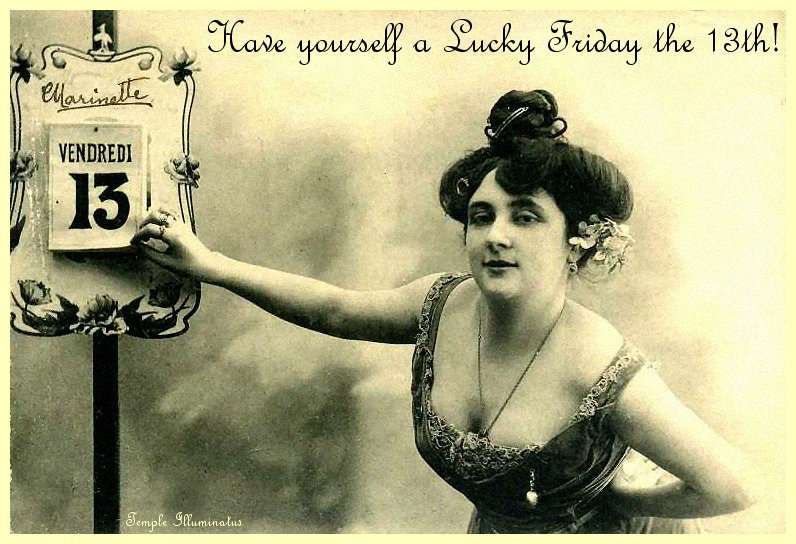 For those of you who are not sufficiently creeped out, sample Shirley Jackson’s gothic horror novel The Haunting of Hill House, which seems to have scared American short story author Carmen Machado, who we can’t imagine ever being scared at all. She said it made her “unable to do anything except keep reading and praying the shadows around me didn’t move.” If you’re still unconvinced, check out the other recommendations in the article by 13 authors that will give you the chills. 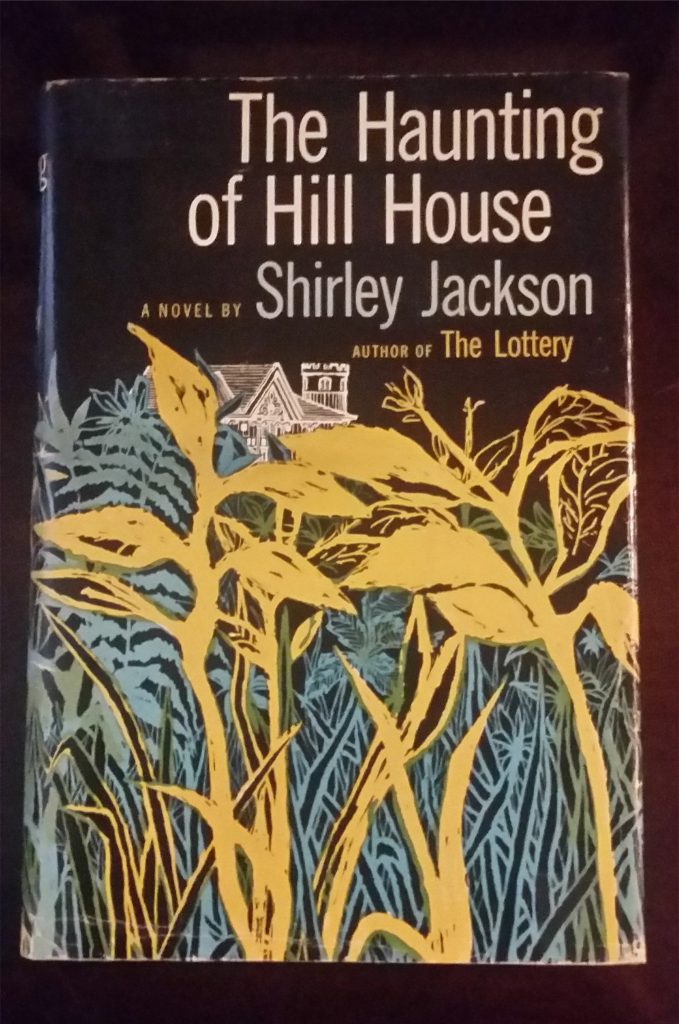 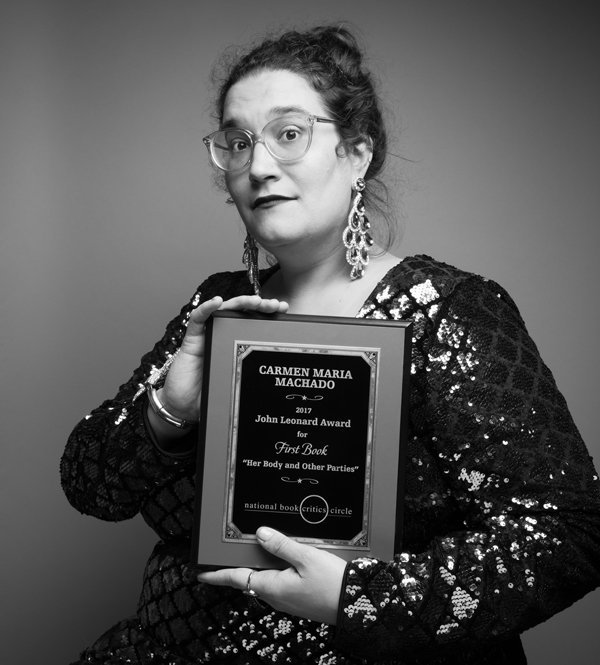 Okay done, let us move swiftly on to happier things.

This lovely article in The New York Times called ‘I Love Performing Those Songs. But What About the Gender Politics?’ by Broadway actor Melissa Errico, tells us just how women in theatre are breathing new life into classic characters steeped in the misogyny of their time. It’s amazing how Errico’s subtle tweaks and touches transform wildly outdated characters into feminist icons. Now we don’t have to feel guilty about enjoying unproblematic renditions of Eliza Doolittles and Guineveres. 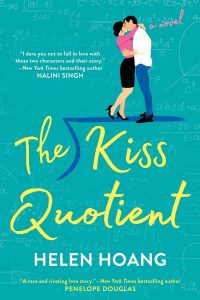 But here’s what happens when you actively try to fuse your art with your politics: Helen Hoang’s new book “The Kiss Quotient”, a multicultural love story with an autistic woman as the protagonist, has taken the boring, heteronormative romance genre by storm and opened up an important dialogue about the need for more diversity in romance novels. This article, also in The New York Times, apart from being an amazing recommended list for diverse romance novels, tells us why it’s easier to find romances about werewolves than differently abled people, and how Hoang’s book could be a gamechanger.

Did you know that hamaara own ex-TLF Apoorva Sripathi has started a new column on women and food in movies in silver screen? Ocean’s 8, she writes, shows Sandra Bullock and team eat constantly and casually without a care in the world, something few movies have allowed women to do. The idea seems bizarre, but the evidence is all there. Turns out, heartbroken girls shoveling ice-cream into their mouths or Tamil moms leaving the last bit of food for their sons is the only kind of eating we see women do on screen. Read Sripathi’s ‘When Was The Last Time You Saw Women Casually Eat In Movies?’ to truly appreciate how Ocean’s 8 shows women eating the way they want to for no other reason than they can. 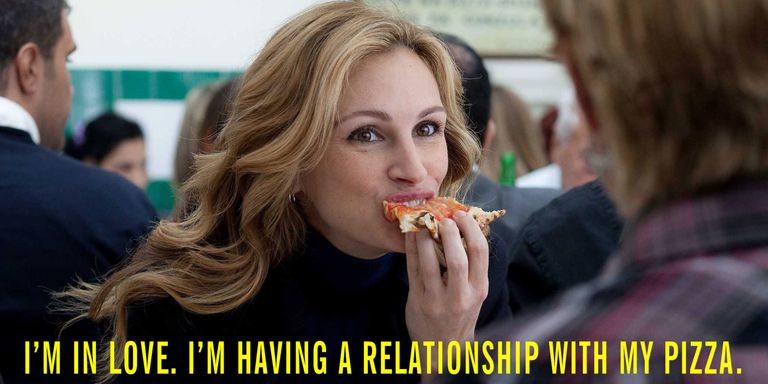 On the subject of all-women heists, is there anything purer than female friendships? Female friendships forged over shared efforts to overthrow the patriarchy, maybe. This adorable picture posted by feminist activist and author Kamla Bhasin in honour of her “gurus”, fellow activists Devaki Jain and Vina Mazumdar will make your day 110% brighter. Forget a picket fence and grandkids, all we want is to grow old with our feminist friends and still be kickin’ it like it’s 1986. Malayalam actor Kani Kusruti and her writer pal Yama Gilgamesh have the right idea. Watch them do the Congo and other dance moves too wacky to name in matchy outfits to Raat Baaki Baat Baaki, and you will also want to grab your best gal pal and dance it out.

If you’re as obsessed with The Crown as we are, you need to look at these recently released images for the new actors in Season 3. We’re most excited about Princess Margaret, because let’s be real, that’s where the real drama is at, and Helena Bonham Carter looks absolutely sinister and, cigarette, winged eyeliner et al. While we’re talking about Royal scandals, here’s a conspiracy theory we’ll wholeheartedly buy into, because Queen E is just that badass. A detailed Twitter thread “spills the tea” on how Queen E has been using brooches to diss Trump and put her love for the Obamas on full blast. Sample this – E wore a brooch for tea with the Trumps, and previously, her mother while attending her father’s State funeral wore this brooch. There has never been a more convincing rhetoric on the Queen, head canon accepted.

The Queen of England may have her own private mode of communication, and France is not to be left far behind. Its capricious Queen Marie Antoinette had a delicate penmanship befitting a queen. How do we know this? The Morgan Library and Museum will showcase on 16th September the handwriting of more than a hundred major artists, authors, composers, and historical figures. Entertainer Josephine Baker’s signatory note in a casual yet contained hand is another addition to the list. From French royalty to Broadway royalty these women have left their mark in ink and the now the world can see it. We wonder if the newest addition to the British Royal family Meghan Markle will make it to the list anytime soon.

Also, this article in The New York Times by Lauren Collins details BBC’s China editor Carrie Gracie’s experiences with BBC and their “secretive and illegal pay culture”. Wage disparities are real even in the biggest organisations, and Carrie Grace is letting the world know it.

Talking about wage disparity, another man who has been sitting on his bum when it comes to the issue is US President Donald Trump, a very diaper clad ass at that, thanks to British witticism. If Queen E brooches didn’t broach the subject of a British snub to the U.S leader, a giant floating balloon shaped like a baby Trump in diapers clearly set the idea afloat. The orange balloon Trump Baby was seen floating over the Parliament Building in London, kickstarting a series of protests during Trump’s visit to London. The British are calling Trump a giant tantrum throwing baby, and we couldn’t agree more. Maybe Mike Pence can give him a diaper change now? 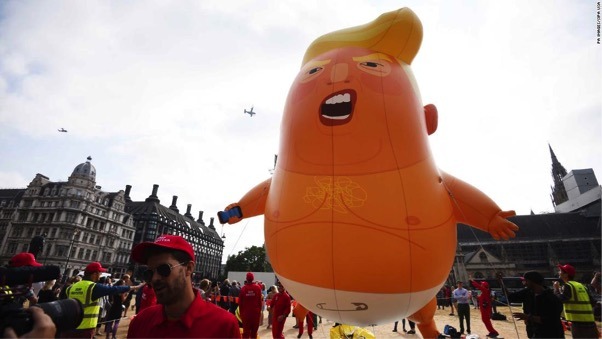 While we are discussing babies, let’s skate swiftly away from mainstream news and read this article by Aeon that talks about an age-old Mongolian tradition where music is played to coax a mother camel to bond with a newborn that she has rejected, usually because of the pain of childbirth. There’s enough stigma around human women not instantly forming a lifelong attachment with their babies the instant it’s born, but spare the animals at least.

💥 Rukmini S, writing in the Indian Express discusses the data around crimes against women, and tells us that the question is not whether women are safe, but whether they are free. Read.

💥Do you talk to your phone personal assistant? Should you? This fascinating read in Aeon tells us how Artificial Intelligence plays a role in regulating our emotions. Read.