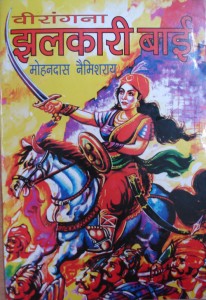 “Jhalkaribai (November 22, 1830 – 1858) was the legendary Dalit woman warrior who played an important role in the Indian Rebellion of 1857 during the battle of Jhansi. She was a soldier in the women’s army of Queen Laxmibai of Jhansi. Born into a poor Dalit family, she started her career as an ordinary soldier in Laxmibai’s army, but rose to a position of advising the queen in vital decisions. During the rebellion, at the height of the battle of fort of Jhansi, she disguised herself as the queen and fought on the front to let the queen escape safely out of the fort.” Read this and other cool, cool historical facts over at Dalit History Month, a participatory radical history project. The website uses beautiful timelines and crowd-sourced information to create a very important intervention by young Dalits. 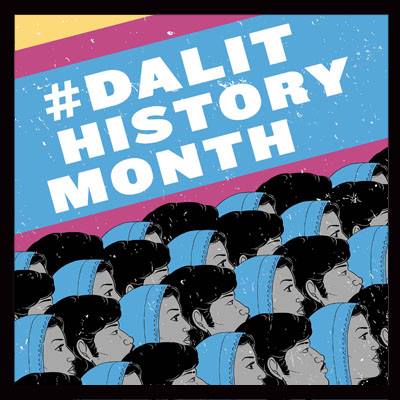 “We must celebrate every April as Dalit History Month to bring into history the unknown documents and speeches of Dalit leaders, in a way that will impact society at large.” writes Paari. chelian over at Round Table India. The Dalit History Month Collective will be doing events (both offline and online) as part of this project, including a Dalit-led Wikipedia Hackathon at MIT. The organisers write that “the centerpiece of our efforts is the participatory timeline accessible at www.dalithistory.com. This timeline was collectively authored by Vee Karunakaran, Christina Dhanaraj, Asha Kowtal, Sanghapali Aruna, Thenmozhi Soundararajan, and most importantly by you!”

So go over and check it out. Read, write, share, remember.

One Response to “April is Dalit History Month”