I am not unaware of the futile and rather self-defeating purpose of the headline. But how can one not address the biggest film of the season? So here we are. The question, of course, is where do I begin? Because the movie has no comprehensible structure, much like an (at least) 8-dimensional hypercube. But I am not attempting to seek logic in this hacked-to-death superhero potential. Because Bhai is omnipotent, omniscient, omnipresent, omniefficient and…omniomnient. 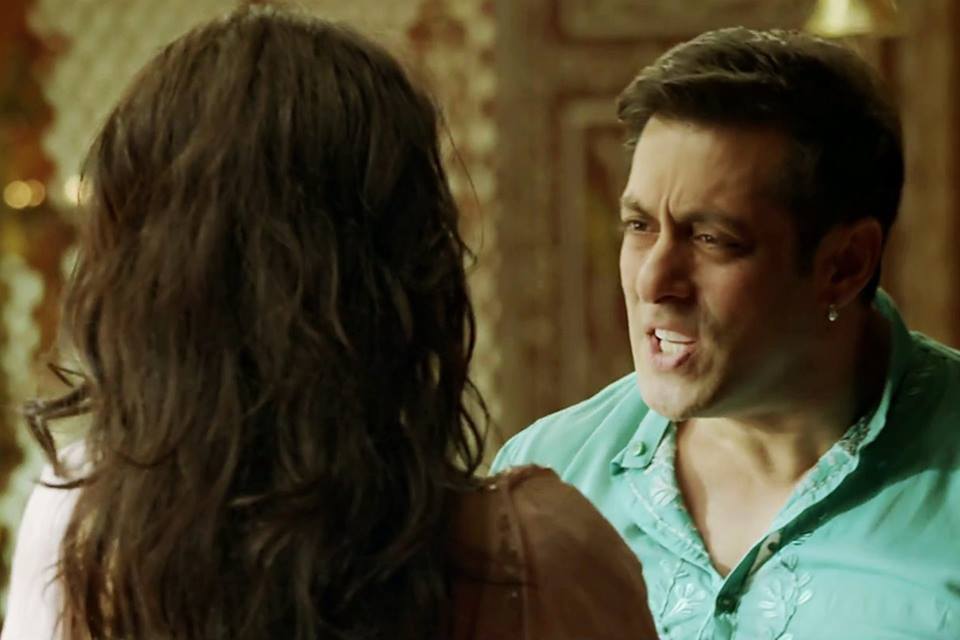 A bit of the story for context: Salman Khan plays Devi Lal Singh – Batman meets Tony Stark meets Captain America meets Black Widow meets Jimmy Neutron. On acid. In Delhi, he dates Shaina (Jacqueline Fernandez), a psychiatrist who becomes a Pussycat Doll after consuming alcohol. They break up. Shaina moves to Warsaw where she is depressed, listless and reads Marilyn Hardy’s Worthless. Devi Lal puts on a mask, becomes Devil and loots corrupt rich people. Meanwhile, Himanshu (Randeep Hooda) is an arranged marriage prospect for Shaina and a supercop who solves all cases by shooting people or blowing them up. The only stain on his spotless career is Devil. Himanshu and Shaina meet in Warsaw, where Himanshu is following up on a clue that Devil left for him, and Shaina is trying to forget Devi. Then Salman re-enters their lives as Devi while secretly plotting his next heist as Devil, and his target is Aslam (Nawazuddin Siddiqui, who plays The Joker without any make-up).

There are named women characters in Kick, but they’re all ferries to and from Salman’s character Devi. There’s the love interest, Shaina. Her purpose in the movie is to tell Himanshu the story of Devi. No wait, there’s more! She is the learning aid that Bhai uses to teach us how to stalk and sexually harass women as a form of courtship. Shaina responds to his advances only after watching a viral video of him beating up and lecturing eve-teasers and apathetic bystanders. However, I must point out that all of Salman’s Shaina-teasing antics were really working with the girls in the movie hall, who were all giggling – by which I mean it wasn’t haha-this-is-ludicrous but heehee-this-is-cute. I guess everyone finds 50-year-olds monkeying around cute.

I’m certain that while both Devi and Himanshu appear to be interested in Shaina, their true romantic feelings are for each other. Their phone conversations are flirty. Both of them can’t stop talking in rhymes, they leave little clues for the other, chase each other across the globe and save each other’s lives. And when found in each other’s presence, neither can stop grinning. Whereas Devi only gifts Shaina whimsical things like an emptied-out pumpkin with flowers in it, Himanshu is too busy romancing Devil to get Shaina anything.

Then there’s Devi’s mother (Archana Puran Singh). Her role is to defend her aankhon-ka-noor and (literally) feed him milk. Oh but hold it, the mother is not a named character. So exit mom. Shaina’s grandmother and sister chiefly exist to nudge her to find a boy to marry. There is also Jhumki, the cute, tiny girl in the neighbourhood. Her job is to make Salman look cute and charitable. Her secret job (yes, spoiler alert!) is to be saved by Salman.

I can’t write this next line with a straight face (because what was I even thinking, right?). Kick fails the Bechdel Test.