Will a single week go by without a vaanthi rule concerning women from some hostel coming to our attention? Looks unlikely. Now, it seems the International Student House for Women (ISHW) and Meghdoot Hostel of Delhi University banned everyone from exiting their hostels on Holi. 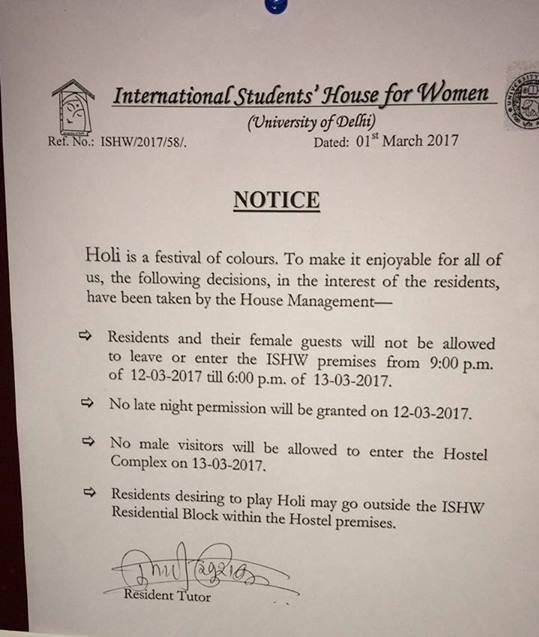 The notice posted by International Student House for Women said that the restrictions were in place so that Holi could be made “enjoyable for all of us”. How exactly does locking women in hostels make Holi enjoyable for anyone again?

Pinjra Tod said in a Facebook post that this isn’t new, and that every year, women are locked up in their hostels on the occasion of Holi to “protect” them from sexual assault. It’s so bizarre that sexual assault is presumed to be this natural on a religious holiday, and that the preferred method of dealing with it is to ensure that women don’t leave their rooms.